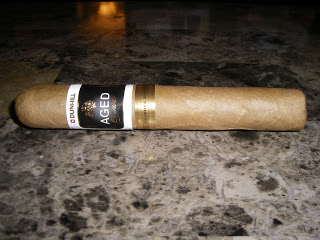 British American Tobacco International is adding a new cigar to its Dunhill brand.   Cigar Aficionado has provided some preliminary information to the new Dunhill Aged Reserva Especial 2003.   This cigar is positioned as a limited edition cigar.  Perhaps as interesting as the new cigar is that the article quotes Dunhill Cigars head Yves Politi as saying that this is the first of several projects being planned for Dunhill in 2013.

The Dunhill Aged Reserva’s distinguishing point is that it uses 10 year old Dominican tobaccos.   The cigar is being made in a single size.

Dunhill Cigars are distributed in the United States by General Cigar Company.

Here are the particulars on this cigar: