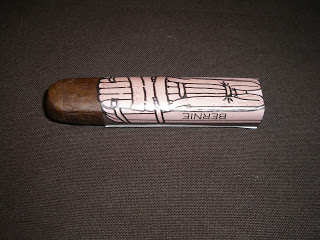 Hall of Fame NHL goaltender Bernie Parent announced on his web-site that he is collaborating with Rocky Patel Premium Cigars on a cigar.  The cigar will be called Rocky Patel BSB #1 Bernie Parent Cigar.  The BSB is a reference to his former team, the Philadelphia Flyers’ nickname -“Broad Street Bullies”.

Parent said the project was developed by Nish Patel.  Parent goes on to describe the cigar as a medium to full-bodied blend.  He said it will contain banding that is in the shape of goalie pads.  The cigars will also be packaged in an orange and black box.

As for the cigar itself, the only details are that the cigar will have an Ecuadorian wrapper.  Parent also said the plan is for 500 boxes to initially be launched.

Parent played 13 seasons in the NHL for the Boston Bruins, Toronto Maple Leafs, and Philadelphia Flyers.  It was with the Philadelphia Flyers where he helped lead them to Stanley Cup Championships in 1973-74 and 1974-75.   In each of those seasons he won the Vezina Trophy (Best Goaltender) and Conn Smythe Trophy (MVP in the playoffs). Parent remains a popular figure in the Philadelphia metro area to this day.