News: H. Upmann Legacy Vitola to be Launched in Charlotte 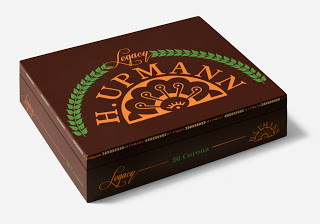 Altadis USA is planning a new vitola to add to its recently released H. Upmann Legacy line.   The new size will be launched at Cigar Dave’s annual “Charlotte Invasion” live broadcast event on June 1, 2013 hosted by Tinder Box of the Carolinas at the Ballantyne Resort in Charlotte, North Carolina.  The details of this announcement were made on the March 9, 2013 Cigar Dave radio broadcast.

The H. Upmann Legacy made its debut earlier this year and was launched in three sizes.   The new size will make its debut at the Cigar Dave event.  At this time, no details on the size or shape have been disclosed.

This year marks the 15th annual Cigar Dave event hosted by Tinder Box of the Carolinas.  This is the first time in five years that an H. Upmann cigar has been launched.  In 2008, the H. Upmann Reserve Maduro was launched.  Other exclusive world premiere launches have included: the Frank Llaneza (2009), A. Turrent Triple Play (2010), and A. Turrent Puro Corojo (2011).

The H. Upmann Legacy recently scored a 94 on our assessment.

Here is a summary of this cigar’s composition: