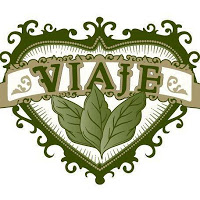 As a part of the event, Viaje Cigars founder Andre Farkas will be in attendance.  Farkas, who only does a handful events per year will be making his first event appearance in the Charlotte metro area.  It is also believed to be his first event in the Carolinas.

Not much is known about the Secret Sauce, but this not a surprise as there usually is an element of mystery around Viaje releases.  Farkas has been known to bring event only cigars to many events he has does – such as the Viaje Exclusivo Corona Gorda.

Not much is known about the Secret Sauce other than it is a 5 1/4 x 56 Gran Robusto, , but this not a surprise as there usually is an element of mystery around Viaje releases.  Farkas has been known to bring event only cigars to many events he has does

The event will revolve around the latest round of cigars that are being shipped by Viaje. We’ve covered these cigars in detail over the past few weeks and they include: the Viaje Exclusivo Super Lance, the Viaje Zombie Super Shot, and the Viaje White Label Project Super Shot.  Outland also has an inventory of many previous Viaje releases.  Outland Cigars has also told us they will be receiving the event only Viaje Exclusivo Corona Gorda and the Viaje Platino Lancero.

The event is expected to have raffles and Viaje swag available as well.  The times for the May 17th event are 5pm to 10pm.

Source: Content for this announcement was provided by Outland Cigars. Cigar Coop will post information as a free service to all cigar companies that choose to send Cigar Coop information to share.

Editor’s Note:  We have corrected the name as being “Secret Sauce” as per Viaje.  Our apologies for this mistake.  Additional updates around the Secret Sauce and event cigars were added.