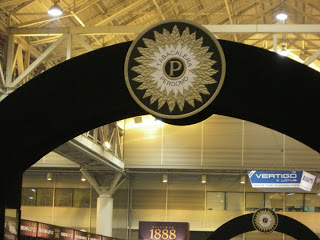 With the 2013 IPCPR Trade Show less than two months away, Perdomo Cigars has begun to provide some tidbits of information of what is going to be showcased.  Over the past few weeks, they have mentioned a new cigar line called the Perdomo Champagne Sun-Grown and a new size to their 20th Anniversary line.

No size information was disclosed, but the company mentioned the wrapper is a Cuban seed from Jalapa.  The comments by Perdomo Cigars were as follows: “This one is so smooth and full of flavor! Rich notes and a complex flavor that you will love from morning until night. Rich Cuban Seed sungrown wrapper grown in the fertile Jalapa valley..If you loved the old Perdomo Reserve Sungrown. You are going to really really going to love this one!! This one is very special and of course with great Perdomo pricing!!”   On the 5/18/13 edition of Kiss My Ash Radio,  Billy Perdomo indicated the Perdomo Champagne Sun Grown would have same binder and filler, but would have a Sun Grown wrapper.

In addition, company Vice President Arthur Kemper recently told the folks at Over a Cigar at the 2013 Cigar Fest that a sixth vitola is coming to the Perdomo 20th Anniversary line.  Kemper mentioned that this is a 6 1/2 x 48 (which he described as a “Short Churchill or Corona Extra”.  This would be the thinnest ring gauge in the 20th Anniversary line.  Kemper said that this cigar would be launched at the trade show.