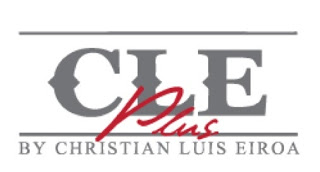 Christian Eiroa is adding a new blend to his CLE Cigar line.  The CLE Plus will become the fourth blend in the CLE line.  Information on this release was provided to Cigar Coop via a company press release.

It was back in December, 2012 where we first learned of the CLE Plus when Eiroa was a guest on Kiss My Ash Radio.  The cigar has finally been announced and is targeted for a late June, early July 2013 release date.  It is expected that this cigar will be showcased at the 2013 IPCPR Trade show.

Along with the newly announced EIROA line, the CLE Plus is one of the first cigars being produced at Eiroa’s new Aladino Factory in Danli, Honduras.  The cigar is targeted for a late June / early July, 2013 release.  When the CLE line was launched last year, it was being made at the Camacho factory as the Aladino factory was not opened.  Plans are to migrate production of the CLE line to the Aladino factory in the upcoming months.

The cigar is described as the “full bodied CLE Corojo cigar the market has been asking for“.


Eiroa said in a press release regarding both the CLE Plus and EIROA lines, “I am making the introduction of this new factory with two new blends that are representative of my passion for bold and full bodied cigars.  These two new Honduran puros deliver strength and flavor like nothing I have ever done before; I believe in them enough to name them after my family and me: The EIROA and the CLE Plus.“

Here are there particulars of the CLE Plus:

The CLE Plus is described as a Honduran puro.  It incorporates Corojo tobacco in the blend, although specifics were not elaborated

Source: Some information for this article was provided via press release to Cigar Coop by Fabricas Unidas