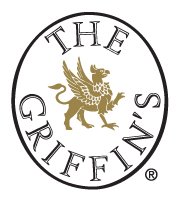 The Griffin’s has unveiled their tenth release of their annual limited production “Special Edition” line for 2013.  This release is a change of pace of what has previously been released and is entitled “The Griffin’s Casino Special Edition.

The Casino Special Edition will be packaged into boxes of 21.  There will be 17 cigars known as “Casino”, but there will be four additional cigars known as “Joker”.  In addition the packaging has a Casino theme.  The box can be re-used as a mini blackjack table.  The packaging also includes cards, dice, and chips.  In the past the Special Edition series has been associated with innovative packaging including tubes and jars. 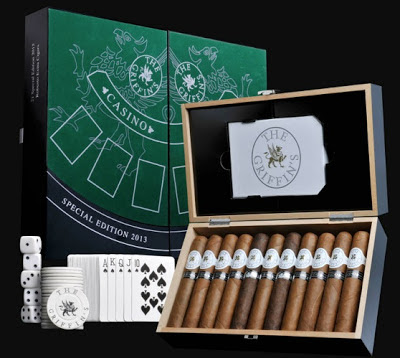 The series has been known for its innovative packaging and tobacco blends.

The following is the blend for the Casino Cigar.  The Joker cigar has not been disclosed: