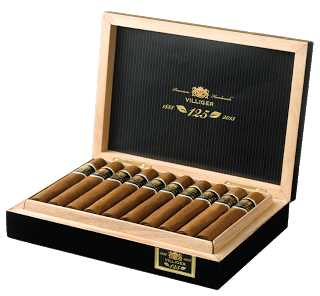 Villiger Cigars will be launching a cigar to commemorate the 125th anniversary of the company. The Villiger 125 will start out as a limited production cigar and be released in three sizes.  Initial information on this release appeared in the 6/25/13 Cigar Insider and 6/25/13 Cigar Aficionado.  Additional information was later provided in a press release to Cigar Coop by Villiger Cigars.

Villiger Cigars can be traced back to 1888 when Jean Villiger established Villiger Cigars in Pfeffikon, Switzerland -where the company remains today.  The company today is under the leadership of Heinrich Villiger.  The company has been involved with selling pipe tobacco, smokeless tobacco, and machine made cigars. Lately, there has been an emphasis on premium hand-made cigars.  Last year the company released its Colorado and Talanga lines.  Earlier this year, the company released three blends its value-priced NicaRoma line. 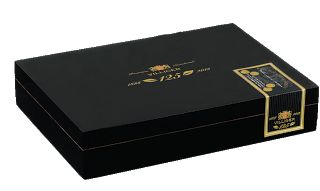 The cigar will be launched at the 2013 IPCPR Trade Show in Las Vegas with targeted availability for mid July. The first production will be limited to 30,000 cigars (1500 boxes).

Here are the particulars of the cigar:

According to the article in Cigar Aficionado, the Villiger 125 will be made at the Plasencia factory in Esteli, Nicaragua.

Two of vitola names (Lucerne and Canton) represent regions of Switzerland – where Villiger is based. Mondo is actually an Italian word for “world”.  All three vitals use a 56 ring gauge and the cigars will be packaged 20 per box.