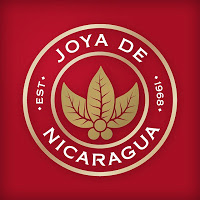 Joya de Nicaragua has announced a line extension to its Antano 1970.  This will add a 7 x 60 vitola to the line and is being dubbed the Antano 1970 Big Bull 760.  The cigar will be launched at the 2013 IPCPR Trade Show in Las Vegas and ship to retailers in September. Details of this announcement were provided to Cigar Coop via a press release.

The Antano 1970 is a Nicaraguan puro that was launched 13 years ago.  Because of its full strength and full-body, it was at the time  considered to be a game-changing cigar in the industry.  The name Antanomeans “yesteryear” in Spanish and according to Joya de Nicaragua, this is a word that perfectly expresses the soul of the company.

In the press release Dr. Alejandro Martinez Cuenca, Master Maker and Owner of Joya de Nicaragua said, “Antano was born thirteen years ago as a result of Joya’s vision to push the boundaries of strength and power, and for all these years we have consistently delivered that. Now we are satisfying the overwhelming demand from our hardcore Antano lovers for a larger cigar, one that packs even more muscle. But be warned! This is not a cigar for everybody, its for those who can withstand a long lasting and powerful smoke.”

The Big Bull 760 becomes the 11th regularly offered vitola in the Antano 1970 line:

Source: Some information for this article was provided via press release to Cigar Coop