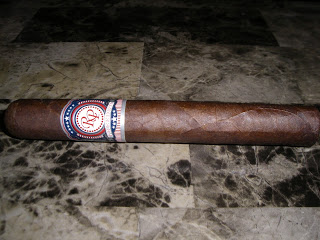 Rocky Patel Premium Cigars has recently announced a sampler pack to its Freedom line dubbed the Rocky Patel Freedom “The Works” Sampler. The sampler pack is a limited production offering that will introduce five vitolas previously not seen in the line.

The sampler pack will contain ten cigars which includes two cigars of each of the new vitals.  Production is being limited to 1,000 ten count packs.

The Freedom by Rocky Patel line was launched a the 2012 IPCPR Trade Show. It was launched in four vitolas.  Our experience with the Toro scored the blend a 92.  The cigar also earned an Honorable Mention on our 2012 Cigar of the Year list.

At a glance, we look at the Rocky Patel Freedom “The Works” Sampler.

Blend ProfileWrapper: OscuroBinder: NicaraguanFiller: NicaraguanVitolas Available
The Freedom “The Works” Sampler adds the following vitolas to the Rocky Patel line.  While these are limited, it brings the total number of vitolas in this line to nine.

Source: A press release printed by Cigar Journal was used as reference to this article