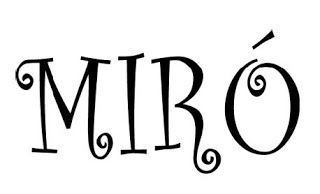 Kuuts, LLC has announced they will add a limited edition Special Edition Lancero to its Miro Brand. While Kuuts has worldwide distribution, the lancero is being planned to be a U.S. market release only.  The line extension would become ht fifth vitola in the Miro Brand.  The release is targeted for mid 4th quarter of 2013.

According to a press release from Kuuts, “The Miro Lancero will keep the same basic characteristics of the
original blend with more emphasis on flavor for the true traditionalists
that enjoy this vitola.”  John Gonzalez, Vice President of Kuuts goes on to explain, “What started out as a private smoke for our Operations Manager Gabriel
Alvarez, turned out to be a future project. After traveling throughout
the US, the obvious demand for a quality Lancero still exists. I thought
it was time to release it as a Special Edition with the possibility of a
full release in the future.”

The Special Edition Lancero is being limited to a production of 500 – 10 count boxes for a total of 5,000 cigars.  It will carry a suggested retail price of $10.00 per cigar.

Earlier this year Kuuts announced its intentions to enter the United States market. The cigars are made by Compania Hondurena
de Tabacos and has a strong presence in Europe.  The company recently opened a new factory in Danli, Honduras.  Kuuts LLC was established to distribute the Miro brand along with Placeres Reserva and Tabacalera Zapata

At a glance, here is a look at the Miro line: