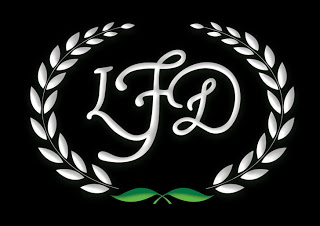 Great Neck, New York-based retailer Tobacco Plaza has recently released an exclusive blend by La Flor Dominicana.  The cigar is known as the La Flor Dominicana TP Triple Threat.  The name is derived from the fact that this particular blend is a triple ligero, triple maduro blend.

According to the Tobacco Plaza web-site the blend was inspired from a dream by Tobacco Plaza co-owner Danny “Double D” Ditkowich.  Ditkowich then spoke to La Flor Dominicana owner Litto Gomez on this idea, and the wheels were put in motion.  The cigar was officially launched at an October 16th dinner that featured Gomez.

The cigar is packaged in boxes of ten.  According to Tobacco Plaza, “less than 50 boxes” were made available.

The La Flor Dominicana Triple Threat is the latest in a series of retail exclusive cigars released by Tobacco Plaza in 2013.  Other releases in 2013 include the Heisenberg TP40Q by Quesada, and the Padron TP40.  In 2012 the store unveiled the Tatuaje Exclusive Series Tobacco Plaza DD.

At a glance, here is a look at the La Flor Dominicana TP Triple Threat:

Other than triple ligero and triple maduro tobaccos, no origins were disclosed of the wrapper, binder, and filler.

The La Flor Dominicana TP Triple Threat has been released in one size – a 6 1/2 x 52 toro.