At the 2014 ProCigar Festival in the Dominican Republic, Quesada Cigars was expected to unveil their long-awaited 40th Anniversary cigar – and that’s exactly what happened.  Numerous attendees of the festival have been taking to social media to show pictures of a Salomon press cigar.

The Quesada 40th Anniversary Salomon Press is a unique cigar in that is a salomon shape with a box-pressed section in the center – something that appears has never be done before.

Unique vitolas are nothing new to the Quesadas.  A couple of years ago, the Quesada Q D’etat Molotov was designed to be in the shape of a molotov cocktail.

Announcements by Quesada Cigars have also been par for the course at the ProCigar festival.  In 2011, the company created a lot of buzz with the Quesada Seleccion Espana.  In 2012, the company showcased the Quesada Q d’etat Howizer, and in 2013 they unveiled the Fonseca Cubano Exclusivo.

The company posted the following photo on their Facebook page of the Salomon press: 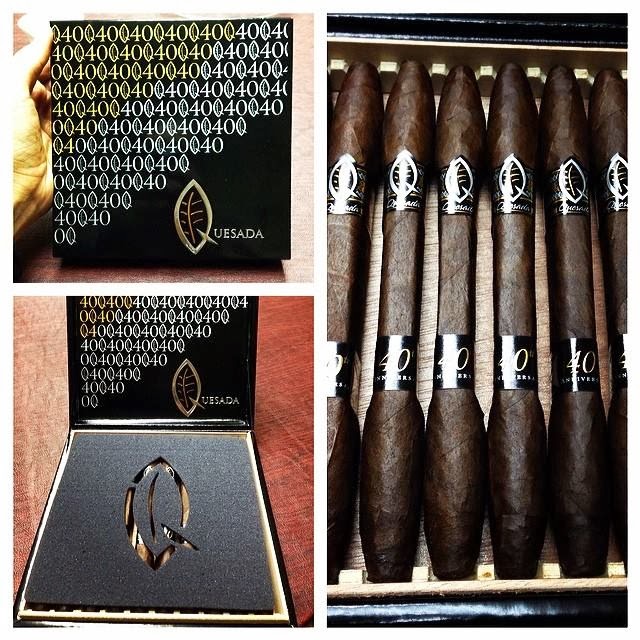 IFollowing the festival, photos of a Toro press were posted on the company’s Facebook page: 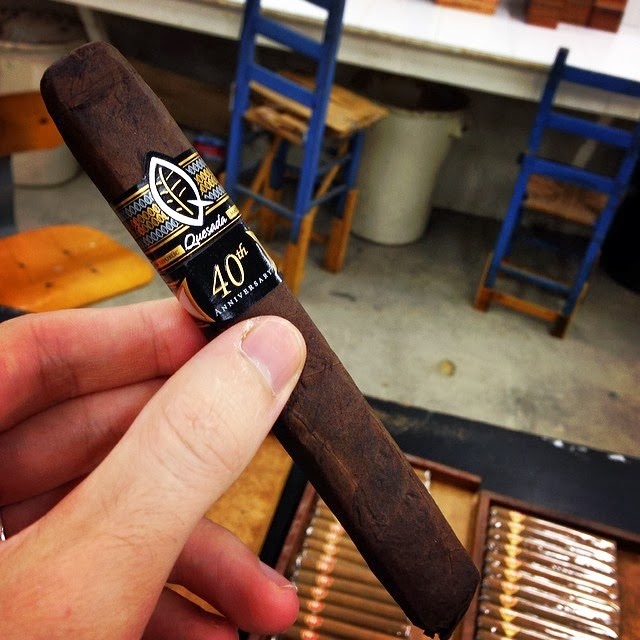