Last week we reported on a flagship line of cigars being launched by Oscar Valladares Tobacco and Company called Rosalila.  Valladares’ name may be familiar to cigar enthusiasts as he collaborated with Pittsburgh retailer Jim Robinson on the Leaf by Oscar line.  Rosalila, along with Leaf by Oscar is being produced by Valladares’ company and distributed in the U.S. by Puros de Ballard.  With the case of the Rosalila, Valladares has put together a series of four distinct Honduran puros – each with a different wrapper.  Today, we take a look at the Rosalila Mundo Celestial Connecticut.  I’ve been impressed with the work Valladares did with the Leaf by Oscar series and now it appears this great work is carrying over into this new line.

The name “Rosalila” comes from an actual Mayan temple in the Copan region of Honduras.  The product’s packaging matches the color schemes of this temple.  Valladares wanted to demonstrate his pride for his Honduran heritage, and thus reflected this in the packaging and the fact that the cigars are Honduran puros.

In addition to the Mundo Celestial Connecticut, the company is producing a Maduro (Inframundo Maduro), a Corojo (Mundo Presente Corojo), and a special cigar called Chicha.  The Chicha is packaged as a bonus cigar in boxes of the other three Rosalila blends, it is a cigar that is infused with Chicha – a Mayan corn-based liquor.

Without further ado, let’s break down the Mundo Celestial Connecticut and see what this cigar brings to the table:

As mentioned, the Rosalila line consists of Honduran puros. The Connecticut seed wrapper for the Mundo Celestial Connecticut is grown in Honduras:

Currently, each of the blends in the Rosalila line are available in one size – a 6 x 50 Toro. The cigars are packaged 20 to a box and include the bonus Chicha cigar.

The band to the cigar has a Mayan styled look to it. The color scheme has a mix of green, yellow, red, gold, and a touch of black. The lower part of the band is mostly gold. On that gold background is the text “ROSALILA” in large red font with a thin black trim. Below that text is the tex “HONDURAN CIGARS” in a small, think black font.

Prior to lighting up my Rosalila Mundo Celestial Connecticut, I went with a straight cut to remove the cap and then proceeded with the pre-light draw. The dry draw notes provided both some classic wood notes as well as cedar spice. I also was able to detect a little natural tobacco flavor as well. Overall I considered this to be a satisfactory pre-light draw. At this point I was ready to light up my Rosalila Connecticut and see what the smoking phase would deliver.

The start to the Rosalila Mundo Celestial Connecticut started out with notes of red pepper. There was a slight salty component at the beginning that dissipated early on. Notes of citrus sweetness and wood surfaced in the forefront. The pepper became a close secondary note. The retro-hale provided a nice extra dimension as it layered a cedar sweet spice over the notes on the tongue.

Around the five percent mark, some cream notes joined in with the wood and citrus notes. The pepper slightly receded a little further into the background.

In the second third, the cream and wood notes continued to be in the forefront. At times I could also detect a natural tobacco flavor. The citrus notes moved into the background joining the red pepper in the background. In the second half, the wood notes. The cream notes slightly diminished. The citrus was also a secondary note, and there was now a slight increase in the pepper.

Toward the end, the wood and cream notes still were the main flavors. The pepper made a move toward the forefront, but never became a primary note. The end of the cigar was flavorful with no harshness. The resulting nub was soft to the touch and cool in temperature.

Overall the burn of the Rosalila Mundo Celestial Connecticut performed very well. The burn line remained mostly on the straight cut. There were a couple of slight jagged points in the burn line, but nothing that approached making this an uneven burn. I found the resulting ash to be on the firm side. The ash started out more on the white side, but got slight darker and more salt and pepper colored as the cigar experienced progressed. The burn rate and burn line were excellent. 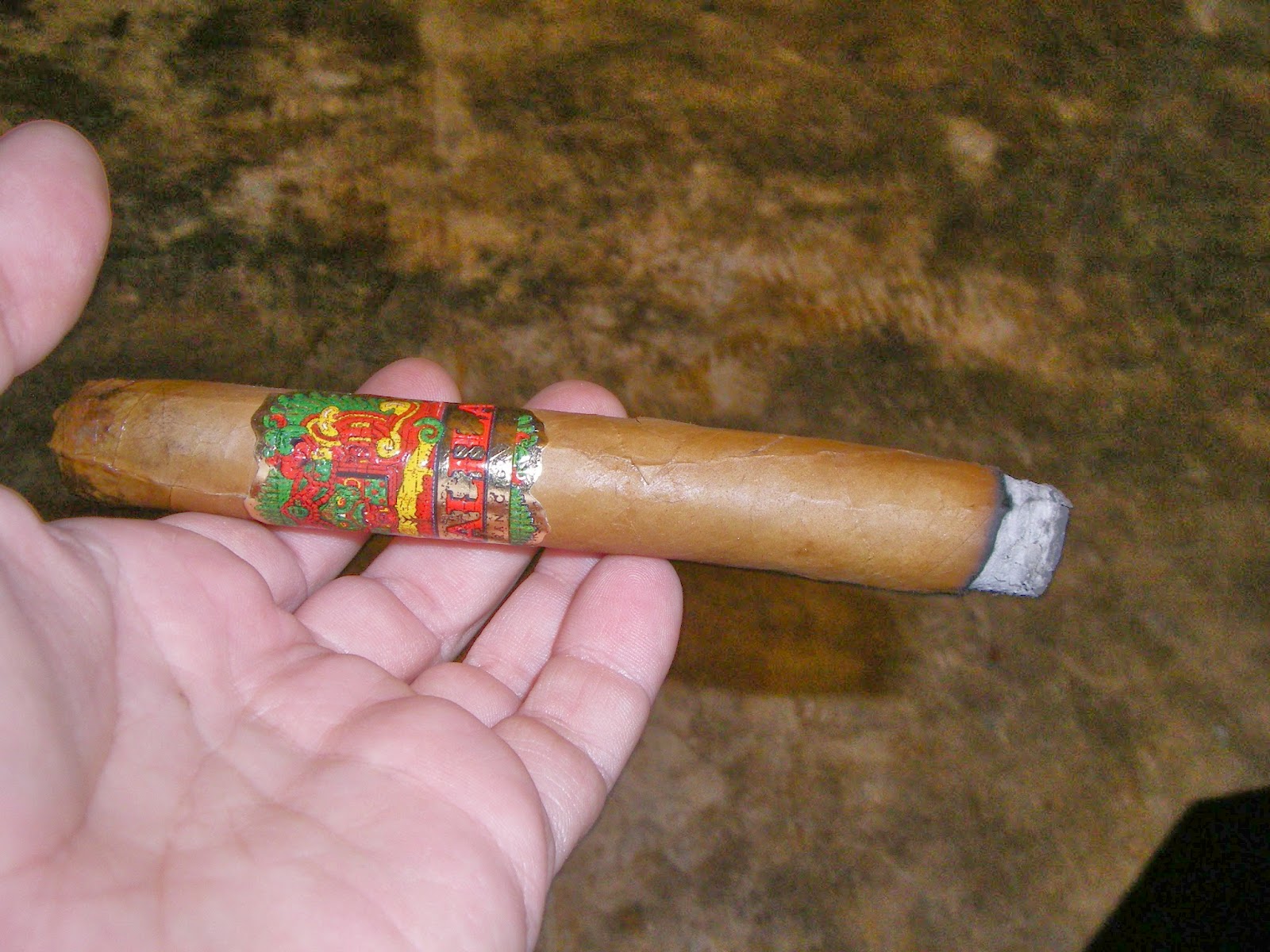 The draw also performed very nicely. It was not too tight and not too loose – making for an enjoyable cigar experience.

From a strength perspective, the Rosalila Mundo Celestial Connecticut stays on the mild side from start to finish. At the same time, the flavors did have some depth and weight to them. I found this cigar to be on the medium-bodied side from start to finish. This is definitely a cigar where body is definitely going to have an advantage over strength. At the same time, I found the milder strength really allowed the flavors to shine on this cigar.

Price: $9.00-$9.50
Source: Samples provided by manufacturer (*)
Stogie Geeks Podcast: n/a
Stogie Feed: n/a
* The cigars for this assessment were given to Cigar Coop by Puros de Ballard. Cigar Coop is appreciative for the sample, but this does not influence the review.