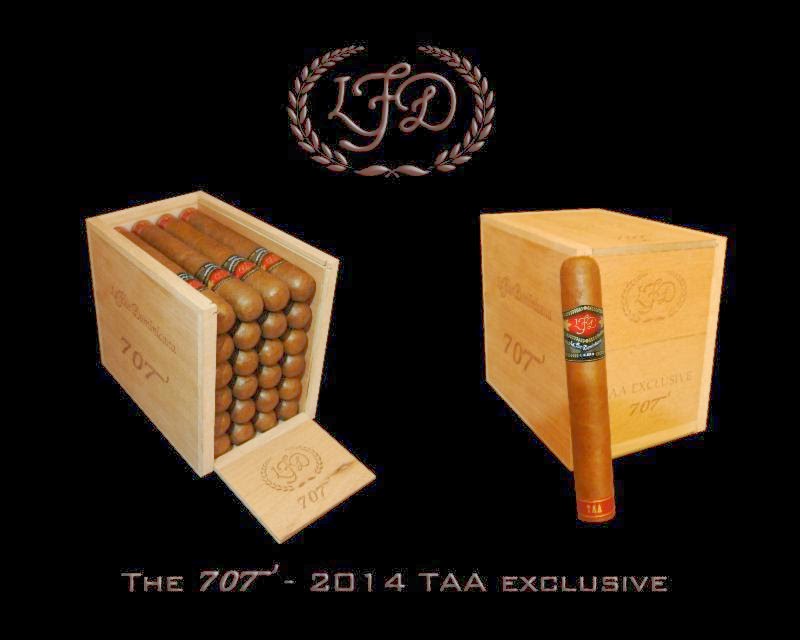 The list of manufactures providing cigars to the Tobacconist Association of America (TAA) for 2014 continues to grow.  Today, La Flor Dominicana announced it is once again providing a cigar to TAA members.  The La Flor Dominicana TAA Exclusive – the 707 will mark new ground for the company as it will be the company’s first 7 x 70 cigar.  It is based on the Ligero blend.

According to La Flor Dominicana, the 707 will only be available to those TAA members that attend the annual conference being held March 23 – 27th in Los Cabos Mexico.  The cigar is expected to begin shipping in April, 2014.

Late last year, the company announced the La Flor Dominicana Ligero L-Granu (Cigar Preview) which is a 64 ring gauge and up until the announcement of the 707 was the largest regular production ring gauge by the company.

Recently it was announced that Crowned Heads would be creatiing the The Angel’s Anvil TAA Exclusive 2014 as a 2014 TAA release.

At a glance, here is a look at the La Flor Dominicana TAA Exclusive – the 707.