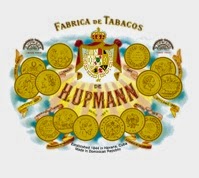 Altadis USA will be releasing a new cigar in its H. Upmann brand.  The H. Upmann – The Banker will pay homage to the original brand founder Herman Upmann.  Information on this cigar was first reported by Cigar Aficionado.com.

Upmann was a banker who in 1844 went to Havana Cuba and invested in a cigar factory – which became the H. Upmann brand.  According to the report, around the time the company was founded, Upmann created a Cuban tobacco blend for his best customers, friends, and family.  The H. Upmann Banker blend is meant to try to replicate a similar styled smoke.

A couple of weeks ago, another H. Upmann cigar that pays homage to Upmann’s roots in the banking industry – the H. Upmann Bank Note was announced as a limited production exclusive to the Tobacconists Association of America (TAA).

The cigar is expected to ship to Altadis retailers this month.  At a glance, let’s take a look at this cigar.

The Banker is being made in the Dominican Republic.

The H. Upmann Banker will be launched in three vitolas.  We have learned that the cigars are packaged in 15 count boxes.