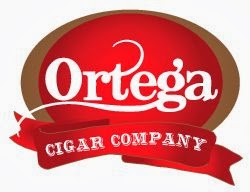 As many of our readers know, we have been following the Ortega Wild Bunch Series 2013 since it was announced late in 2012.  We have had an opportunity to smoke each of the releases.  The Ortega Wild Bunch 2013 series is a unique limited production cigar concept that was introduced by Ortega Premium Cigars.  The idea behind the Ortega Wild Bunch is to dedicate a cigar to various cigar enthusiasts whom company president Eddie Ortega has personally met during his time in the cigar industry. During 2013, each month a different cigar – in a different size and blend will be released as a tribute to these various people. As with the whole Ortega Wild Bunch 2013 series, one thing I can say about this series is each cigar has been very different from the others.  The obvious question is – how do the releases compare to one another?  Today, we look back at the 12 releases of the series.  Along the way we captured some metrics to make things a little interesting.

First up, we ranked the 12 blends and included some descriptions of the cigar, our notes on the cigar experience, and how we scored it.  It is worth noting that our scoring system changed two ways.

First our numerical scoring formula changed beginning with the 2014 Cigar Year. As a result, the January – September releases were originally scored with our old system.  For this ranking exercise, we re-scored these releases using the 2014 scoring system.

All scoring that was re-applied using the 2014 techniques are listed with (*).

This is probably the most ambitious limited edition project I have seen in the history of the cigar industry. Producing twelve blends and getting them to market had to be an enormous task.  Ortega Premium Cigars executed near perfect here and lived up to the challenge.

Overall, the series as a whole was excellent.  In particular I liked how no blends were alike in the series, and in just about every case offered something unique to cigar enthusiasts  Each of the blends were very unique and there is something for everybody in this series. 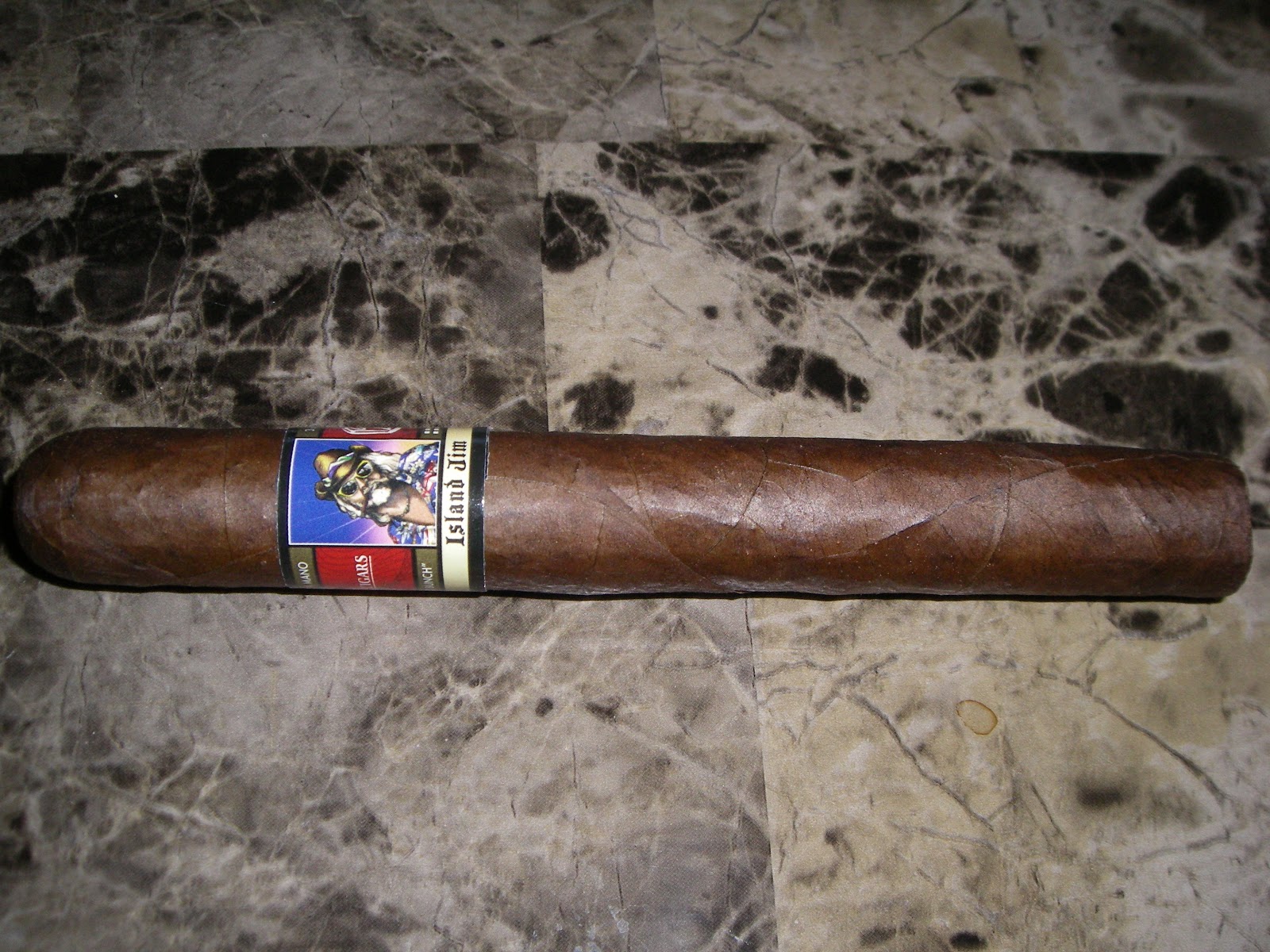 This selection of Island Jim should be no surprise to Cigar Coop readers that this sits a-top the Wild Bunch.  It scored a 93 and landed on our 2013 Cigar of the Year countdown.  This was the third release and fro this character’s image, it is known that this cigar was named after Pittsburgh cigar retailer Jim Robinson, who owns the Leaf  & Bean franchise.

This cigar delivered the total package in terms of flavor and complexity.  The mix of a mix of citrus, pepper, natural tobacco, caramel, seemed to pair perfectly with being on a tropical island.  In my opinion, this cigar also has the widest appeal of any of the Wild Bunch 2013 releases. 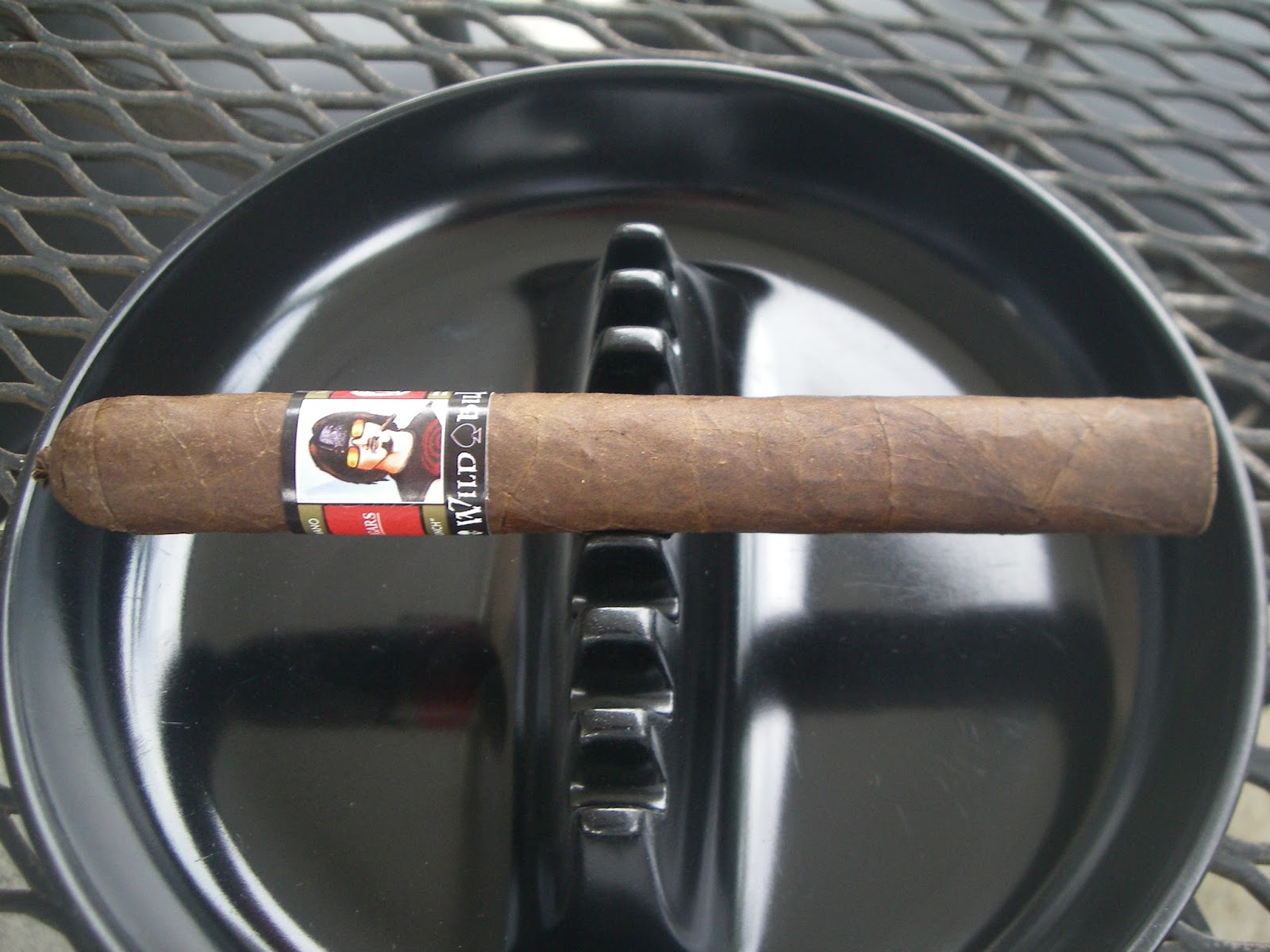 Wild Bill was the seventh installment of the series as well as the sixth Habano wrapper release,and the fourth Nicaraguan puro overall.  While its called “cheroot”, this is actually the first corona gorda of the series.

Somehow this release flew under the radar of many of the Wild Bunch 2013 releases.  This was a great example of “the perfect storm” of the ideal size for this blend. Wild Bill delivered notes of natural tobacco, chocolate, earth, citrus, and pepper.  A great example of the flavors balancing well on the pallet. 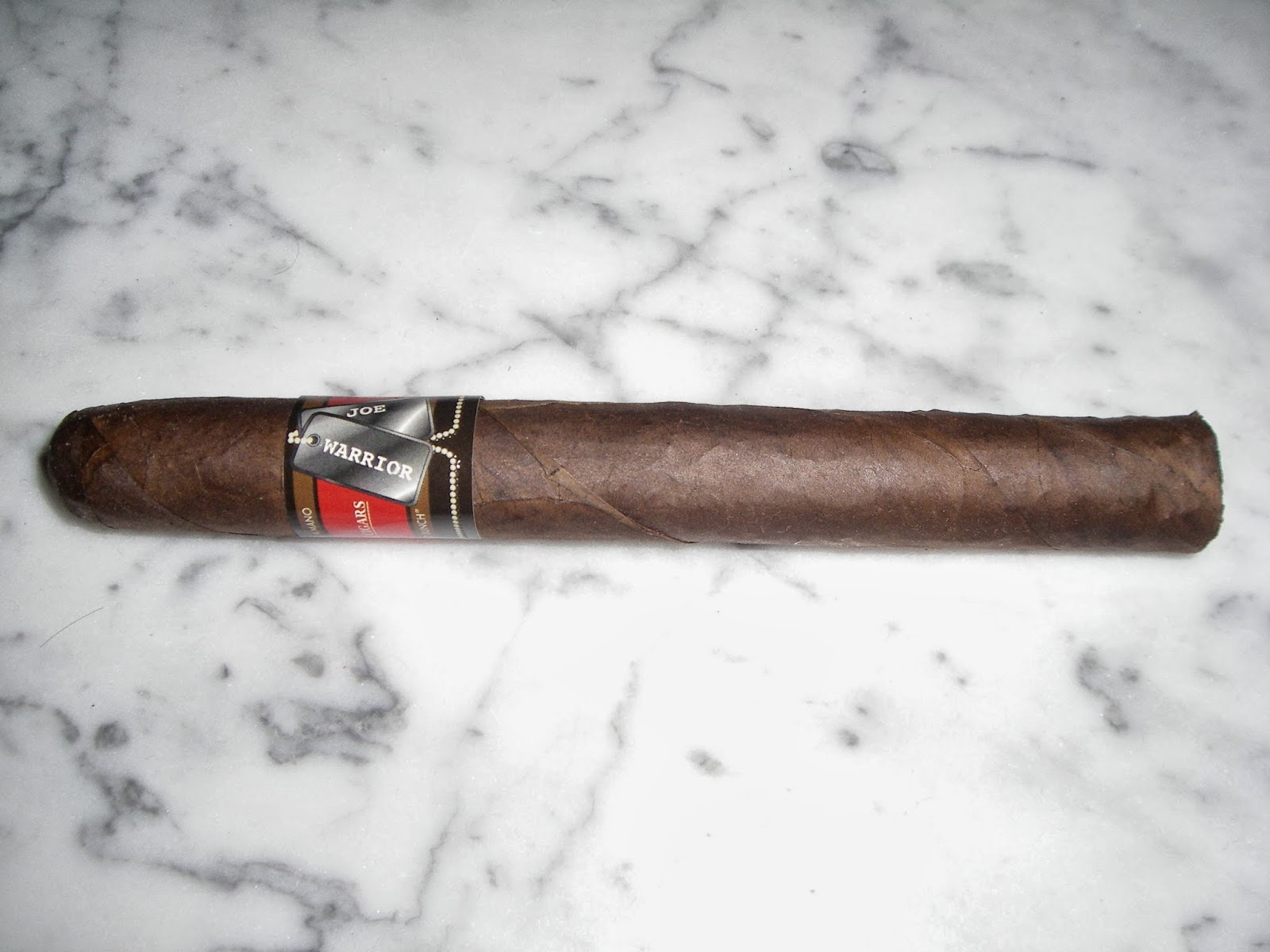 
Warrior Joe was the tenth installment of the Ortega Wild Bunch 2013 series. It was the second cigar in the series to use an Ecuadorian Sumatra wrapper and was the third rounded toro released in the series.

Warrior Joe had a classic Sumatra natural tobacco flavor. There is also some nice sweetness that complements the natural tobacco throughout this smoke – first in the form of citrus, and then with some caramel notes. In the early stages there is some cream that I detected. Finally, the spice was also on the sweeter side as I categorized it as more of a baker’s spice.  This was a most enjoyable cigar and also ranks as one of the underrated blends in the series. 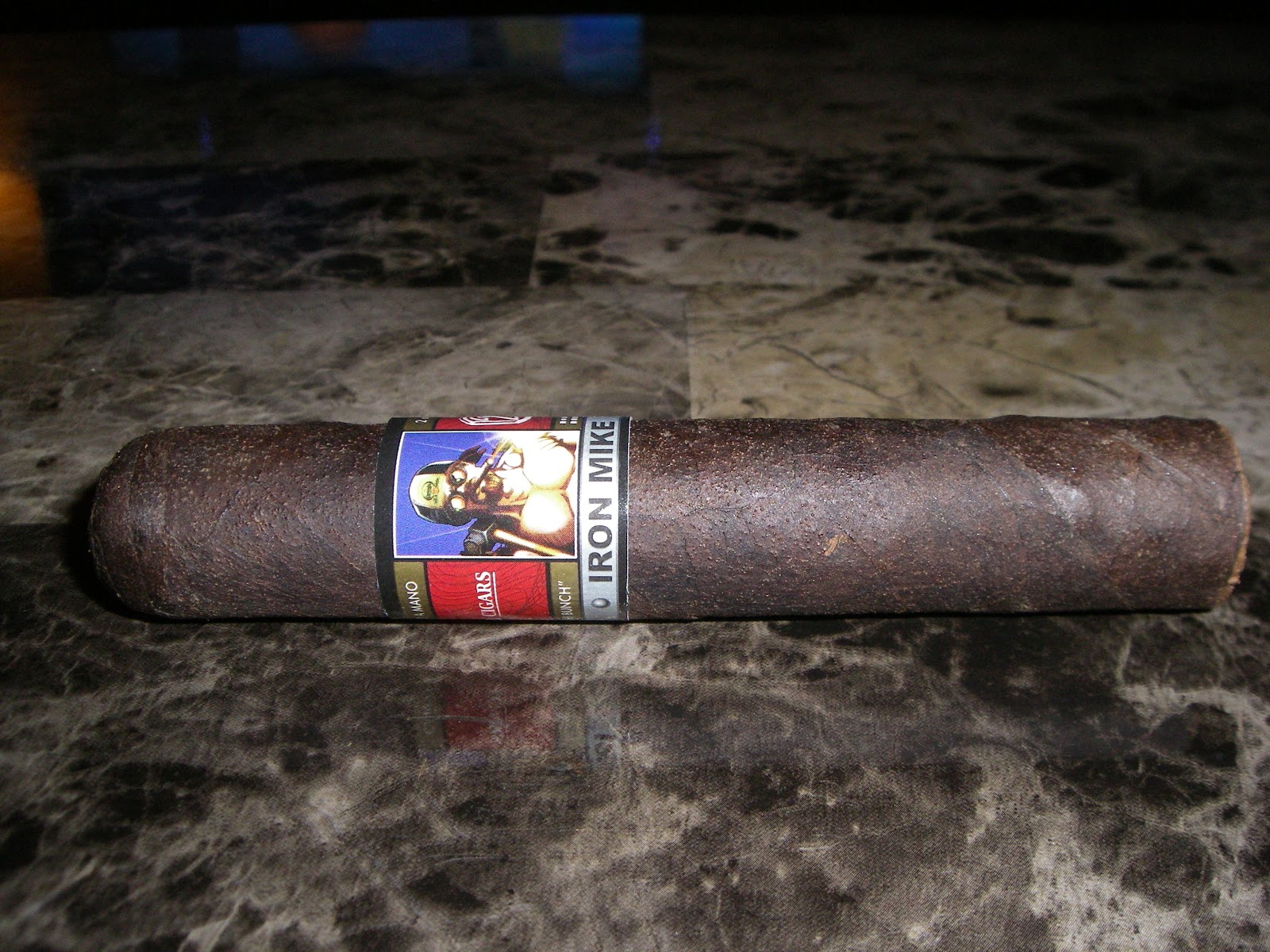 Iron Mike was the shortest size of the Ortega Wild Bunch 2013 series and the lone robusto released in the series.  This Nicaraguan puro featured a Nicaraguan Oscuro wrapper.

I found this to deliver one of the most unique flavor profiles delivered by a cigar in 2013.  While there are notes of roasted, coffee, earth, pepper, oak, and nut – perhaps the most interesting flavor is a mineral flavor that was present throughout the cigar experience.  Toward the end, the mineral note had a slight metallic taste to it – and I think worked in favor of this cigar’s flavor profile.

The unique flavor profile was something I enjoyed very much with this cigar. 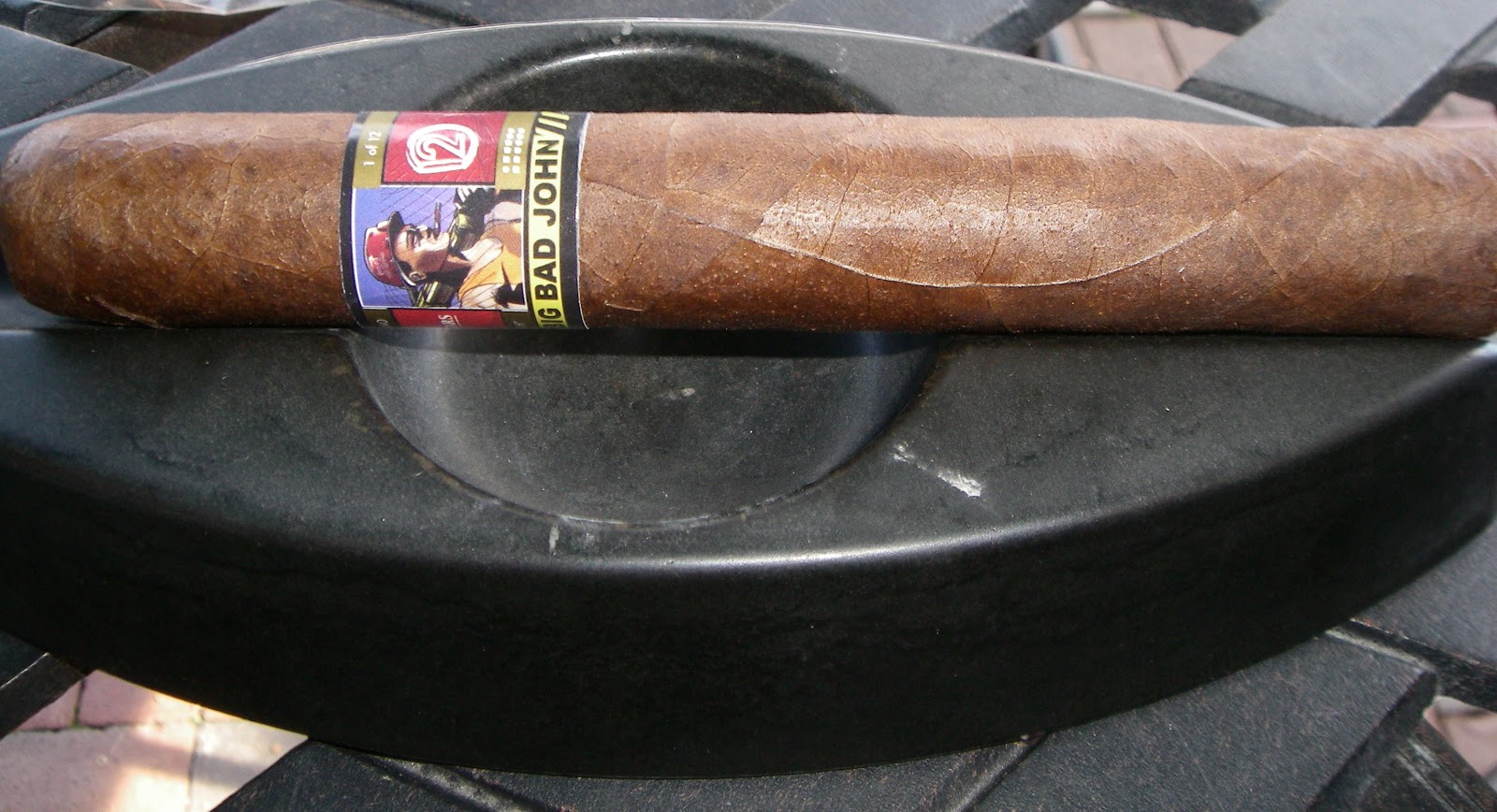 The Big Bad John will long be remembered as the first character in the Ortega Wild Bunch series. It was the only 60 ring gauge cigar released during the series.  The cigars produced flavors of cherry, pepper, cedar, floral, and a creamy component in the background.  Toward the end, the pepper spice took on more of a baker’s spice. I was a little surprised that for a Garcia family cigar, it didn’t give me a pepper blast at the beginning.

I didn’t find this a cigar that delivered a lot of flavor transitions, but it does deliver good flavor.  It definitely was a nice blend for a 60 ring gauge 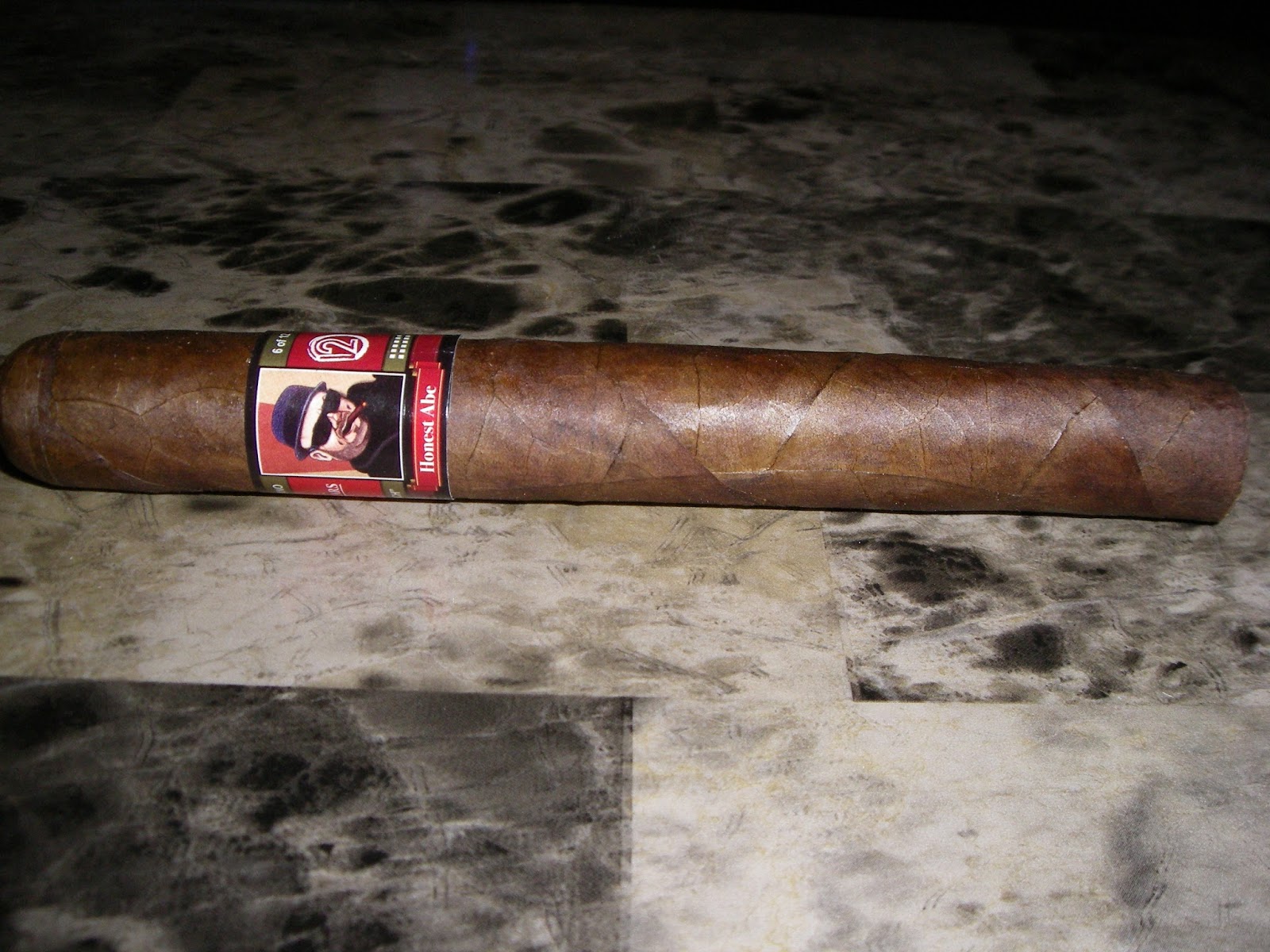 Like Island Jim, the Honest Abe character is based on another prominent retailer.  This time it is Smoke Inn’s Abe Dababneh who uses the nickname on his weekly Kiss My Ash Radio program. This was the fifth cigar of the Wild Bunch 2013 series to use a Habano wrapper and the third one to use a Nicaraguan Habano.  Surprisingly, this cigar almost had a bit of a Dominican feel to start as it had notes of grass, natural tobacco, and pepper.  In the second third, the cigar took a turn more toward a classic Nicaraguan flavor as notes of coffee and earth emerged.  This one was one of the stronger Wild Bunch releases as toward the end this cigar kicked into high strength. 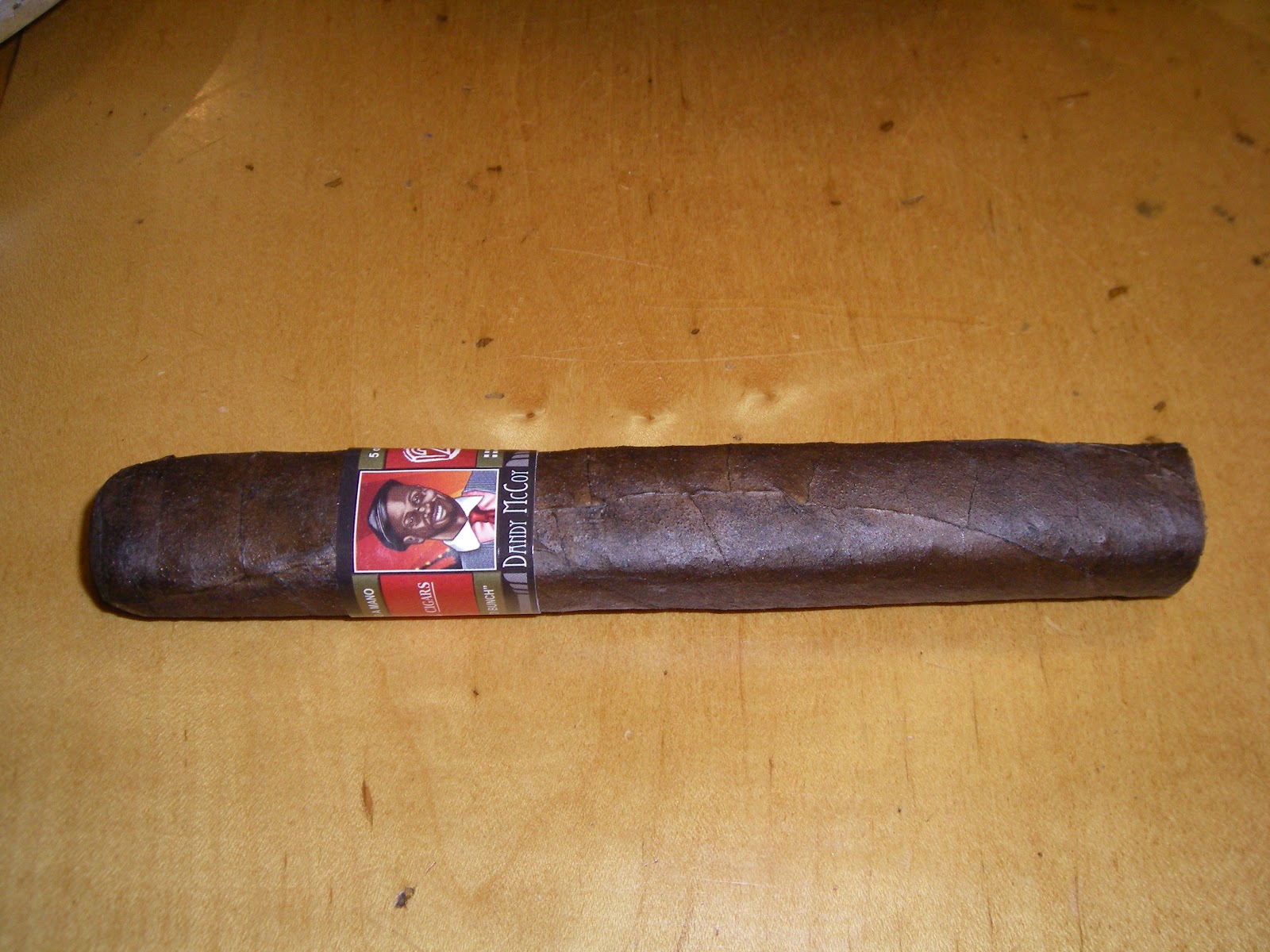 Dandy McCoy was not only the first maduro to be released it the series, but it was the first Connecticut Broadleaf and the first box-pressed cigar.

The cigar delivers a nice amount of complexity – including chocolate, nut, chicory, pepper, citrus, and toast.  I found there was an interesting, yet subtle sweetness to this cigar that was created from the fusion of the citrus and toast notes.  Like much of this series, this cigar has some very unique qualities to it – and this was not a cookie cutter Connecticut Broadleaf blend. 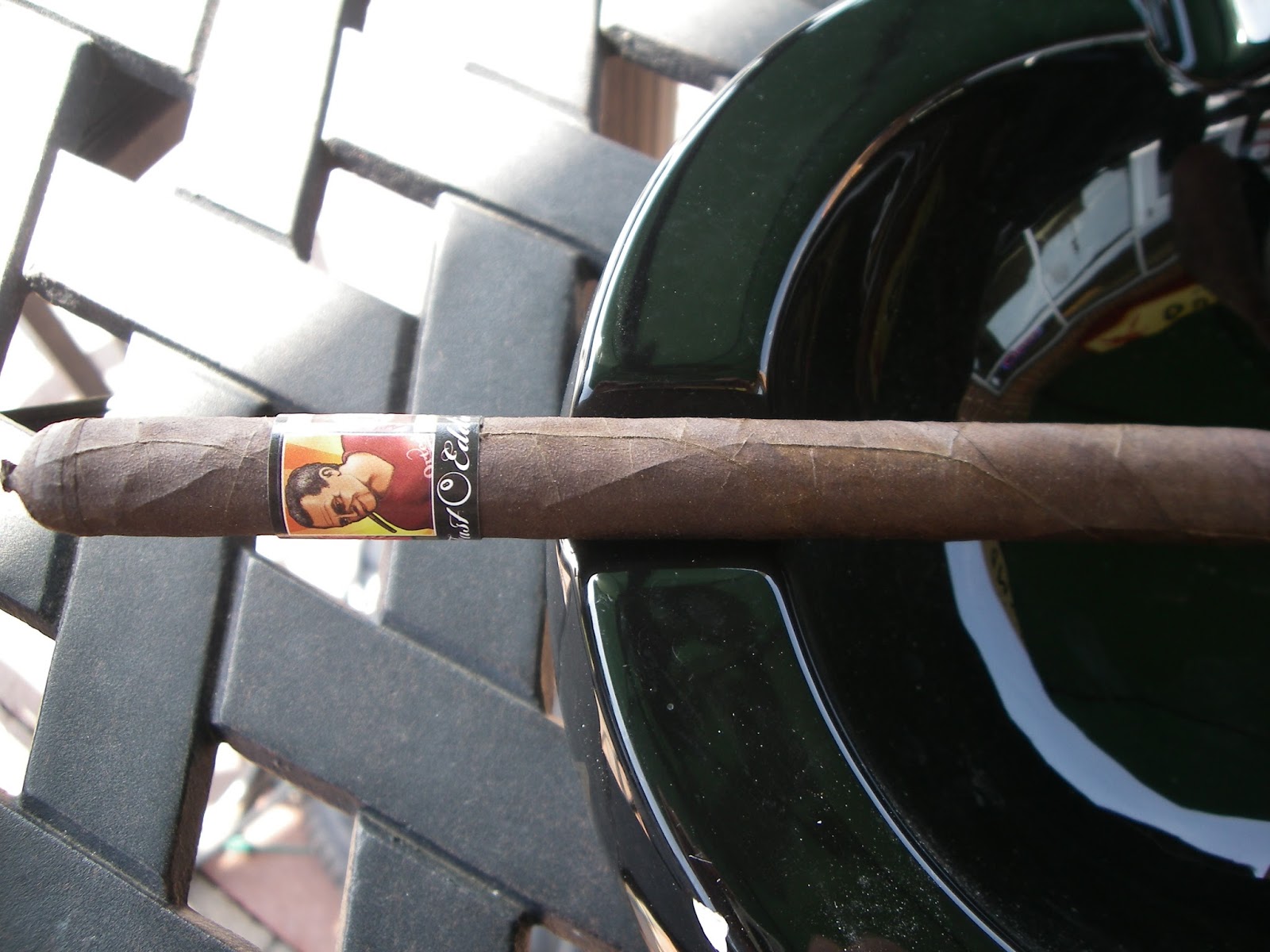 
Fast Eddie was the eighth installment into the Ortega Wild Bunch 2013 series and brought a bunch of first.  It was the first (and only lancero) in the series.  It also was the first release to feature an Ecuadorian Sumatra wrapper.  Of course, this is a cigar named for Eddie Ortega himself.

This lancero is slightly shorter than a standard lancero (something Ortega also did with the Serie D Maduro).  This works in this cigar’s favor.  While this cigar didn’t have a lot of radical flavor transitions, it had a nice set of flavors that meshed well.  I detected notes of chocolate, pepper, baker’s spice, and even some cream.  In particular this Sumatra delivered a nice mix of sweetness and spice. 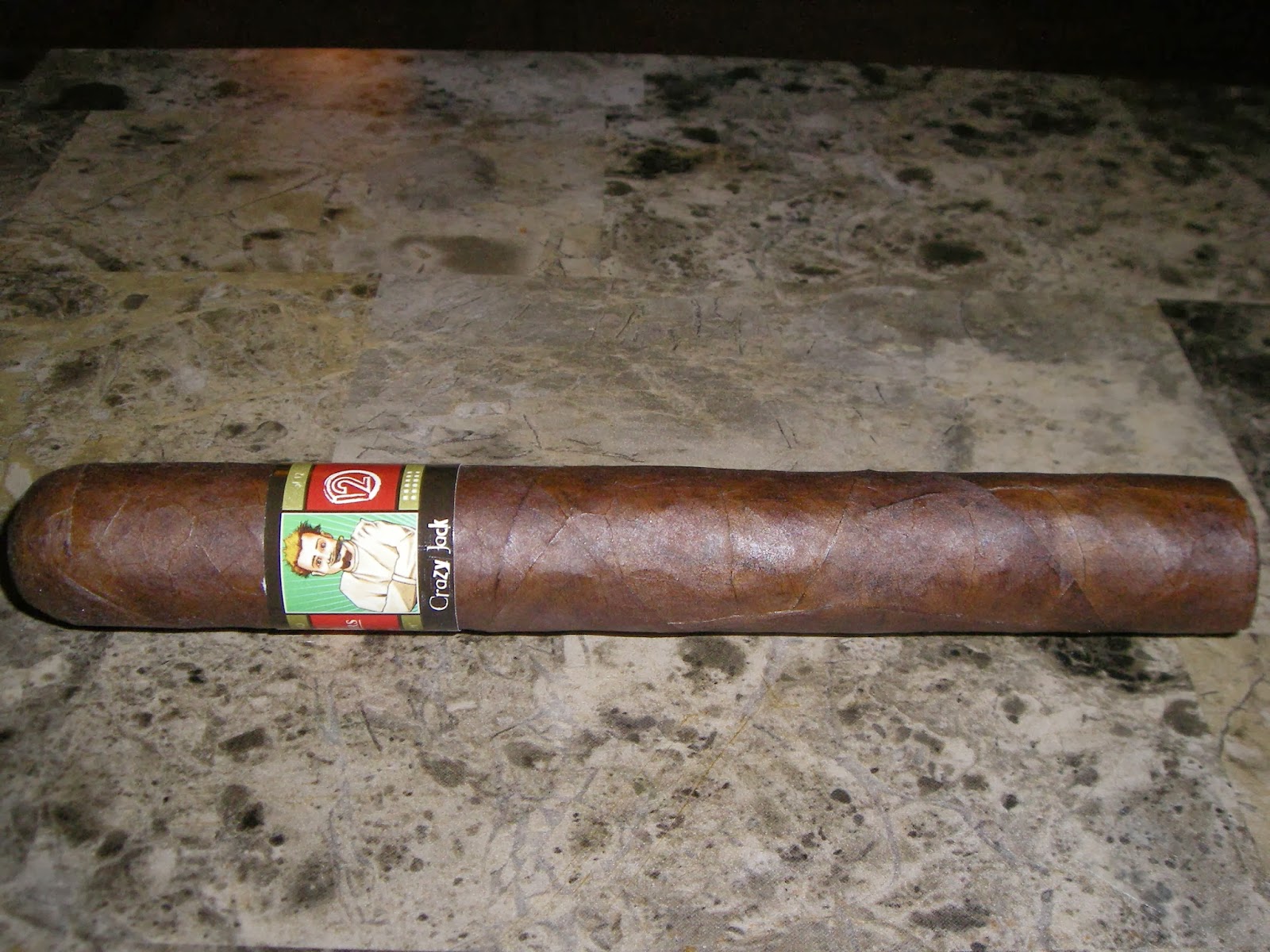 
Crazy Jack was the twelfth and final installment of the Ortega Wild Bunch 2013 series.  It was the second longest (7″) and second biggest ring gauge (58) in the series.  It is the eighth cigar in the series to use a Habano wrapper and fifth Nicaraguan puro overall.

Crazy Jack started out with a mix of chocolate and pepper notes This was soon joined by notes of earth and grass. The earth and grass take over as a primary flavor in the early stages. The second this sees some natural tobacco sweetness emerge. This is an excellent option for big ring gauge cigar enthusiasts looking for something a little dialed back. 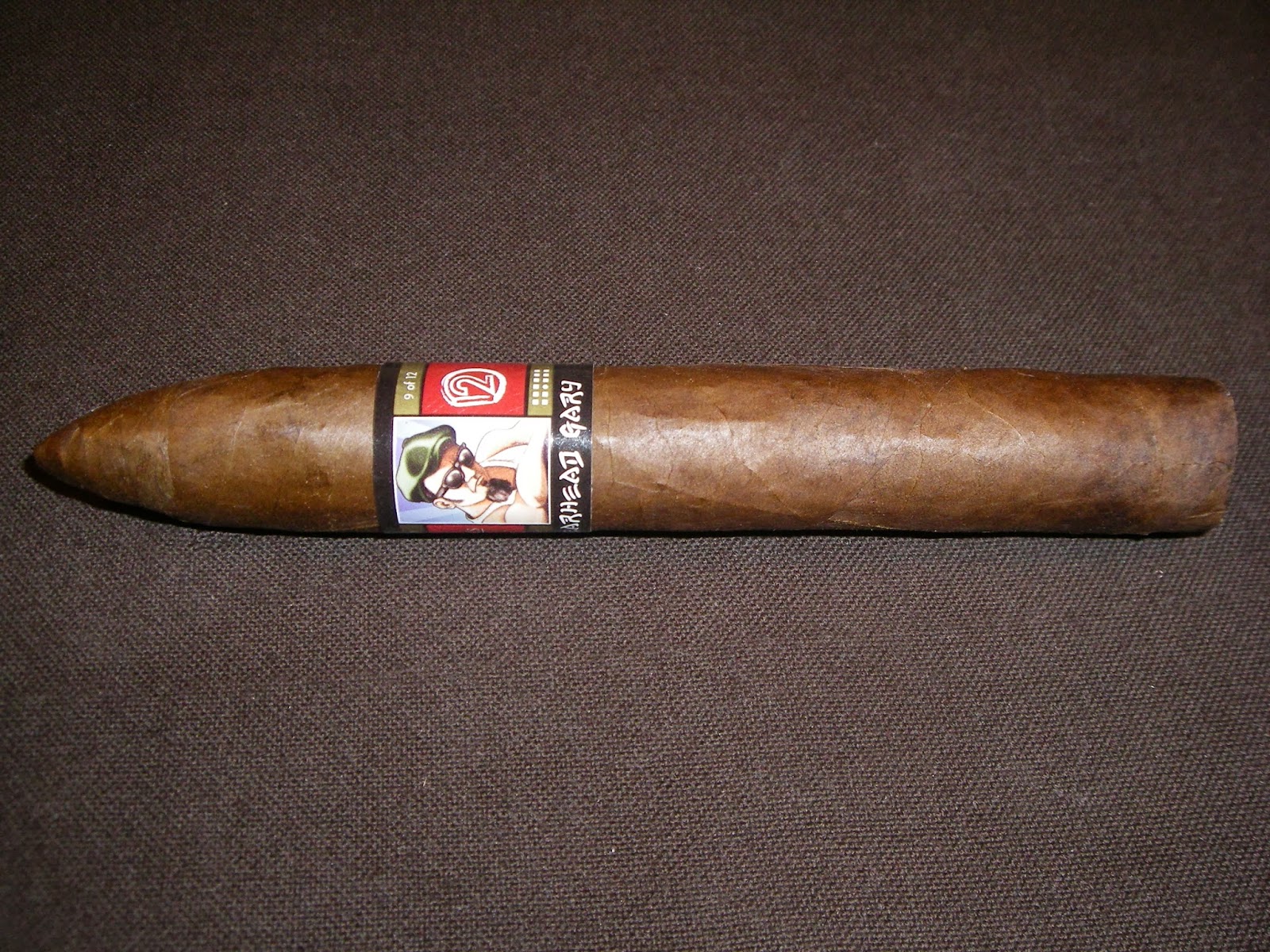 Like Crazy Jack, this was one of the more dialed back installments of the Wild Bunch series. The cigar delivered notes of chocolate and earth.  At the same time, it had a licorice note that gave it a unique sweetness.  The spice was a combination of herbal spice and black pepper.  This was definitely an interesting change of pace cigar and a nice installment in the series. 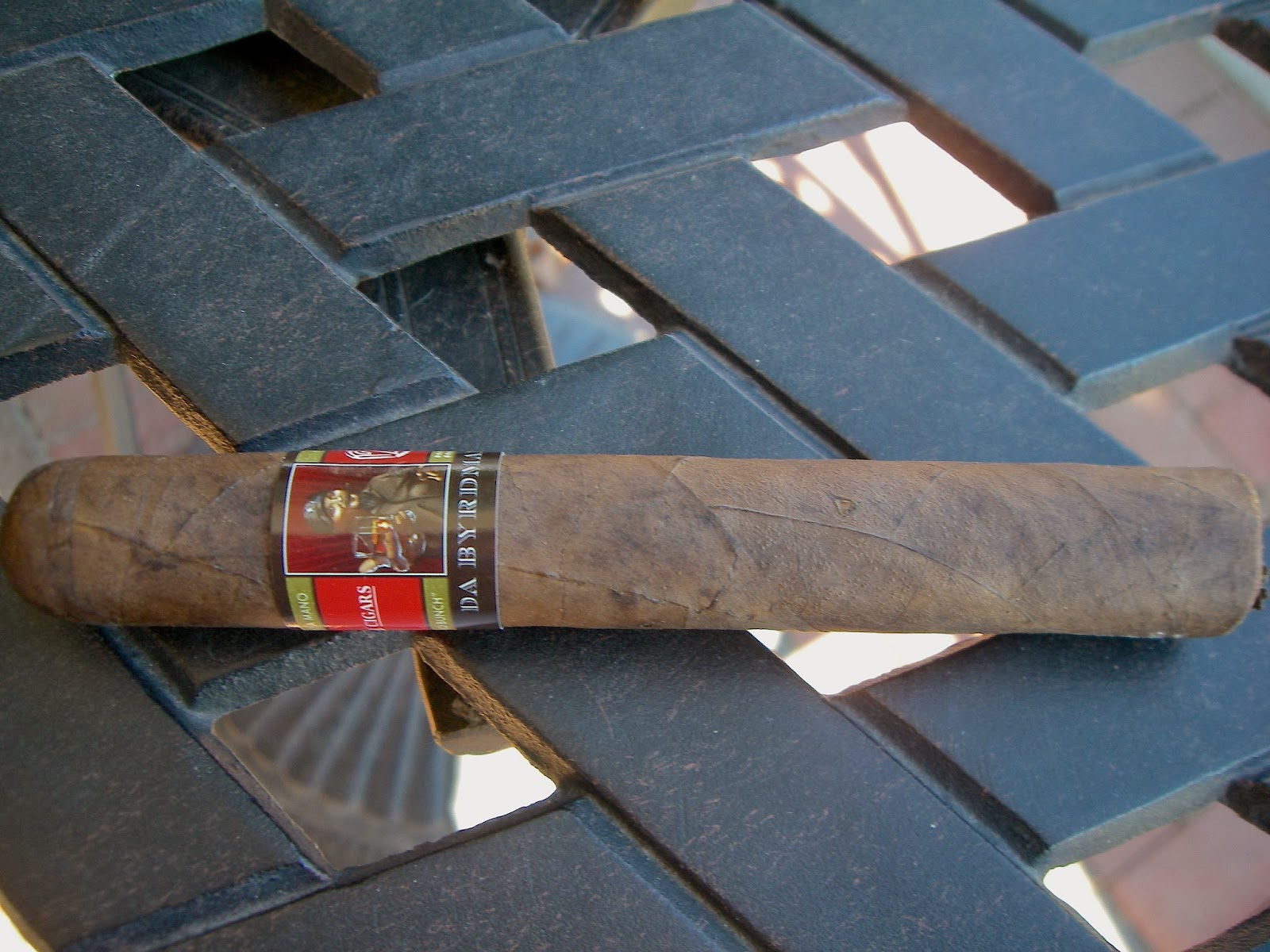 
Da Byrdman was the 11th installment of the Ortega Wild Bunch 2013 series.  It became the second Connecticut Broadleaf wrapper release as well as the second maduro.  It was also the fourth toro to be released, but tied the Dandy McCoy the largest ring gauge of the toros at 54.

Da Byrdman provides notes of floral spice, coffee, cocoa, earth, and tea notes. There also was a bit of a salty component early on. The retro-hale had a nice herbal spice to it.  This cigar might have some good aging potential down the road – and is worth keeping an eye on. 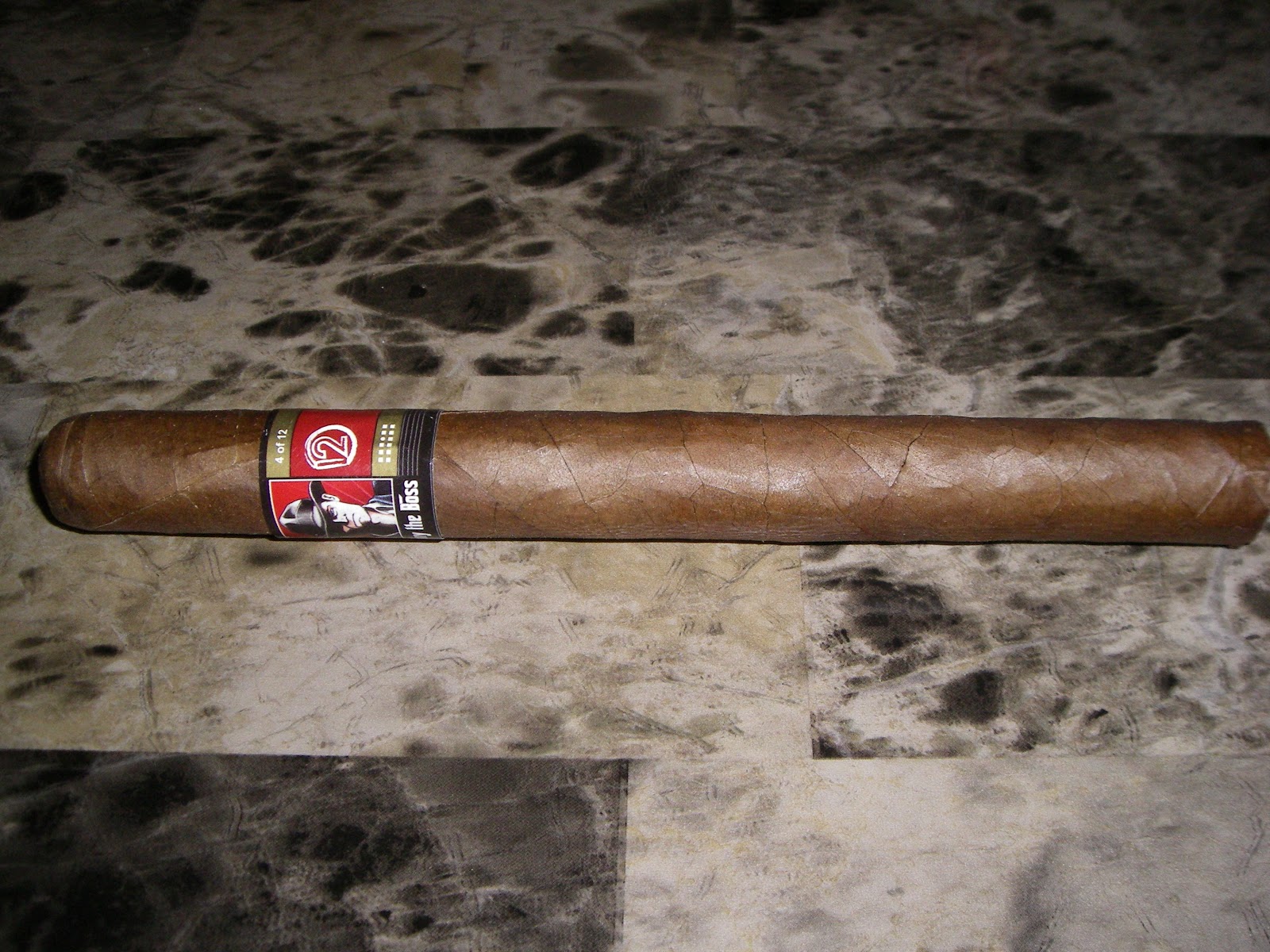 Tony the Boss introduced the first sub 50 ring gauge into the Ortega Wild Bunch 2013 series.  The “Enforcer” vitola also brought a Churchill cigar into the series.  This is also the longest cigar in the series measuring 7 1/2 inches in length.

I found this cigar provided a mix of natural tobacco, pepper, baker’s spice, and raisin sweetness. There were times the cigar exhibited some unique flavors in terms of mesquite and what I term a milky/chalky note. While I cannot say this was my flavor profile, there were some unique flavors here.

Ortega Wild Bunch 2013 By the Numbers

One of the most interesting things was following the blends and the sizes throughout the year and collecting some statistics on them.  Here we gathered some various metrics here to compare and contrast the series as a whole.


Nicaraguan grown wrapper was the surprise leader with 5 releases.  Ecuadorian Habano was second at 3 – making for 8 Habano wrappers in the series.

Ortega Premium Cigars played it safe and went for vitolas that pretty much have the most demand public wise.  Toro was the most popular size at 5 followed by Gordo.  The remaining sizes were distributed in various sizes.

Like the vitolas, Ortega Premium Cigars played it safe and went for lengths that pretty much have the most demand public wise.  There was only one cigar less than 5″ (Iron Mike) and one cigar greater than 7′ (Tony the Boss).  The remaining 10 all sized in the 5.1″ to 7″.

Ortega Premium Cigars also played it safe and went for ring gauges that pretty much have the most demand public wise.  There were nine releases that had a ring gauge sized at 50 and above – and 7 of those fell in a “safe” area of 50 to 54.  Fast Eddie was the thinnest ring gauge at 38 while Big Bad John had the largest at 60.

As we mentioned, numerical scoring changed on Cigar Coop with the start of the 2014 Cigar Year.  All scores were calculated using the 2014 system, and the first nine installments were re-calculating.  Using the new scoring, the scores ranged from 87 (Gearhead Gary, Tony the Boss) to 93 (Island Jim).

Using our Cigar Coop / Stogie Geeks assessment rating scale, all of the Ortega Wild Bunch 2013 scored at a minimum of Try One.  There were four worthy of a box split, and Island Jim had the highest at box worthy.  In the end, the series as a whole averaged 3.125 which translates to a “Fiver” – which is an excellent rating on the scale.