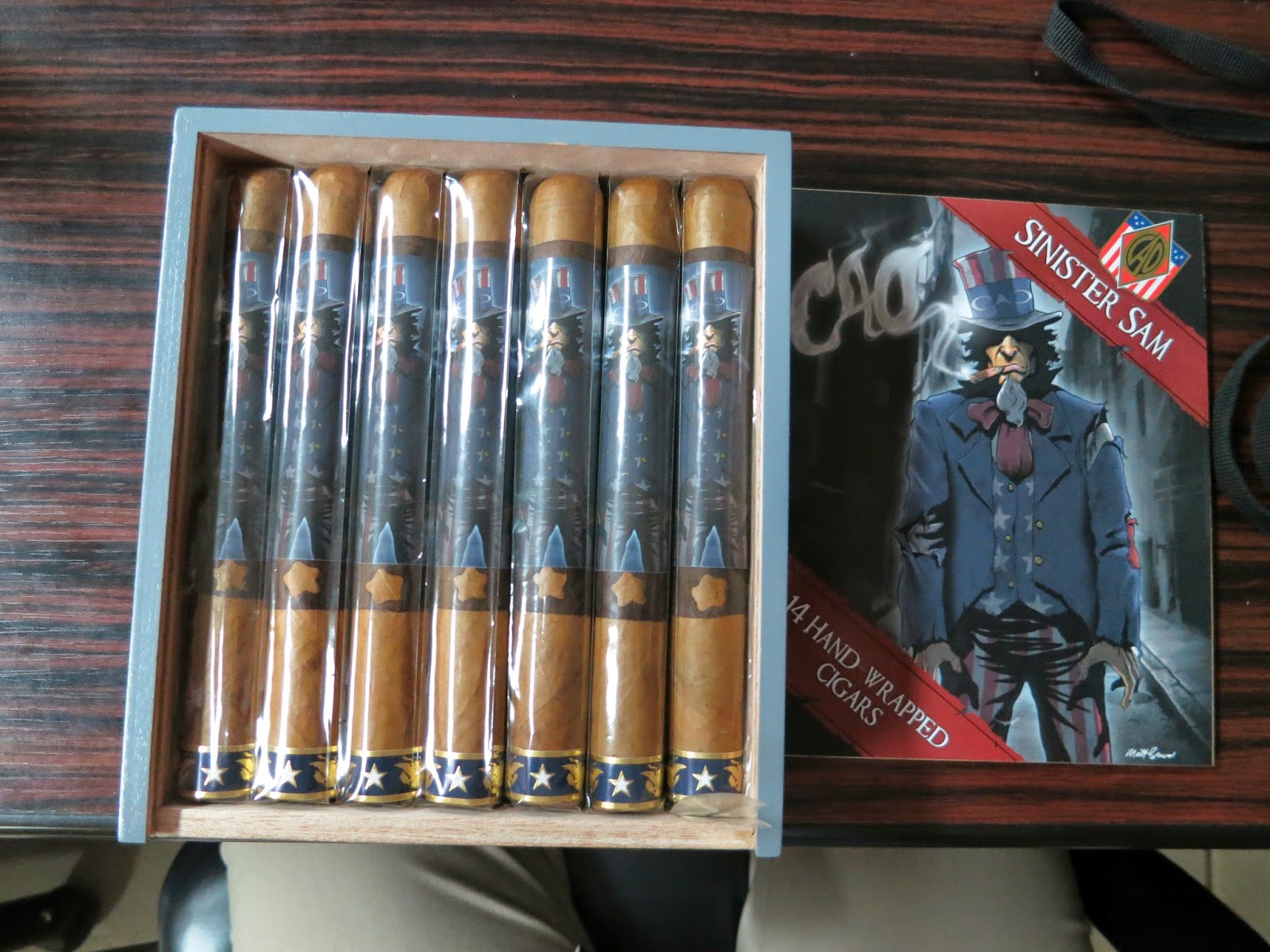 CAO Cigars has announced a limited edition seasonal release as an off-shoot to its CAO America line.  The CAO Sinister Sam will be a brick and mortar release and it is currently shipping to retailers nationwide.

The Sinister Sam is described as a blend similar to the CAO America, but “amped up with fuller body”.

The cigar features a primarily a Connecticut Shade wrapper with a sheath of broadleaf that features a cut out star.  Toward the bottom of the cigar there is another cut out star of broadleaf.  The company describes the making of this cigar as “deconstructing the CAO America barberpole and reconstructing it with the amped up blend to arrive at Sinister Sam”.

At a glance, here is a look at the CAO Sinister Sam.

Specific blend details were not disclosed other than the the use of the Connecicut Shade and Connecticut Broadleaf wrappers.  It is also mentioned the blend is an all-new ligero-driven one with a touch of Colombian tobacco.