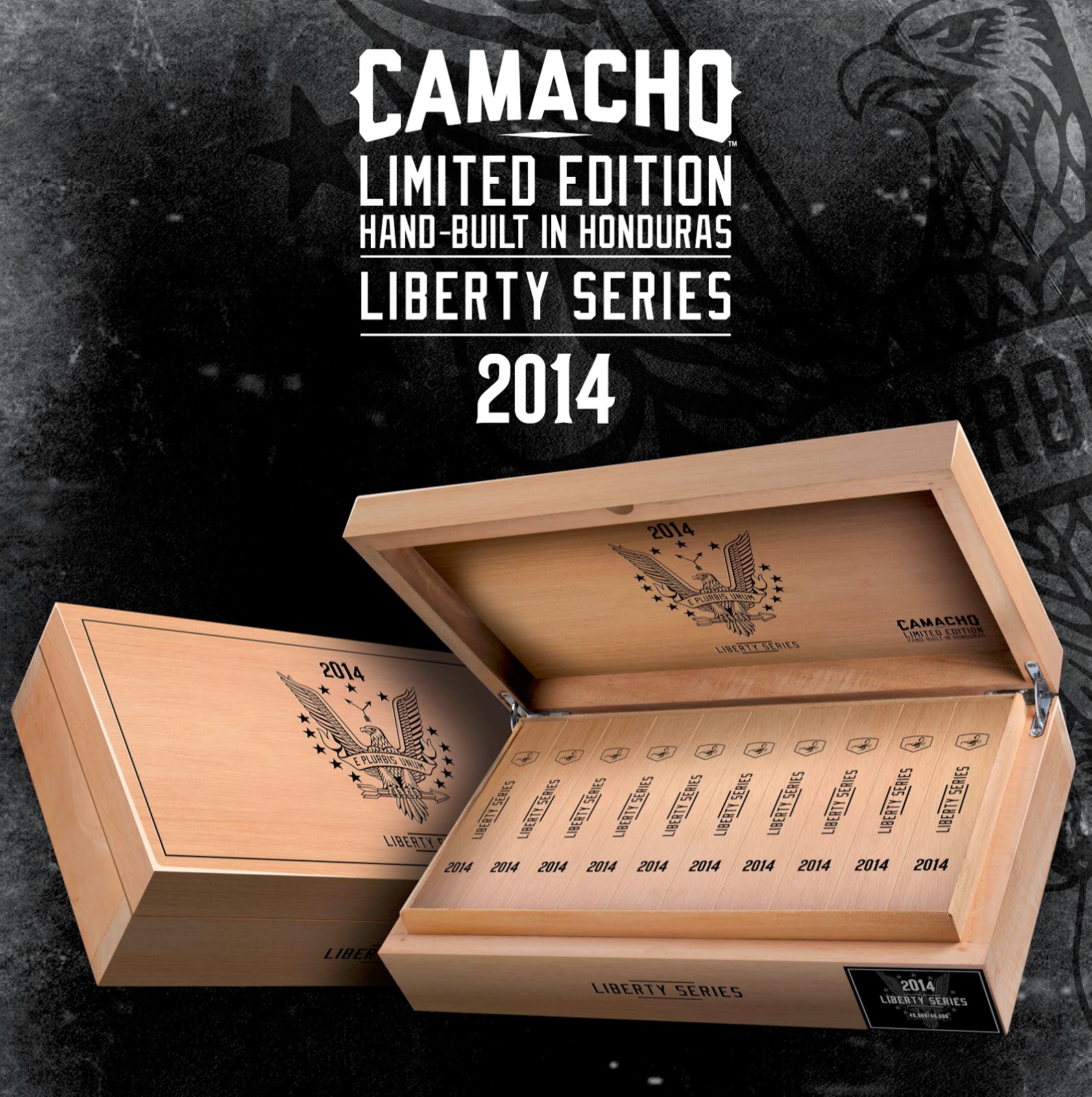 Camacho Cigars has announced their 2014 edition of the Camacho Liberty.  The Camacho Liberty 2014 will keep the “liberty” theme in mind in that the packaging and banding contains the “E Pluribus Unum” eagle logo reminiscent of the great seal of the United States.

The Camacho Liberty series follows a small batch concept. Each year Camacho releases a limited number of a cigar blended specifically for the year in a single vitola. Each individual cigar is put into its own individual coffin-like box. From year to year the blend and design of the stick changes. This year production will be limited to 40,000 cigars. There will 2,000 boxes of 20 coffins per box produced.

As has been the tradition of the Camacho Liberty series, the blend is being released in one size – a figuardo known as 11/18.  Specific dimensions were not disclosed.  The cigars will have an SRP of $17.00.