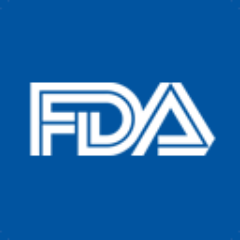 This past week, Florida Governor Rick Scott, and Lt. Governor Carlos Lopez-Cantera have sent a letter to U.S. Food and Drug Administration (FDA) calling for the agency to exclude the premium cigar industry from proposed regulations. This is the first Governor’s office to call on the FDA for such an exemption.

The letter was sent as a result of the potential regulations outlined in the Deeming Document threatening the existence of the J.C. Newman Cigar Factory located in Ybor City in Tampa, Florida. This past week, J.C. Newman launched a campaign calling for public support to save the factory – which is threatened for extinction if such regulations are put into action. The company put a large sign on clock tower on the Ybor City factory saying “Save This Factory – Take Action Today”.

The following is the text from Governor Scott’s Office to FDA Commissioner Margaret Hamburg:

During the early 1900s, Tampa (later to be known as “Cigar City”), boasted more than 150 cigar factories and produced more than half a billion cigars each year. Now the only remaining cigar factory in Tampa, the J.C. Newman Cigar Company, is threatened for extinction because of rules being promulgated by your agency.


From its immigrant roots to its international success, the story of the family-owned J.C. Newman is a living example of the American dream. As Florida’s oldest industry, the hand-rolling of premium cigars is a strong symbol of the rich Cuban-Latino culture and is uniquely represented by J.C. Newman.


Now, proposed FDA regulations threaten to create an undue burden on J.C. Newman and other premium cigar companies. The FDA is putting undue and excessive burdens on this family-owned company for no logical reason and forcing J.C. Newman to comply with regulations to compete with national cigarette companies that have greater resources at their disposal.


To require these companies to charge $10 for a premium cigar would unnecessarily inhibit future sales. Making matters worse, these artificial price floors only apply to small, family-owned businesses while big tobacco companies are unaffected. In addition, requiring FDA approval for each new size, shape or brand would require upward of 5,000 hours of testing at the company’s expense – a massive burden for a company like J.C. Newman, which simply does not have the financial bandwidth of national cigarette companies that have long incorporated these kinds of requirements into their bottom line.


As America’s oldest family owned premium cigar maker, J.C. Newman is also one of America’s historic treasures. Therefore, we are urging you to amend the proposed rule to exclude premium cigar companies like J.C. Newman from these onerous regulations. We hope that this local, family-owned business will be allowed the opportunity to compete on a fair playing field.