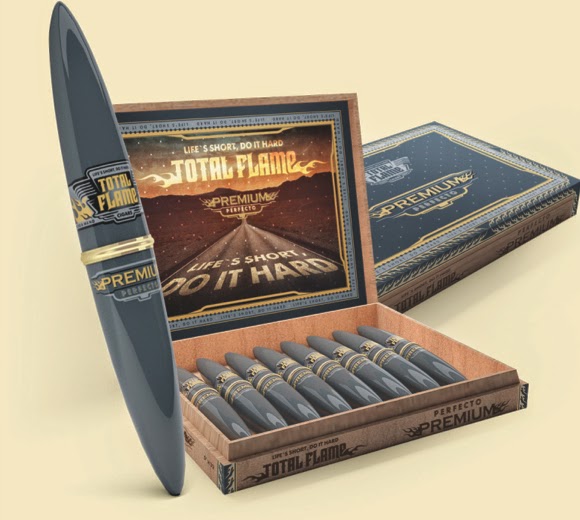 Total Flame Cigars will introduce a new blend in a perfecto vitola.  The Total Flame Premium will be launched at 2014 IPCPR Trade Show in Las Vegas and is targeted for release this November.

Total Flame says the blend features some of the best tobacco they have to offer.

The 2014 IPCPR Trade Show is proving to be a busy one for Total Flame Cigars.  The company is also launching a robusto tube cigar out of La Aurora called the Total Flame Wild One.  There are also two cigars out of the Plasencia factory – a cigarillo called Total Flame Spokes and a petit robusto called Total Flame OTR (Off the Rails).

At a glance, here is a look at the Total Flame Premium Perfecto:

The Total Flame Premium is available in one size – a 5 x 54 perfecto.  The cigars are packaged eight to a box.

Leave a Reply to Kit Cancel