Cigar News: Cigar Media Association Rounds Out Board of Directors 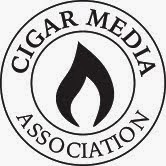 The Cigar Media Association has elected Jonathan David of Toasted Foot, Eric Guttormson of Cigar Dojo, and Aaron Loomis of Blind Man’s Puff to its Board of Directors. The three join Seth Geise of Seth’s Humidor and William Cooper for the 2014-15 Board of Directors.  Current board member Logan Lawler will be stepping down. The changes are effective immediately.  The election of these three will now put in place a full Board of Directors and better position the association to roll out initiatives.

In a statement by Cigar Media Association President William Cooper, “I am thrilled to serve along side Jon, Eric, and Aaron. I have gotten to know all three personally and have the highest respect for their journalistic practices. In addition, they understand the challenges of media in the cigar industry and all three have the ability to ‘think out of the box’. Most importantly, they are great people. Now that we have a full board of directors in place, we will be in a better position to roll out some new initiatives. Finally, I’d like to thank Logan Lawler for his time and commitment. Logan played a critical role in the launch of the Cigar Media Association. Although Logan is coming off the board, he will continue to be an active member of the CMA and help us with some of the programs we have planned.”

The Cigar Media Association was founded in March 2014 with the goal of strengthening the relationship with the cigar industry and the media brands that cover it.  Since its inception, the group has grown to 17 members.