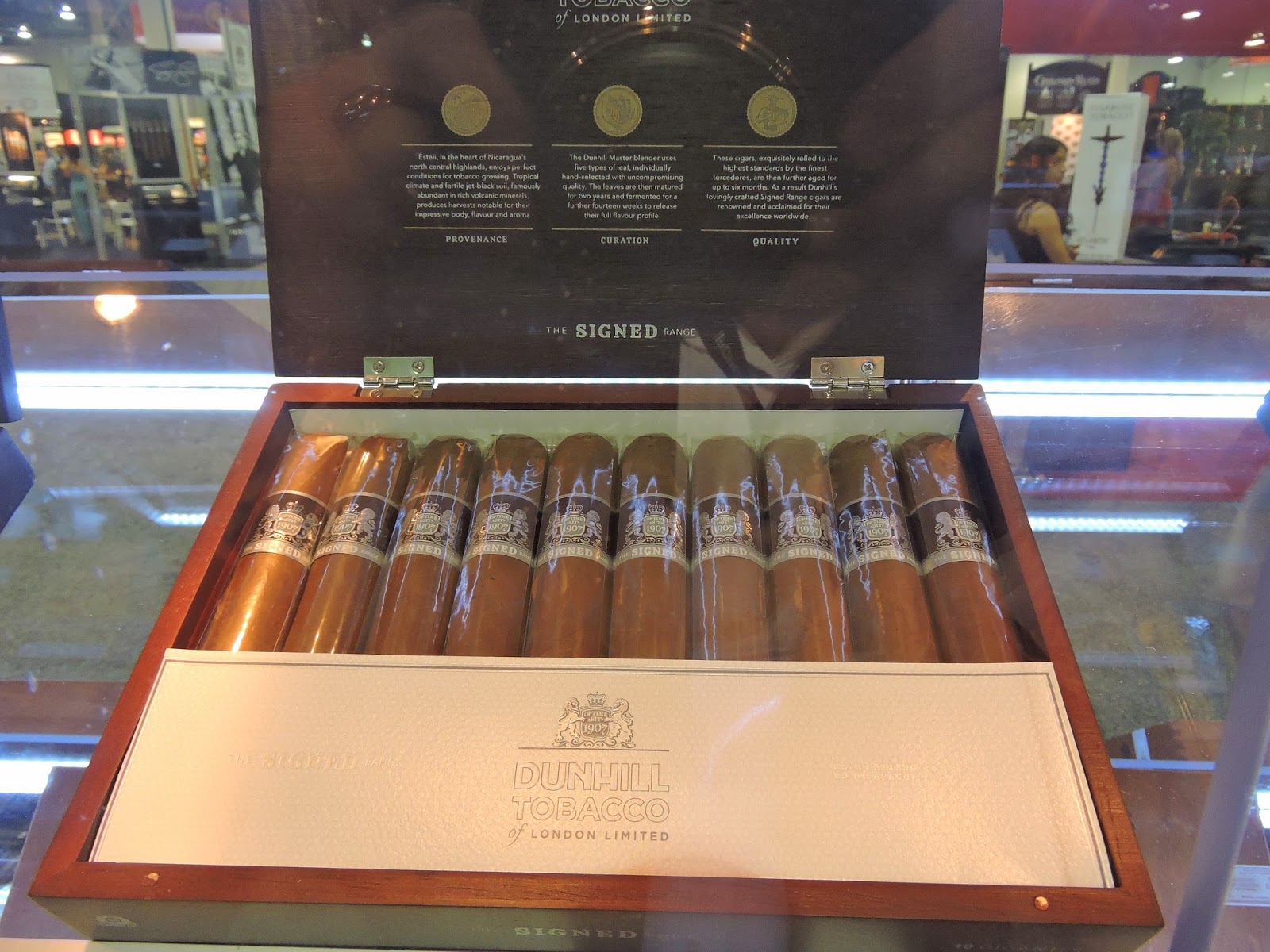 At the 2014 IPCPR Trade Show, there was some considerable focus at the General Cigar Company booth around the Dunhill brand.  Dunhill is a company that is distributed by General Cigar.  One item that was front and center was a revamping of the Dunhill Signed Range.

The Dunhill Signed Range was introduced back in 2001.  For 2014, the Signed Range gets new banding and new boxes. The box counts move from 25 to 10 count boxes.

he line has also be streamlined to six vitolas – including the addition of a 6 x 60.

The revamped Dunhill Signed Range was showcased at the 2014 IPCPR along with the newly released 1907 by Dunhill, the Dunhill Aged Reserva Especiale sampler, and the return of some of Dunhill’s Vintage Blend pipe tobacco.

At a glance, here is a look at the Dunhill Signed Range:

The following are the six frontmarks of the Dunhill Signed Range: