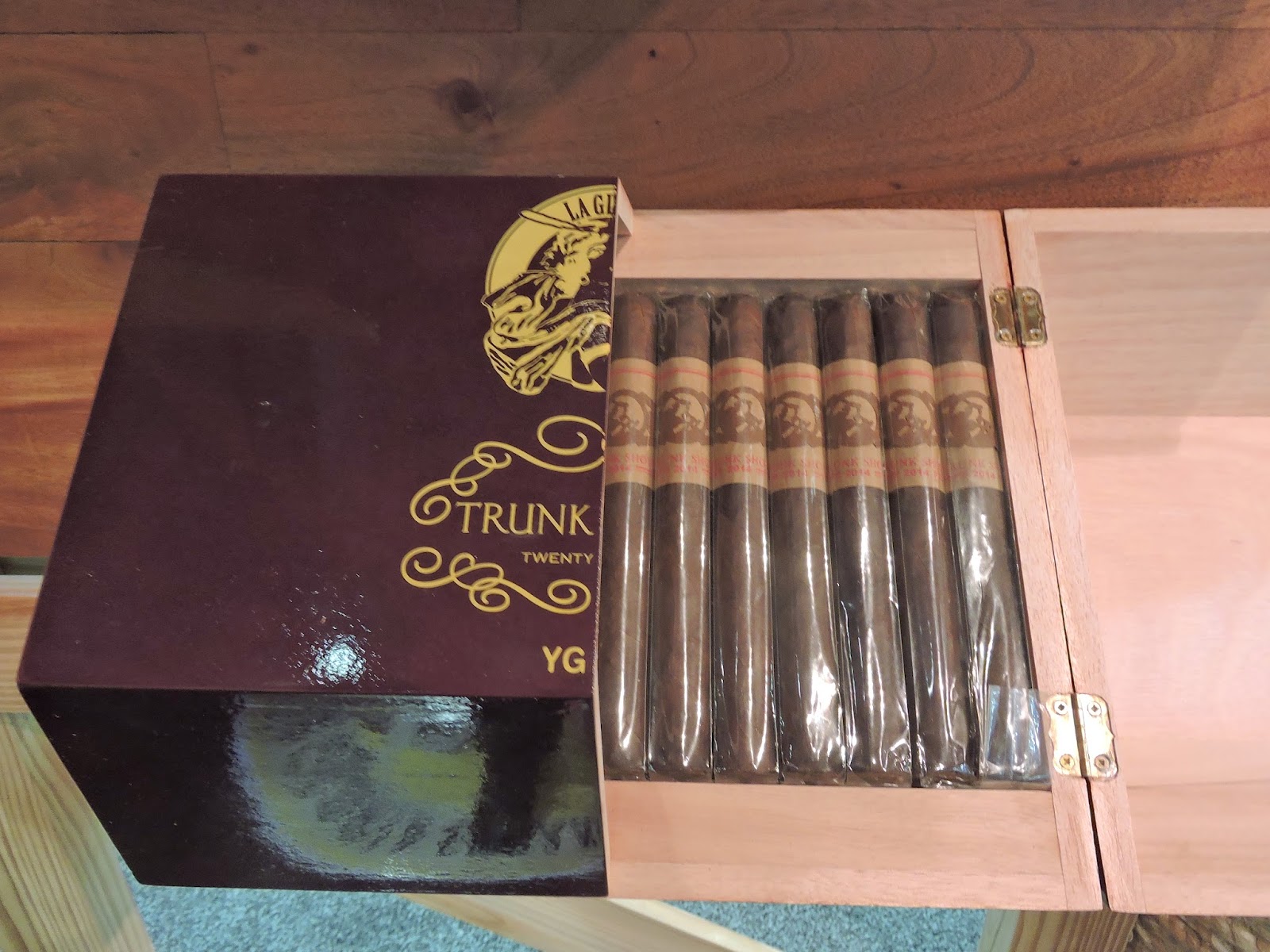 According to Michael Giannini, General Cigar’s creative director, and the originator of the Trunk Show concept, “Jhonys Diaz, Yuri Guillen and I are constantly experimenting with rare tobaccos, developing blends that can only be made available in small batches. The Trunk Show gives us the opportunity to share these unique blends with true cigar connoisseurs who are drawn to exotic flavor and new taste experiences.”

This is the third year of the Trunk Show Series – which was introduced back in 2012.

At a glance, here is a look at the three releases of the La Gloria Cubana Trunk Show 2014:

Blend details were kept high level. According to General Cigar, “Creative Director Michael Giannini sourced small batch tobaccos from five different countries for his blend which is dressed in a three-year-old Habano Ecuadoran wrapper.  The flavor of his Liga MG-08 speaks to his personal preference for bold flavor and exotic, one-of-a-kind taste. His Trunk Show release has a pigtail head and a stamped band.” 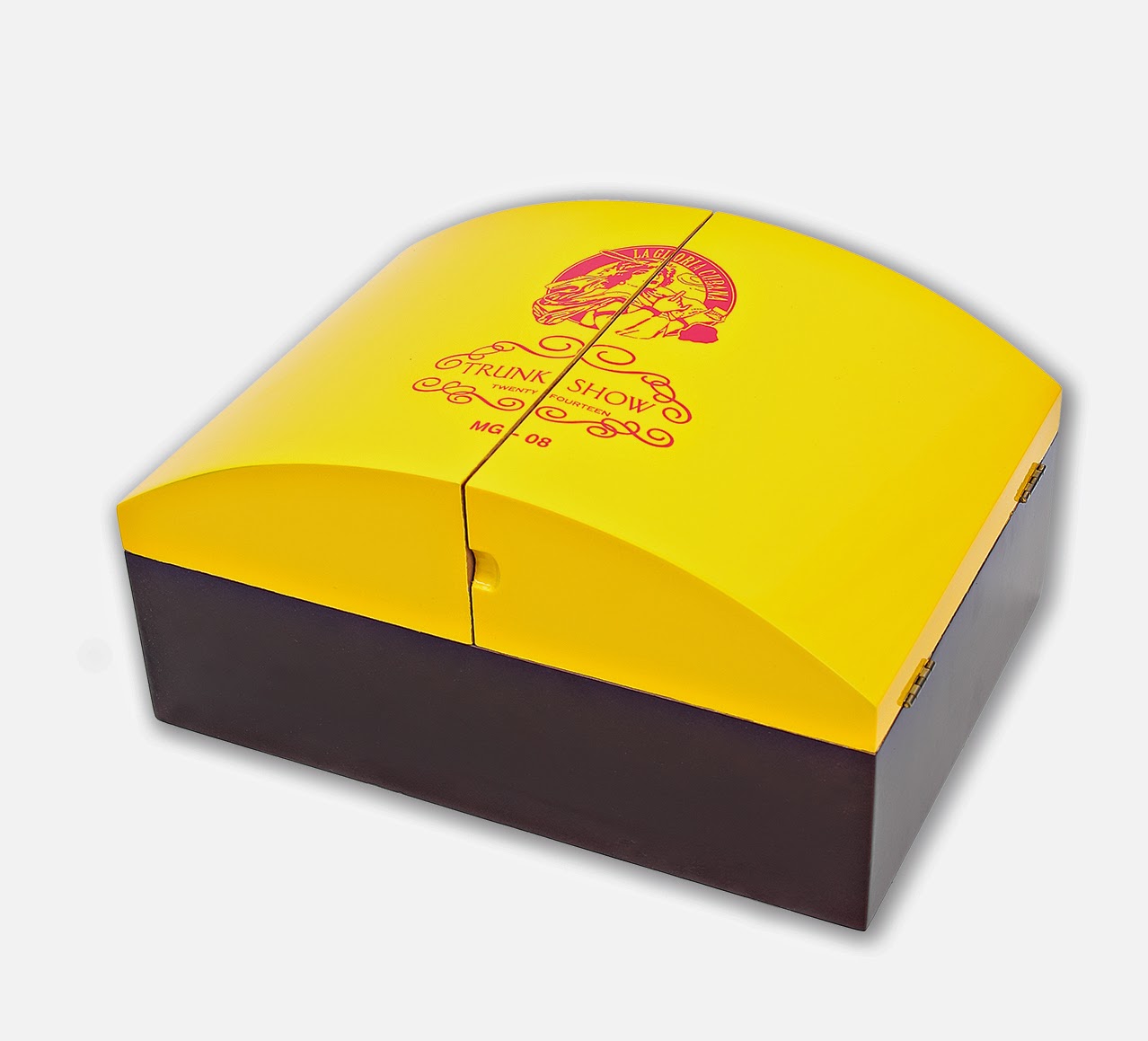 According to General Cigar, “Blender Yuri Guillen selected tobaccos from independent growers from four countries for his namesake cigar which is dressed in a Connecticut Habano Maduro leaf from the 2010 crop. His Liga YG-23 is a bold and earthy smoke reflecting his fondness for flavorful intensity. The cigar was developed with a round head and boasts a cutout band inspired by Lady La Gloria.” 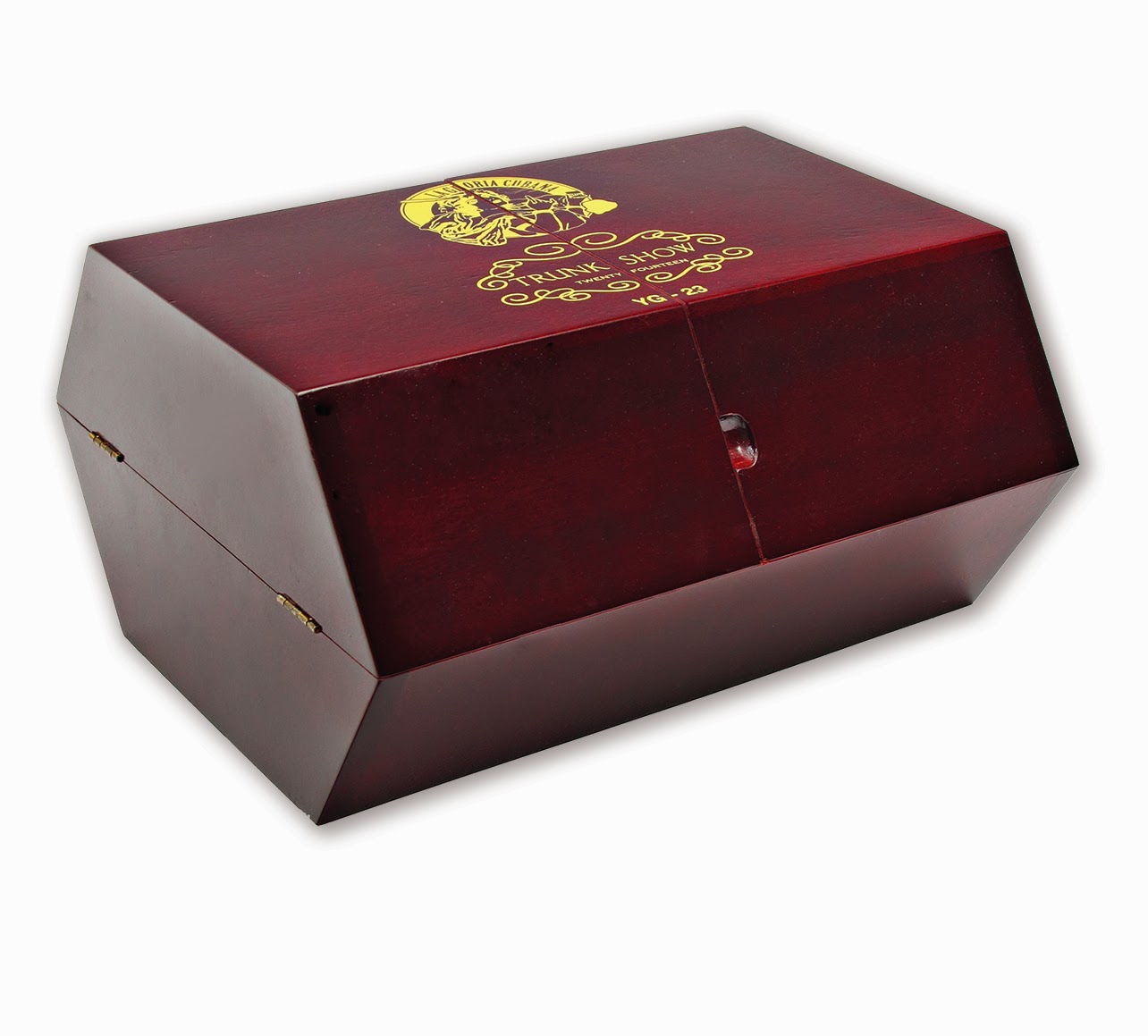 According to General Cigar, the JD-05 was “developed by Master Blender Jhonys Diaz solely for internet/catalog retailers, Liga JD-05 speaks to his love of picante smokes. With a dark, oiled Ecuadoran wrapper and Nicaraguan, Honduran blend, Liga JD-05 starts with medium-bodied flavor, and then progresses to a hearty, peppery smoke.”

Each box of the Liga JD-05 has 13 cigars with stamped bands, and 13 with cutout bands. 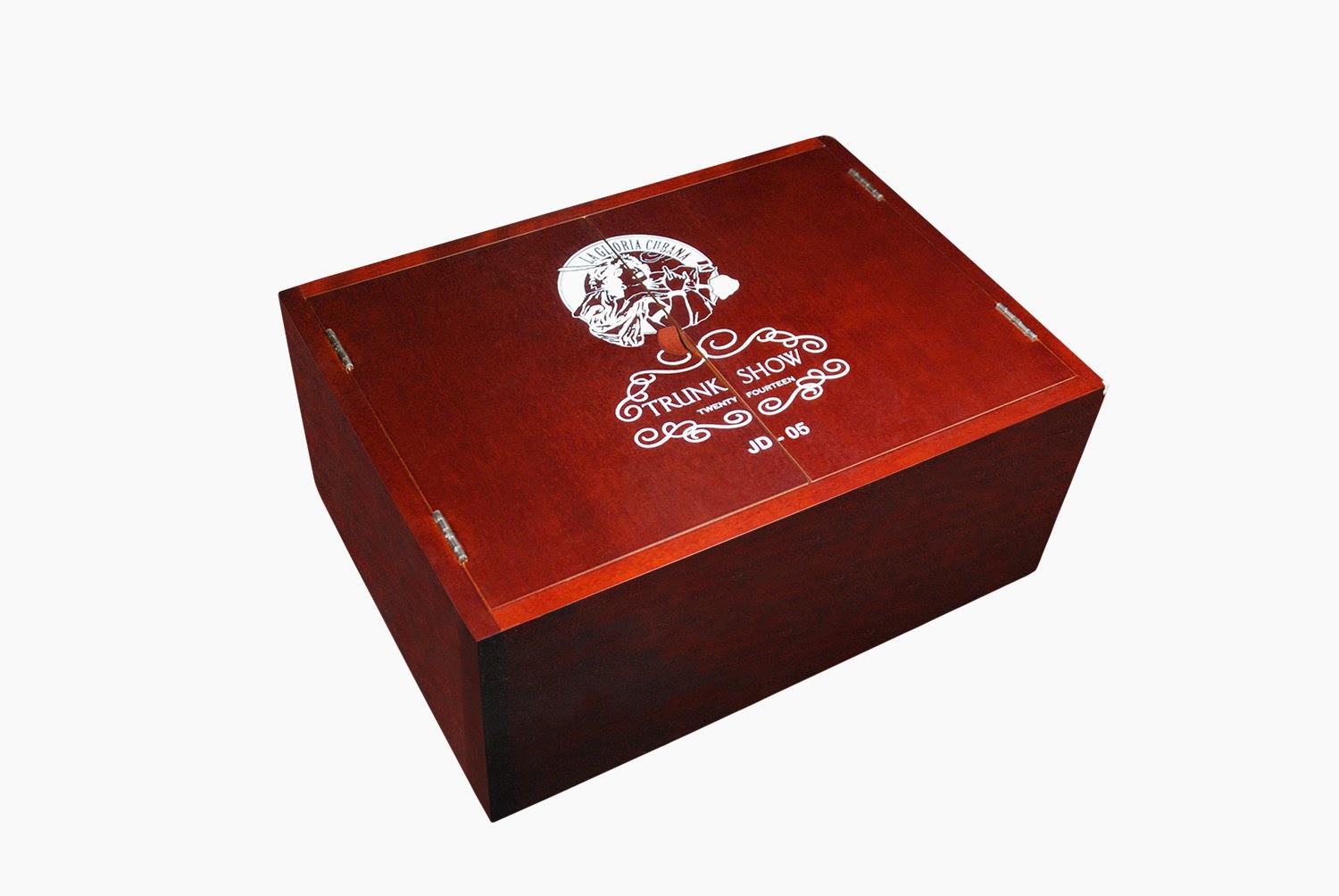