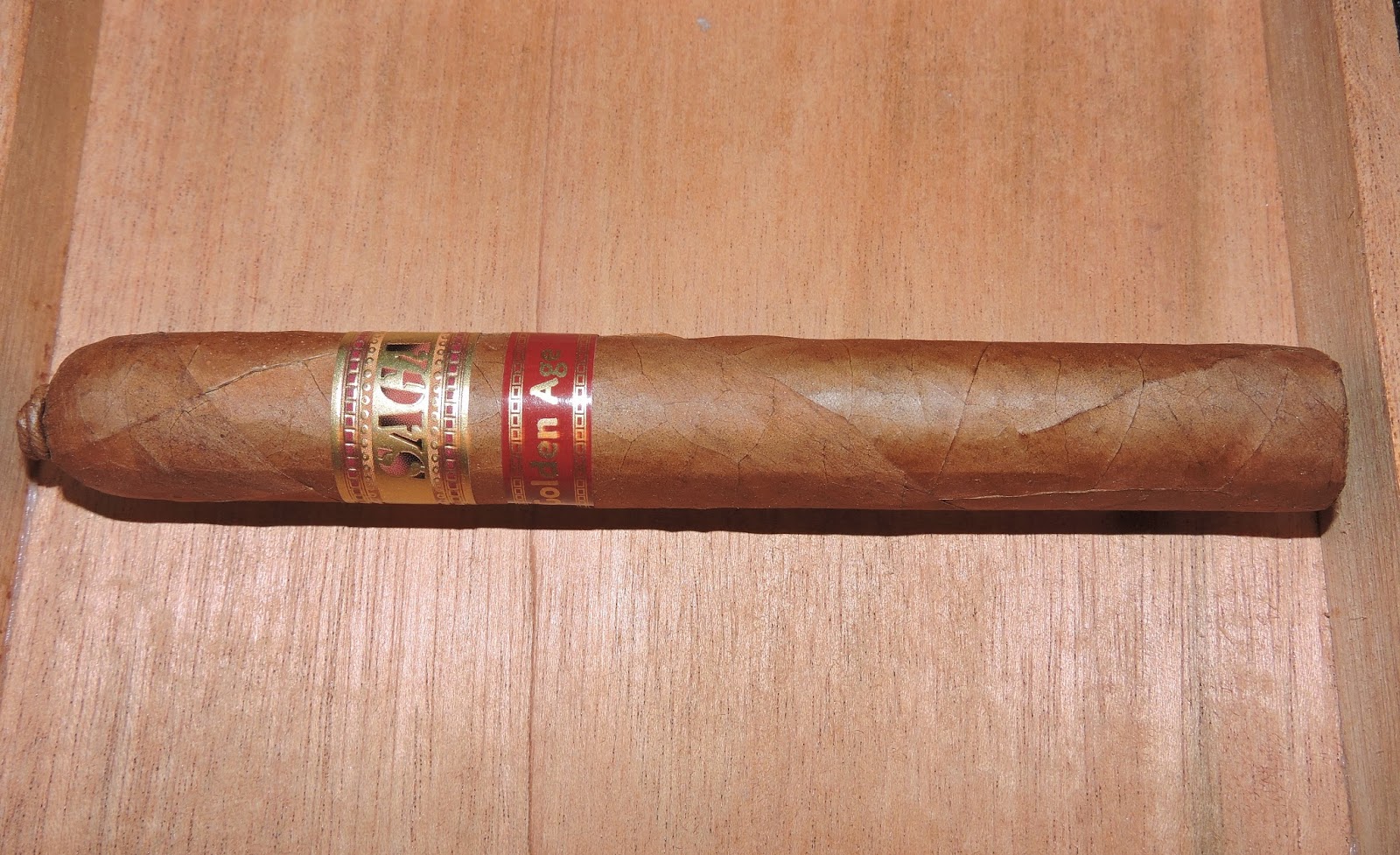 At the 2014 IPCPR, Corporacion Cigar Export, the company run by the Reyes family announced a new line of cigars called Saga.  Two blends were showcased at the trade show – the Saga Golden Age and the Saga Blend No. 7.

The Saga Golden Age is a Dominican puro that is being positioned as a full flavored, full-flavored cigar.  The name “Golden Age” is derived because the cigar is meant to deliver a smoke “like the ones they use to smoke in the times of Hemingway.”

Corporacion Cigar Export has a factory located in the Dominican Republic.  The factory has recently been known for making such brands as Don Julio, Phil Zanghi’s Debonaire Cigars, and Royal Gold Cigars’ Kismet.

At a glance, here is a look at the Saga Golden Age.

As mentioned the Saga Golden Age is a Dominican Puro:

The Saga Golden Age is being launched in four sizes: