Assessment Updates will be posted on this web-site to: 1) Assess “pre-review” cigars that were not given a rating or score (typically pre-release cigars); 2) Provide numeric ratings to cigars previously assessed prior to the implementation of the numeric scoring system; 3) Provide a re-assessment and re-score of a previously assessed/score cigars. Today, we re-assess the Nestor Miranda Collection Connecticut by Miami Cigar and Company. in the Robusto size. This was a cigar we assessed under its previous name, the Nestor Miranda Special Selection Connecticut back in August, 2012. 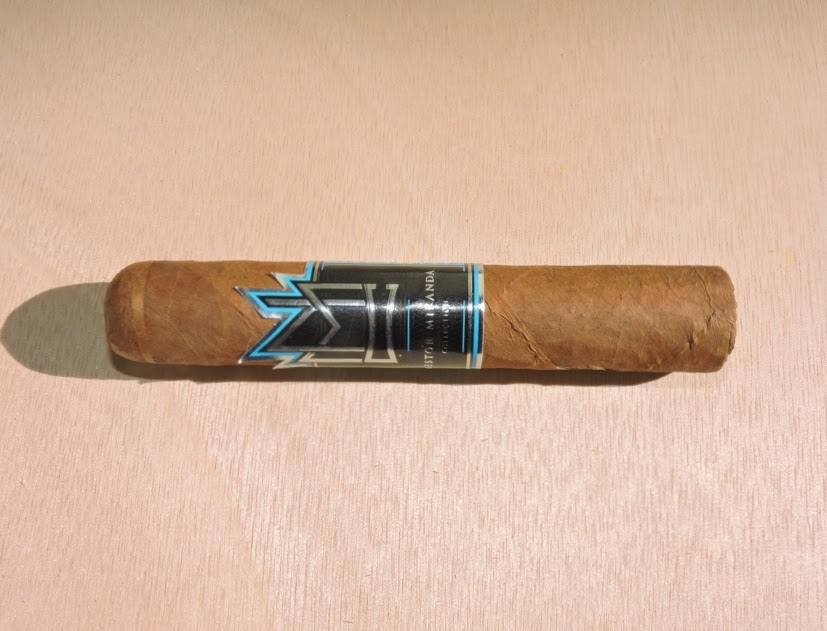 The Nestor Miranda Collection Connecticut remains flavorful as ever.  The cigar starts out with notes of wood, cream, pepper, and orange citrus.  There is much more in the way of cream and sweetness early on.  As the cigar experience progressed, the cream and sweetness diminished and some notes of grass emerged.  While these notes diminished, they still provided enough contribution to the flavor profile to keep this cigar experience interesting.  At the same time, there is a black pepper component that is layered through cigar experience. Except for a pepper blast at the beginning, the pepper never got overwhelming.

I found the flavors to remain robust and have more depth than many Ecuadorian Connecticut Shade cigars out there.  I assessed these flavors as being in the medium to full range – countered by a medium level strength.  The construction was outstanding as this was a low maintenance burn and draw.

Overall, the Nestor Miranda Collection Connecticut has not lost any steam despite the new branding. This is definitely worth a box split in my book.