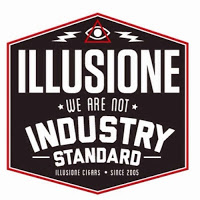 Illusione Cigars is getting ready to ship its fifth installment of their Singulare’ EL line.  The  Illusione Singulare’ EL 2014 Annunaki will be a Nicaraguan puro in a 5 1/2 x 54 parejo.  The announcement of the new Singulare’ was first reported by Cigar Aficionado.

It was at the 2014 IPCPR Trade Show when word came of the 2014 Singulare’ installment.  Owner Dion Giolito told Cigar Coop at the trade show it would use the Corojo 99 wrapper that is also used on the Illusione Epernay.  Cigar Aficionado reported the blend incorporates lower priming tobaccos from a farm called Chilamate. The blend itself only has 15% ligero.  The cigars are being produced at the TABSA factory in Nicaragua.

As with each of the previous Singulare releases, the vitola has a unique name. The name Annunaki refers to a group of deities from Ancient Mesopotamian culture.

At a glance, here are the details of the  Illusione Singulare’ EL 2014 Annunaki: