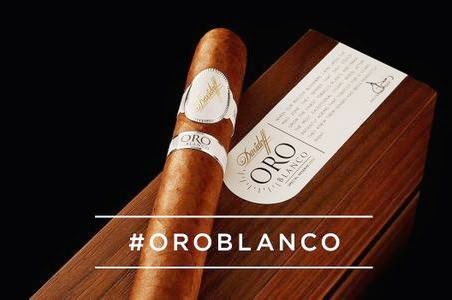 The soon to be released Davidoff Oro Blanco might be the company’s most anticipated limited edition cigar ever.  While the company hasn’t exactly trickled a lot of details about this cigar, there is one detail everyone is wondering – what will the price tag be on this cigar?

The reason for this question is because this cigar is being touted by Davidoff as the most expensive cigar to date.  Davidoff has some high priced offerings such as the Davidoff Royal Salomones which is usually offered in the $50 to $60.00 range per cigar.  How much higher priced will the Oro Blanco be to the Royal Salomones is anyone’s guess.

There are some details about this cigar that we do know.  It is known that this cigar is a Dominican puro and features tobaccos from a vintage crop of 2002. Davidoff Master Blender Eladio Diaz saw aging potential with this crop of tobacco and set it aside.  The amount of tobacco that was set aside is unknown as are the production numbers.  It is expected that Oro Blanco will be sold at the Davidoff Flagship stores some time this month.

The dimensions of the cigar are unknown although indications are that this cigar is a grand toro-sized parejo.

The name Oro Blanco stands for the white and gold coloring that Davidoff has become known for on most of their packaging.