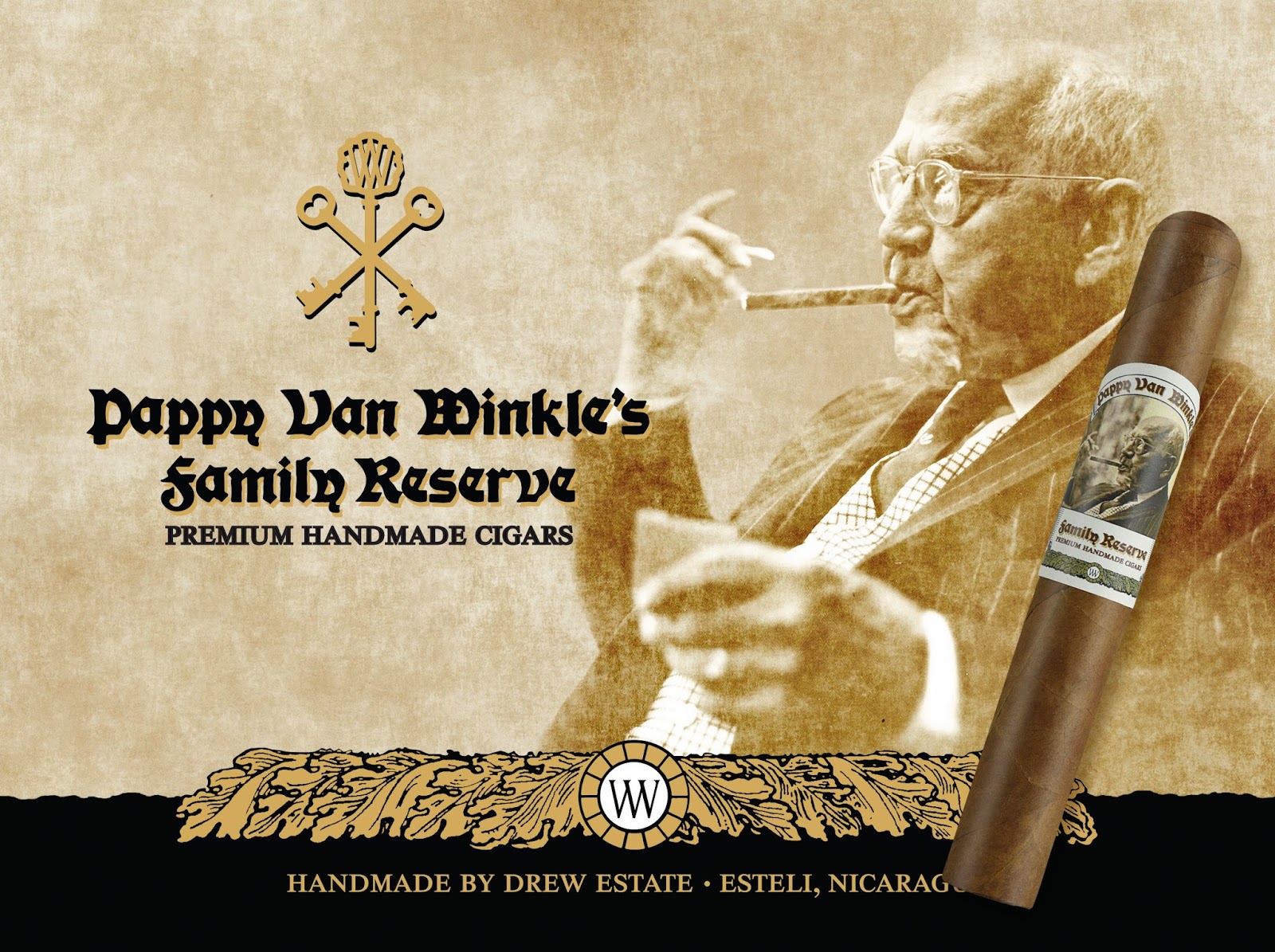 The cigar is described as a small batch cigar that is ideal to pair with Van Winkle bourbon and rye products.  It is described as medium plus strength offering geared for both new and experienced cigar enthusiasts. The blend contains an Ecuadorian Habano wrapper and Nicaraguan fillers that were selected by Drew  Estate co-founder Jonathan Drew.  It is being released in a toro and a robusto.

“It’s a well rounded, sophisticated cigar, with body and a hearty expression,” says Drew. “Drew Estate is known for passion and innovation, and making premium cigars is our ‘raison d’être’ [reason to be]. The ‘Pappy Van Winkle’s Family Reserve’ premium cigar is truly a showcase of our passion for cigar-making.”

In a press release announcing the project, Carrie Van Winkle, great granddaughter of the legendary Pappy Van Winkle said, “we’re extremely happy to be working with Drew Estate on this project, as both of our companies are known for their high quality, handmade products. When we approached Drew Estate with the idea of working together on a premium cigar, we knew we’d made the right choice. The finished cigar is the perfect pairing for our family’s whiskeys, and we hope you enjoy them as much as we do.”

The cigar will be available for pre-order through the Pappy & Company website on November 7 with cigars not shipping for approximately 60 days.

Back in 2013, we posted a video indicating a small batch project by Drew Estate was in the works with Pappy Van Winkle.

This is the first new project that has been announced by Drew Estate since the announcement of Swisher International’s intent to acquire Drew Estate Tobacco Company.

Pappy Van Winkle’s Family Reserve is being released in two sizes. The cigars are packaged in ten count boxes. Sizes, prices, and box counts were listed on the Pappy & Company website.