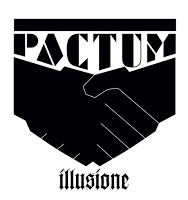 The ninth installment of South Florida realizer Smoke Inn’s Microblend SeriesTM  will be produced by Dion Giolito’s Illusione Cigars.  The Illusione PACTUM is scheduled to be launch December 5th at an event at Smoke Inn’s Casa de Montecristo lounge in Boynton Beach, Florida.  It will mark the first shop exclusive produced for Smoke Inn by Illusione.

A total of 400 boxes of 15 of the Illusione PACTUM will be produced.  This release will differ in that there will be two batches released.  A batch of 200 boxes will be released in December with a second batch of 200 boxes scheduled for January.

The definition of PACTUM comes from Roman Law and refers to a simple or informal agreement between two parties.

In a press release announcing the PACTUM, Illusione Cigars founder Dion Giolito said, ““PACTUM embodies everything that Abe (Dababnah – owner) is, both as an individual and in business. Like the man, the presence of the cigar is undeniable. It is a steely look into the eye, a firm handshake, a bond, and a word of truth. The cigar measures 5 ½ x 56, throwing up thick plumes of smoke and attitude. The body is full and rich with earthy Nicaraguan tobaccos chosen from the upper-priming’s of the plant and finished with a San Andres ‘Capa Fina’ maduro cover leaf.”

The Smoke Inn Microblend SeriesTM  concept involves the South Florida retailer teaming up with some of the biggest names in the cigar industry to produce a limited run exclusive to its shop.

At a glance, here is a look at the Illusione PACTUM and the Microblend SeriesTM: