Debonaire Cigars was founded by Zanghi and Daniel Sinclair.  Many people may remember Zanghi from his days with Indian Tabac – the company that eventually became Rocky Patel Premium Cigars.  After a hiatus away from premium cigars, Zanghi returned to the handmade premium cigar business.  The Debonaire in the habano blend made its debut at the 2012 IPCPR Trade Show.

Without further ado, let’s take a look at the Debonaire Maduro Toro and see what this cigar brings to the table.

In terms of how the vitolas are constructed, the Debonaire line is bunched using accordion fold as opposed to entubado (tube) style. Zanghi emphasizes leaf placement in terms of being able to achieve the right flavor profile for each size.

The Debonaire Maduro Toro is packaged in 20 count boxes: 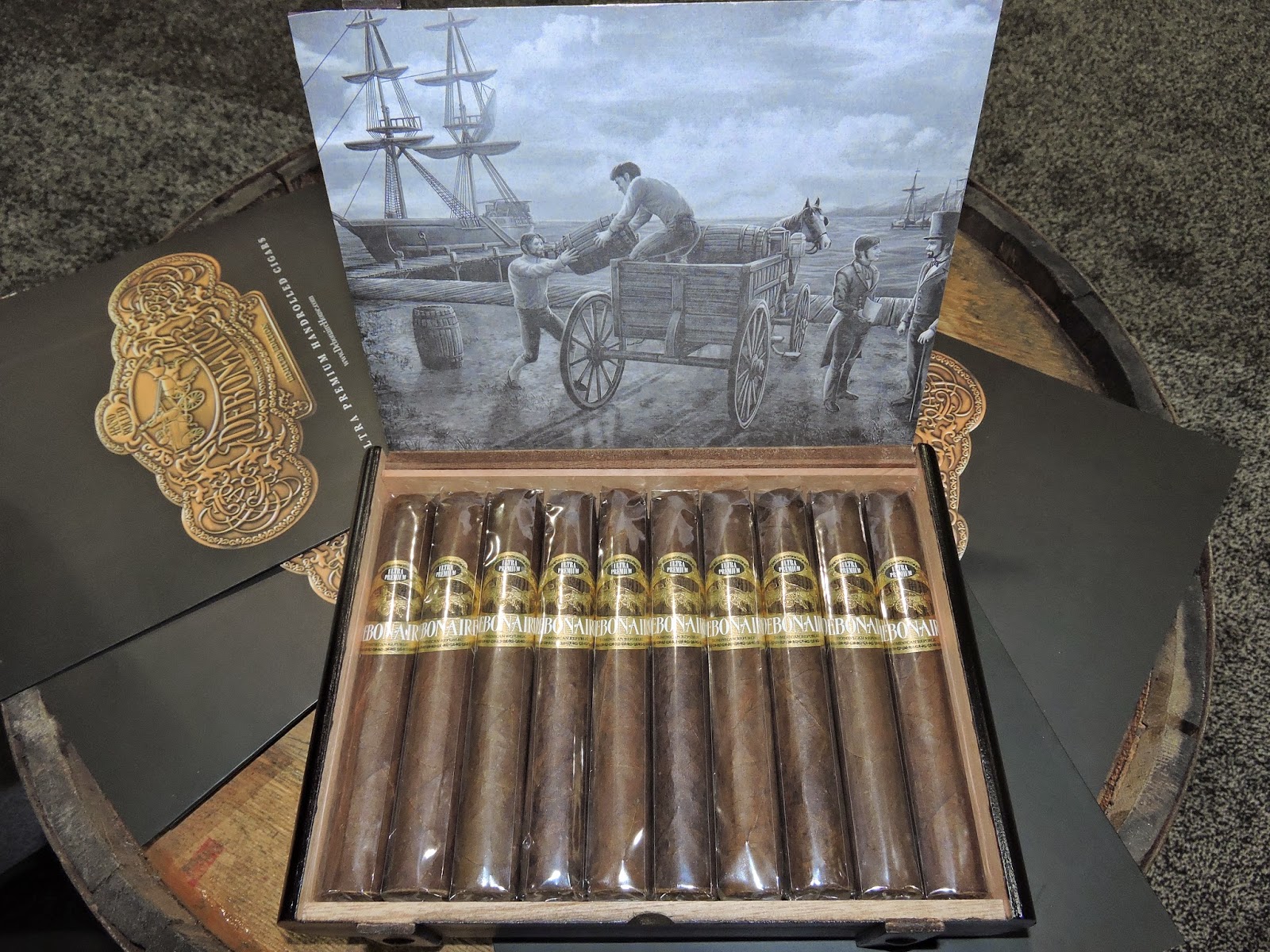 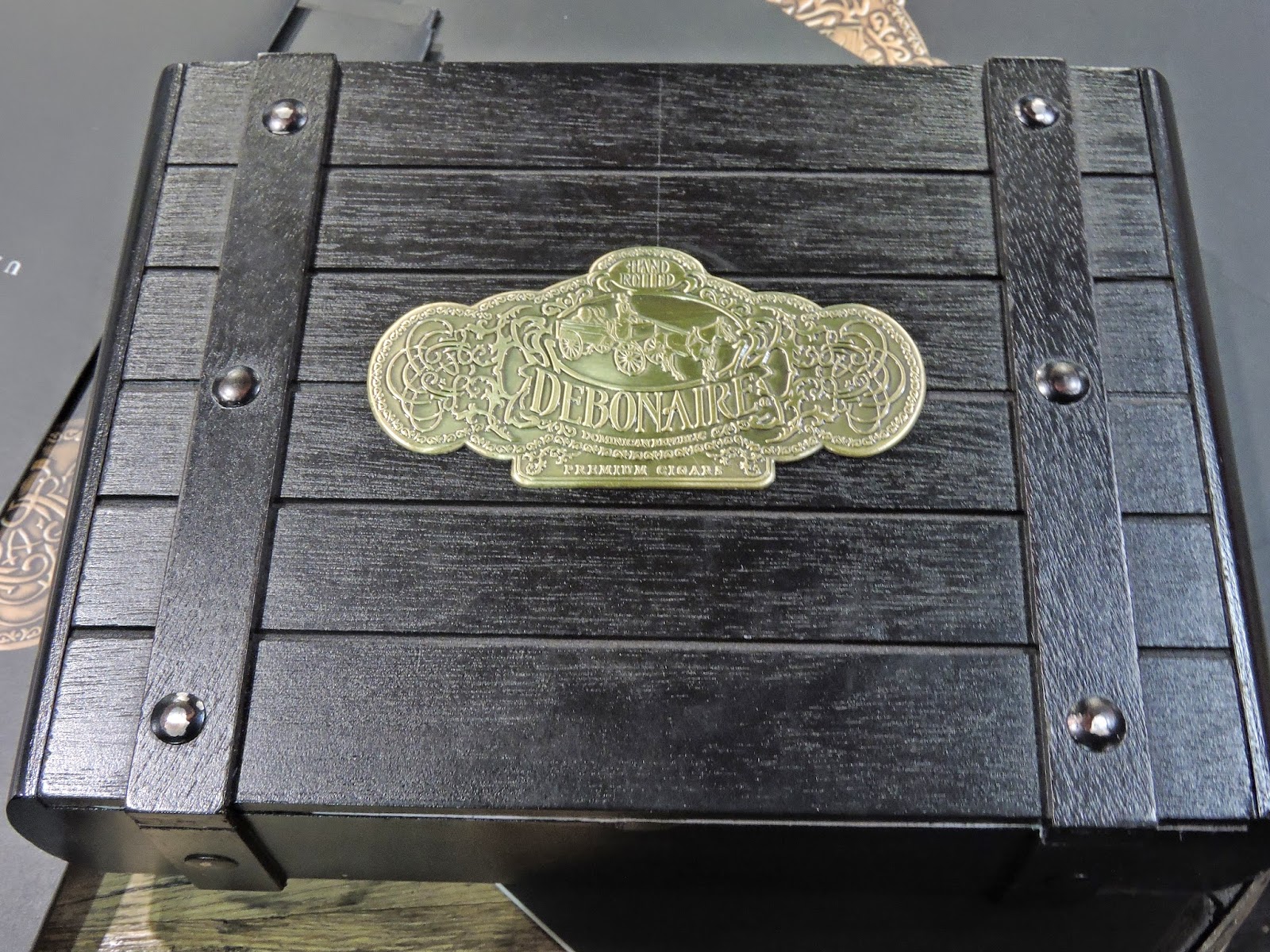 The Debonaire Maduro Toro has a mocha colored wrapper.  Upon closer examination some darker marbling can be seen on the surface.  There is a light coat of oil on the wrapper.  There are some visible veins and visible wrapper seams that give this the classic rugged look of Connecticut Broadleaf. 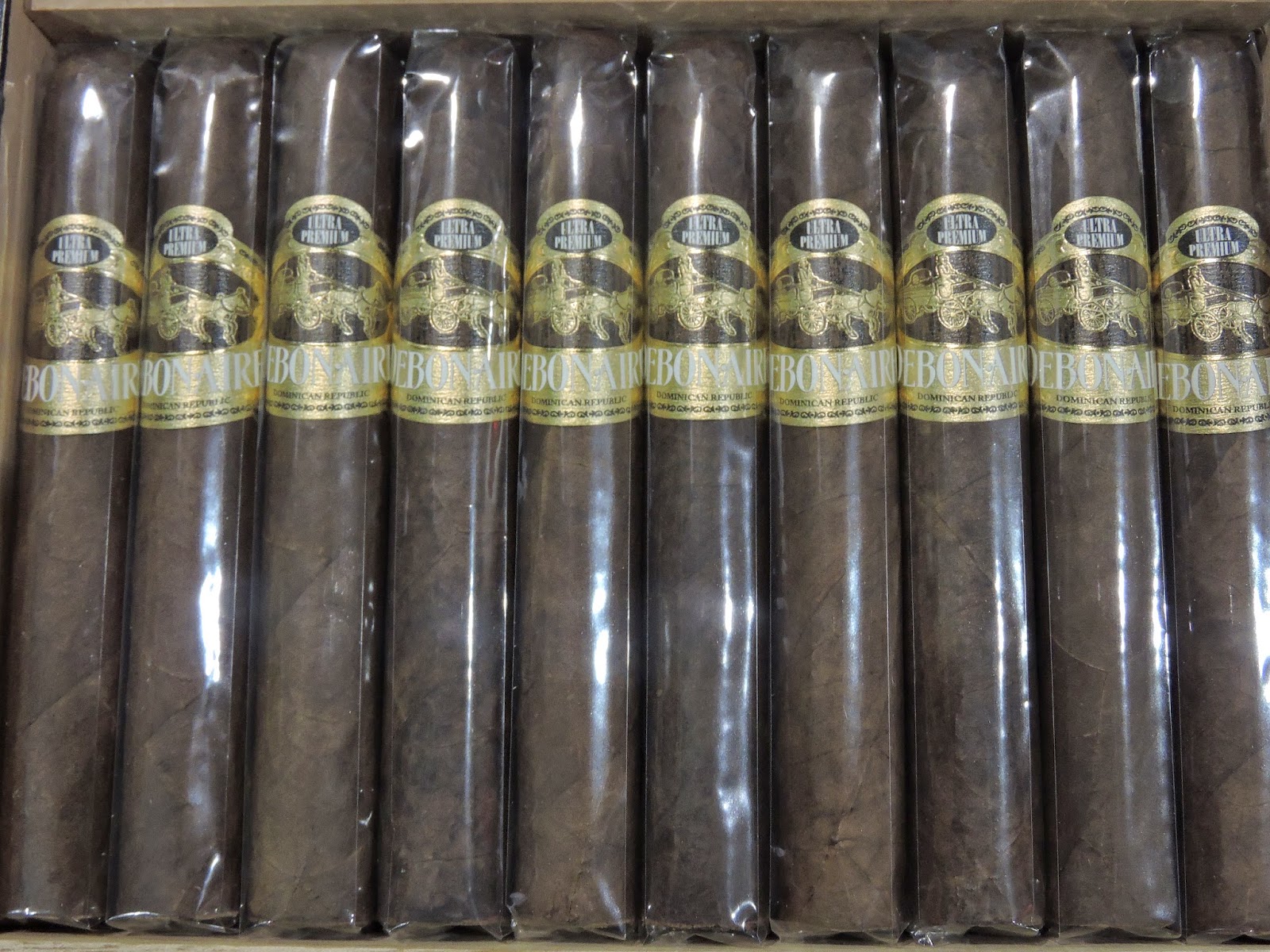 The rear of the cigar band has a hand-stamped date it was packaged and put in the box.  The date for the specific cigar is June 25, 2014.

The start to the Debonaire Maduro Toro provided a mix of cocoa powder, natural maduro sweetness, and white pepper. The cocoa notes became primary early on. The pepper notes became secondary while the sweet maduro notes were a little more distant. Meanwhile on the retro-hale I picked up a combination of white pepper and cocoa.

By the later part of the first third, some earth notes were now mixed in with the cocoa in the forefront. I was now also getting some of the signature Debonaire au-jus/meaty notes on the after-draw.  The pepper and sweet maduro notes were still present in the background.

In the second third, I found the earth notes were primary.  The cocoa and pepper notes from time to time crept into forefront from time to time. I was still getting some of the au-jus notes on the after-draw and the maduro sweetness was still very much present. Around the midway point I detected a touch of almond in the background for a short time.

By the end of the second third, the pepper was very much in the forefront with the earth notes. There still was au-jus component on the after-draw. The cocoa and maduro sweetness were much more dialed back at this time. This is the way the Debonaire Maduro Toro finished up.  The resulting nub was outstanding – cool in temperature and firm to the touch.

The Debonaire Maduro Toro demonstrated the same excellent quality as I have found throughout all of the cigars made by Debonaire.  The burn line remained sharp from start to finish and required minimal touch-ups to keep it straight.  The resulting ash was firm with a silver gray color.  The ash came off the cigar in nice clean chunks.  The burn rate and burn temperature were ideal.

As for the body, I also found this had some more depth compared to the Debonaire Habanos I had smoked.  As with the strength, the body started out medium to full.  By the second third, the Debonaire Maduro Toro was in full-bodied territory.  For the most part, I found the strength and body of the Deboanire Maduro Toro balanced each other very nicely.

Zanghi has been a guest on Stogie Geeks several times in 2014.  He has beamed with pride with the Debonaire Maduro – and rightfully so as this is one outstanding cigar.  Zanghi has also mentioned how it has been very important to give this maduro time to allow the sugar content of this cigar to emerge.  I’ve had these Debonaire Maduros sitting for almost 90 days.  They were smoking good when I first got them and now they are smoking great.  This is a cigar that is going to combine all the things you love about a maduro with the signature meaty flavor profile Debonaire has become known for.

There are two standout maduros I have had in 2014.  The Debonaire Maduro blend is a part of that group and it ranks as the premier Connecticut Broadleaf released in 2014.  While this is a cigar I’d recommend to a more experienced cigar enthusiast, I certainly wouldn’t discourage a novice from trying this.  As for myself, this is easily a cigar I’d fight Chuck Norris for a box of.

(*) Disclaimer:  Debonaire Cigars is a sponsor of Cigar Coop / Stogie Geeks. The cigars for this review were still purchased.  For a list of retailers to purchase Debonaire, click here.