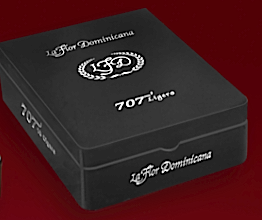 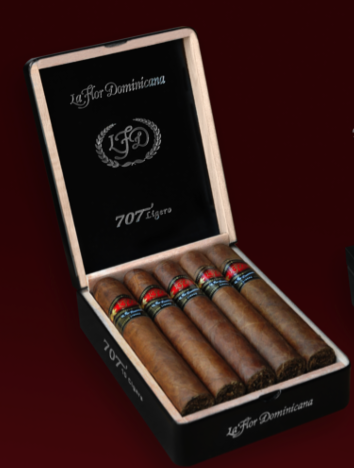 Earlier this year, La Flor Dominicana released its first 70 ring gauge cigar.  This cigar was a limited release to the Tobacconists Association of America (TAA) and was appropriately titled the La Flor Dominicana TAA Exclusive 2014 – 707.  In addition to the new 707 Ligero having wider distribution than the TAA Exclusive, there are some other differences.  The big difference is that the new 707 Ligero will use an Ecuadorian Habano wrapper as opposed to the Ecuadorian Sumatra used on the TAA Exclusive.  The packaging will be different as the 707 Ligero will come in ten count flip top boxes while TAA Exclusive was packaged in a unique retailer-friendly cabinet-like box.