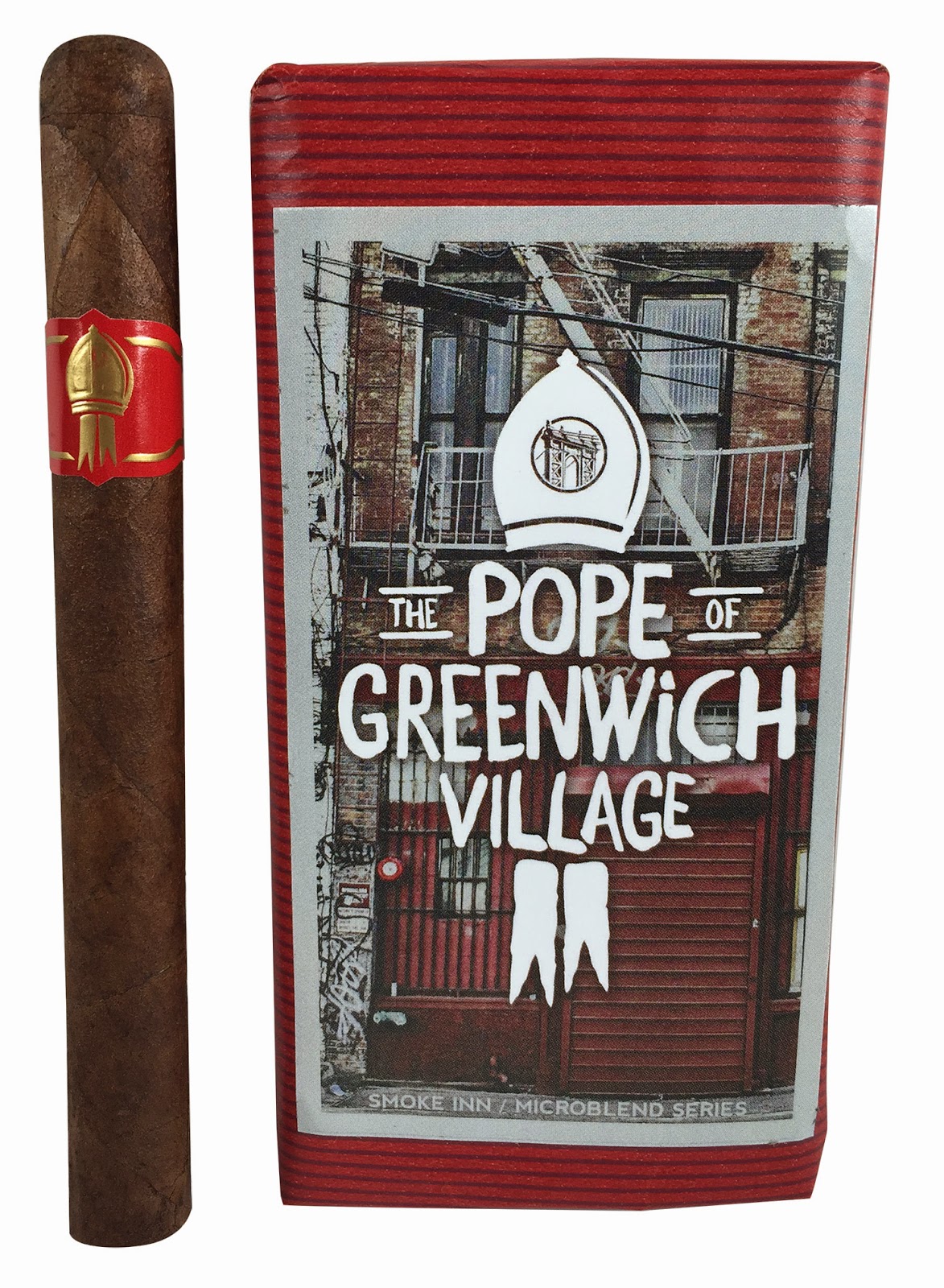 As we reported back in December, Drew Estate would be teaming up with South Florida retailer SmokeInn to produce its 10th installment of its MicroBlend Series.  The project is being called “The Pope of Greenwich Village”.  The cigar, which will be an exclusive to Smoke Inn will soft-launch tonight at an event dinner on the eve of Smoke Inn’s Great Smoke event with a planned launch in the Spring 2015.  Details on the cigar itself were also announced today.

The cigar will be a 6 x 40 panatela.  This is the first cigar that is a panatela in the history of the SmokeInn MicroBlend series, and will also be the thinnest cigar released in the series to date.  The blend has tobaccos very familiar to Drew Estate enthusiasts – a Mexican San Andres wrapper, Connecticut Stalk Cut Habano wrapper, and a combination of Brazilian Mata Fina and Nicaraguan filler.  The cigar was blended by Drew Estate’s Master Blender, Willy Herrera.

“This cigar will appeal to fans of our other maduro blends, including Undercrown, Nica Rustica, MUWAT, and Liga Privada. Anyone who has smoked cigars that I’ve blended knows I like spice, but I didn’t go overboard here. The blend is balanced, bold, and just really good. The small ring gauge definitely amplifies the flavor, and I think this is a winner, ” said Herrera in a statement announcing the cigar.

Abe Dababneh, the owner and founder of Smoke Inn, commented on the release saying, “I’m very excited to have my friends at Drew Estate joining us in Smoke Inn’s Microblend series. Drew Estate’s new Microblend has been a long time coming, but it was worth the wait. They really delivered with the ‘Pope of Greenwich Village’. This is a great cigar, meaty, earthy, and tasty. I’m sure they’ll sell out quick, so make sure to grab your pre-order before it’s too late.”

The Smoke Inn Microblend Series concept involves the South Florida retailer teaming up with some of the biggest names in the cigar industry to produce a limited run exclusive to its shops.

At a glance, here is a look at “The Pope of Greenwich Village” by Drew Estate:

As mentioned, “The Pope of Greenwich Village” by Drew Estate will be available in one size – a 6 x 40 panatela.