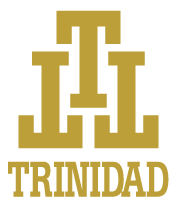 In the past few years, one of the quieter brands in the Altadis USA portfolio has been the Trinidad brand.  Last week, Altadis announced plans for a new limited release that will fall under the Trinidad line.  The Trinidad Lost Blends release will bring to market a batch of cigars that Altadis has had in their aging rooms for almost a decade.  First details of this release were made available to Cigar Aficionado on February 11th.

The Trinidad Lost Blends will be a release of 50,000 cigars in two sizes – a 6 x 52 salomon and a 6 1/2 x 54 Belicoso.  The cigars will come packaged in a vintage style chest each containing 50 cigars.  There will be five trays of ten of each cigar per chest.
Trinidad has not had a new release since the Trinidad Paradox back in 2012.
At a glance, here is a look at the Trinidad Lost Blends based on details reported to Cigar Aficionado and Cigar Insider.
Blend Profile
Wrapper: Indonesian Shade (Java)
Binder: Dominican Olor
Filler: Dominican, Connecticut Broadleaf
Country of Origin: Dominican Republic (Tabacalera de Garcia)
Vitolas Available
Salomon: 6 x 52
Belicoso: 6 1/2 x 54