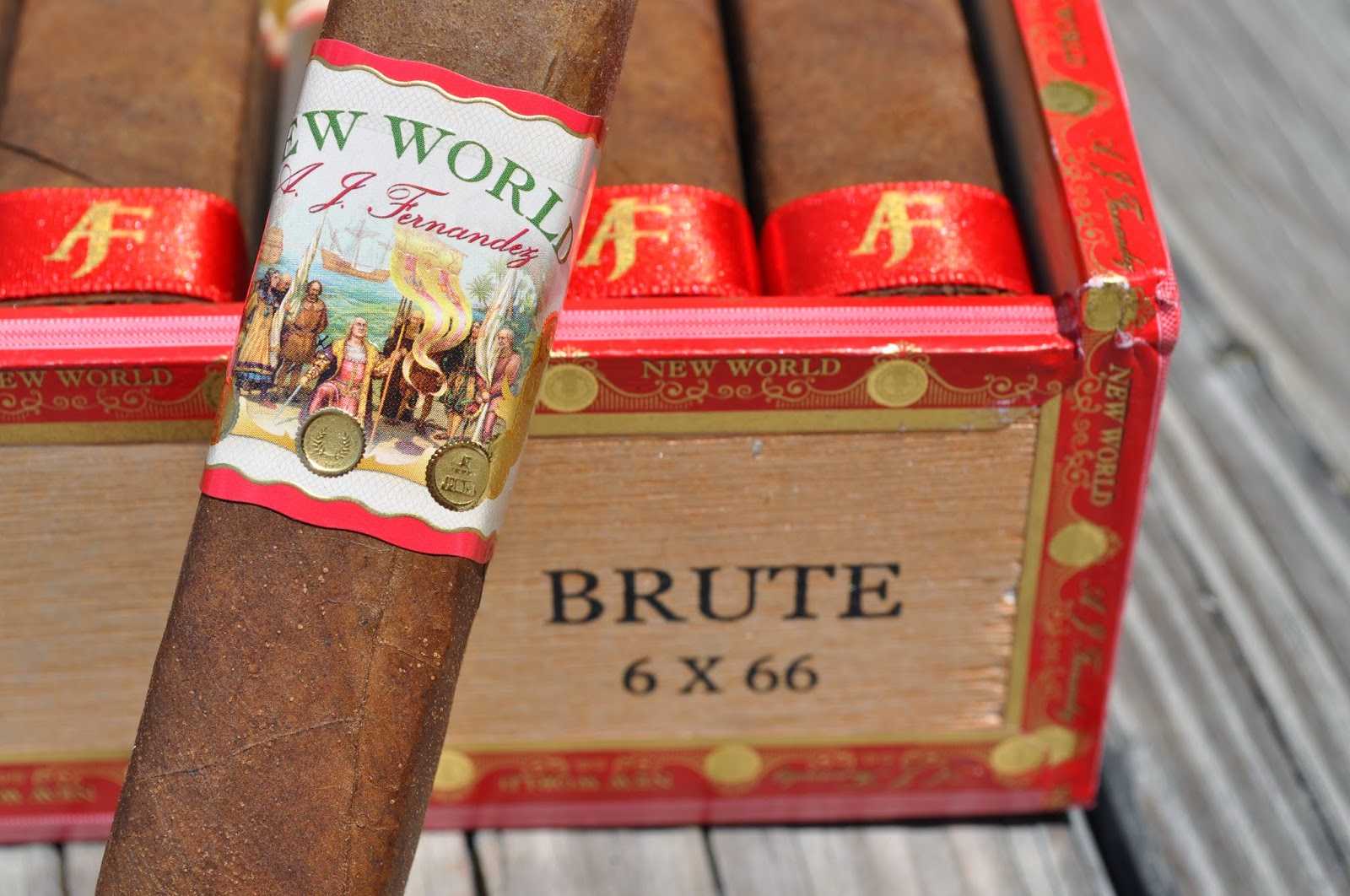 In a press release, Ron Lesseraux owner of Serious Cigars said,” A.J. Fernandez’s New World is a special cigar, and we love to offer our customers unique products. It only made sense to create a special edition New World, for Serious Cigar customer. It is true that everything is bigger in Texas, so we decided along with A.J. to push the limits, and create the New World Brute”.

A.J. Fernandez commented : “Serious Cigars has always championed our cigars and we are more than happy to create the New World Brute for them. We look forward to a great response by the consumer.”

The A.J. Fernandez New World line made its debut at the 2014 IPCPR Trade Show. The cigar is a value-priced offering that was a collaboration between A.J. Fernandez and his father, Ismael.

The New World Brute will be priced at $6.95 and can be purchased at Serious Cigars or their online store at http://www.seriouscigars.com.

At a glance, here is a look at the A.J. Fernandez New World line.

The A.J. Fernandez New World is a Nicaraguan puro:

The Brute brings the total number of vitolas in the New World line to five.