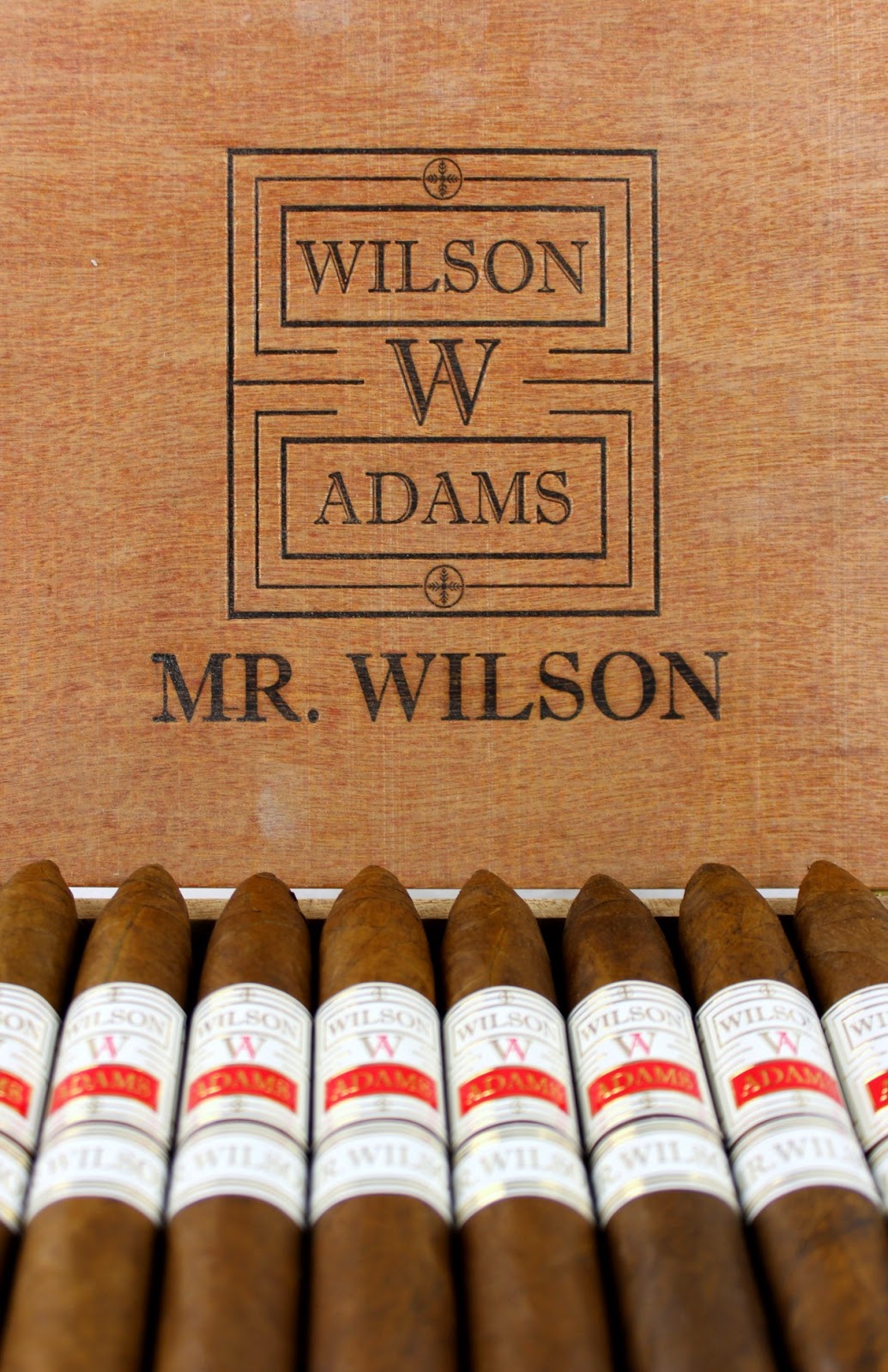 Wilson Adams Cigar Company has announced their first limited edition cigar. The Wilson Adams Mr. Wilson will be the third blend released by the company. The cigar carries the name of company owner Brandon Wilson and will be released on May 19th – coinciding with Wilson’s birthday. A national launch event will be held at Underground Cigar Shop in Fort Worth, Texas on May 30th.

The cigar will be a 6 1/8 x 52 torpedo. It will be the company’s first torpedo frontmark to be released. It will feature a San Andres wrapper – another first for the company.

In a press release by the company Wilson said, “This cigar is what I believe to be the excellence of execution. If you are familiar with Wilson Adams Cigars, you know I take pride in blending each cigar to be elegant, smooth, balanced and full of flavor. This cigar has all that with the added bonus of being full-bodied and full-strength. I wanted to give cigar smokers a phenomenal smoke they can look forward to once a year.”

“This was the first cigar that wasn’t a collaborative effort within the company, so it was special to me. That’s why It’s called Mr. Wilson and the cigar will launch on my birthday. It is the rebirth of my company,” added Wilson.

At a glance, here is a look at the Wilson Adams Mr. Wilson: