Boutique Blends has announced the long awaited second box-pressed Quattro release.  The Aging Room Quattro F59 will be a box-pressed cigar that features a Habano wrapper with Dominican binder and filler.  It will be launched in five sizes and is expected to be showcased at the 2015 IPCPR Trade Show.

The second Quattro was originally intended to be called the Aging Room Quattro T59, but a decision was made to rename it to F59.  Originally this project had been slated to be a 2014 release, but as Rafael Nodal told us at the 2014 IPCPR Trade Show a decision was made to postpone the project due to the success of the Aging Room Quattro F55 (Cigar Aficionado’s #2 Cigar for 2013) 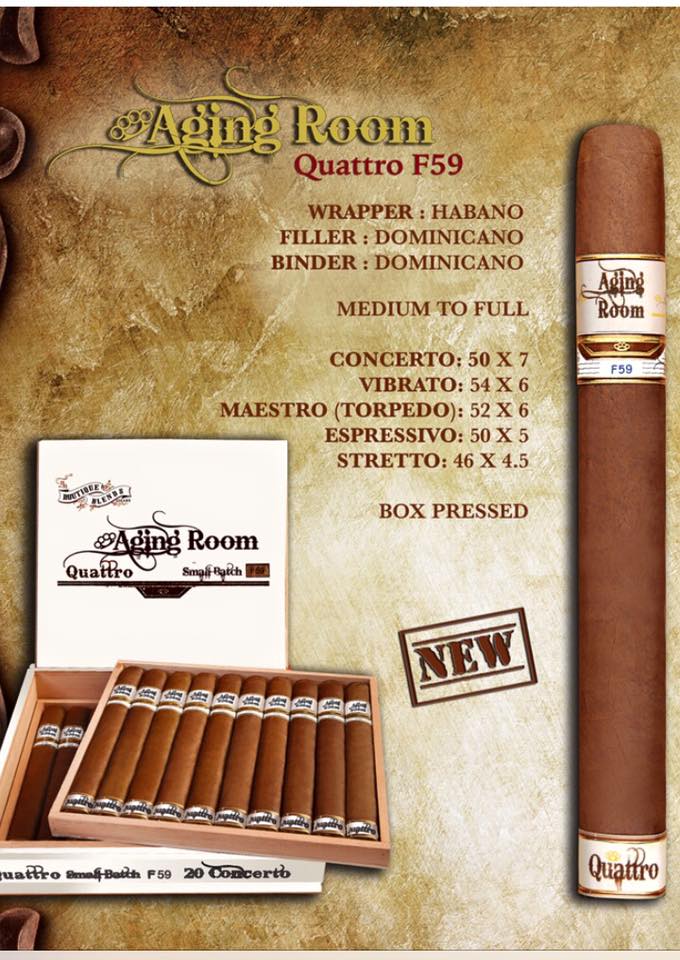 At a glance, here is a look at the Aging Room Quattro F59: