Boutique Blends has announced a third installment to its small batch ffortissimo line.  The company will unveil the Aging Room ffortissimo M19 – a cigar that will be a box-pressed Habano wrapped cigar in a box-pressed perfecto shape.  The cigar is expected to be showcased at the 2015 IPCPR Trade Show.

The ffortissimo line is an annual release by Boutique Blends.  It is one of the more limited releases by the company and has pretty much been “one and done”.  The name fortissimo translates to “strong” and the cigars in this series 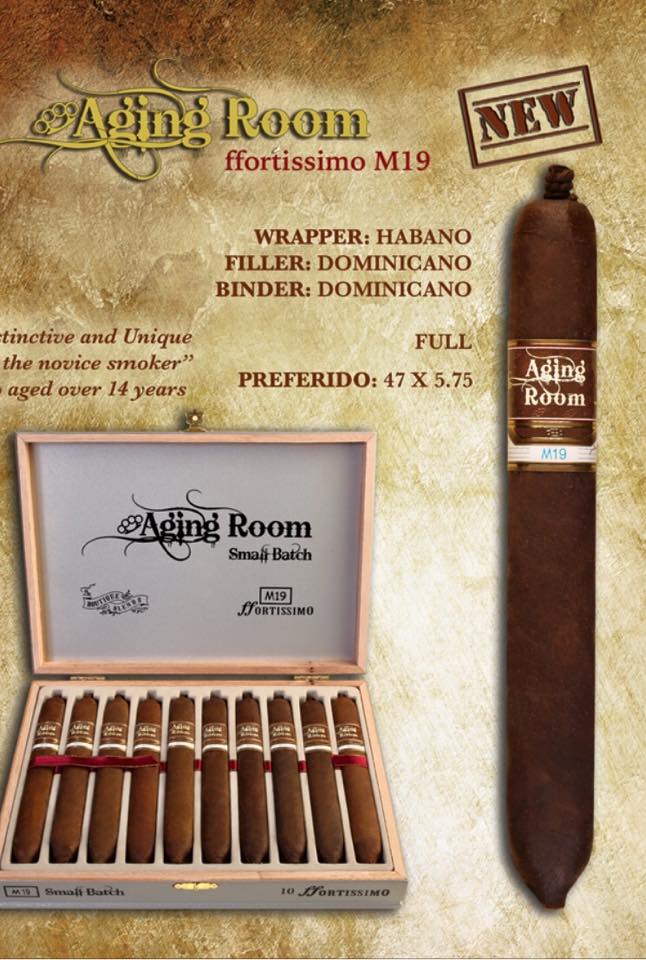 At a glance here is a look at the Aging Room ffortissimo M19:

Rafaek Nodal commented on his Facebook page on the blend.  He mentioned that the M19 uses the same type of wrapper of the M21 but from a higher priming.  The filler incorporates tobaccos from both the M20 and M21.  All tobaccos Aged over 14 years old