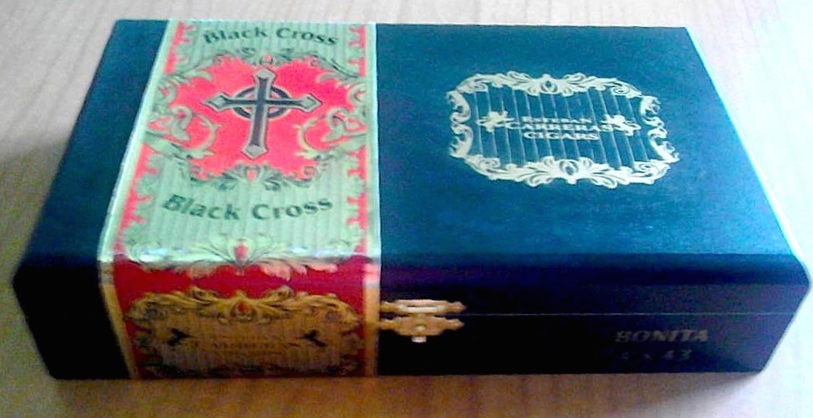 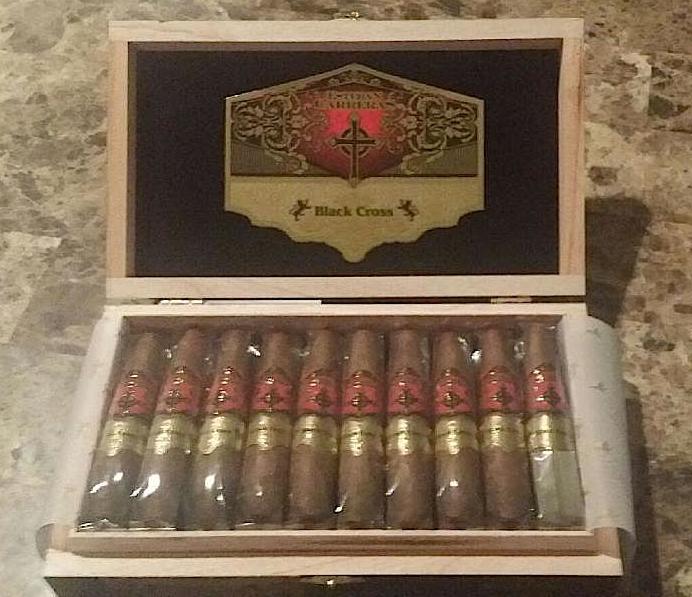 Black Cross is a project that Esteban Carreras owner Craig Cunningham has been working on for the past two years.  The cigar features a Habano Cafe wrapper  over Nicaraguan binder and includes Jalapa valley ligero. There will be six sizes in the line. The cigar is being made at Tabacalera Carreras S.A. 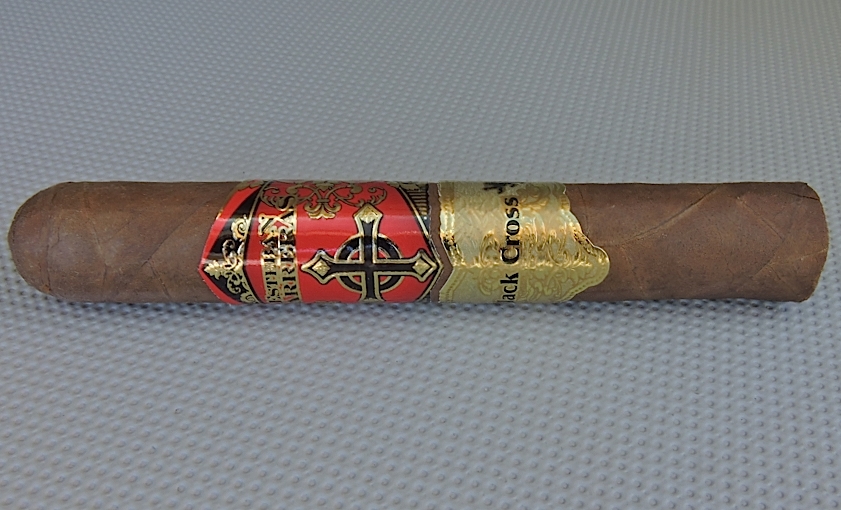 Esteban Carreras was a freedom fighter in Cuba who helped get people out of Cuba as Castro was coming into power. To identify “like minded people” against the Castro regime, a black cross was used to accomplish this.  A black line would be drawn with charcoal.  If the other person crossed that line, then that person knew they were dealing with a like minded person.

Thompson indicated that a soft-launch is expected to ship on June 19th being done to select retailers who pre-ordered the cigar.  The cigar will then be showcased at the 2015 IPCPR Trade Show where it will be generally available. 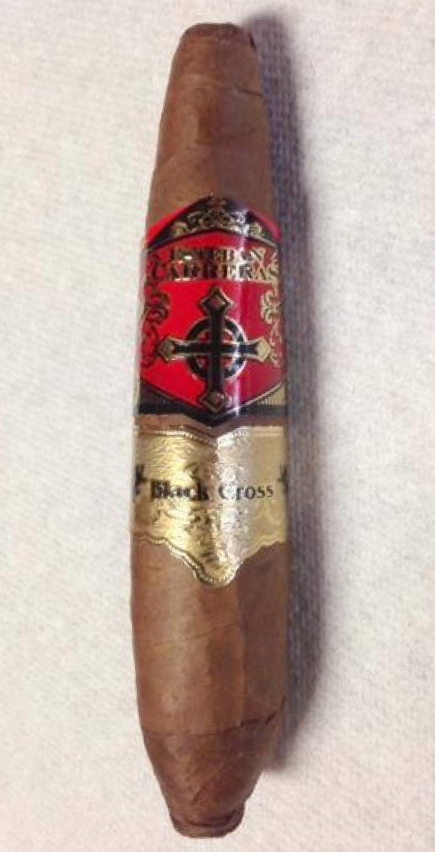 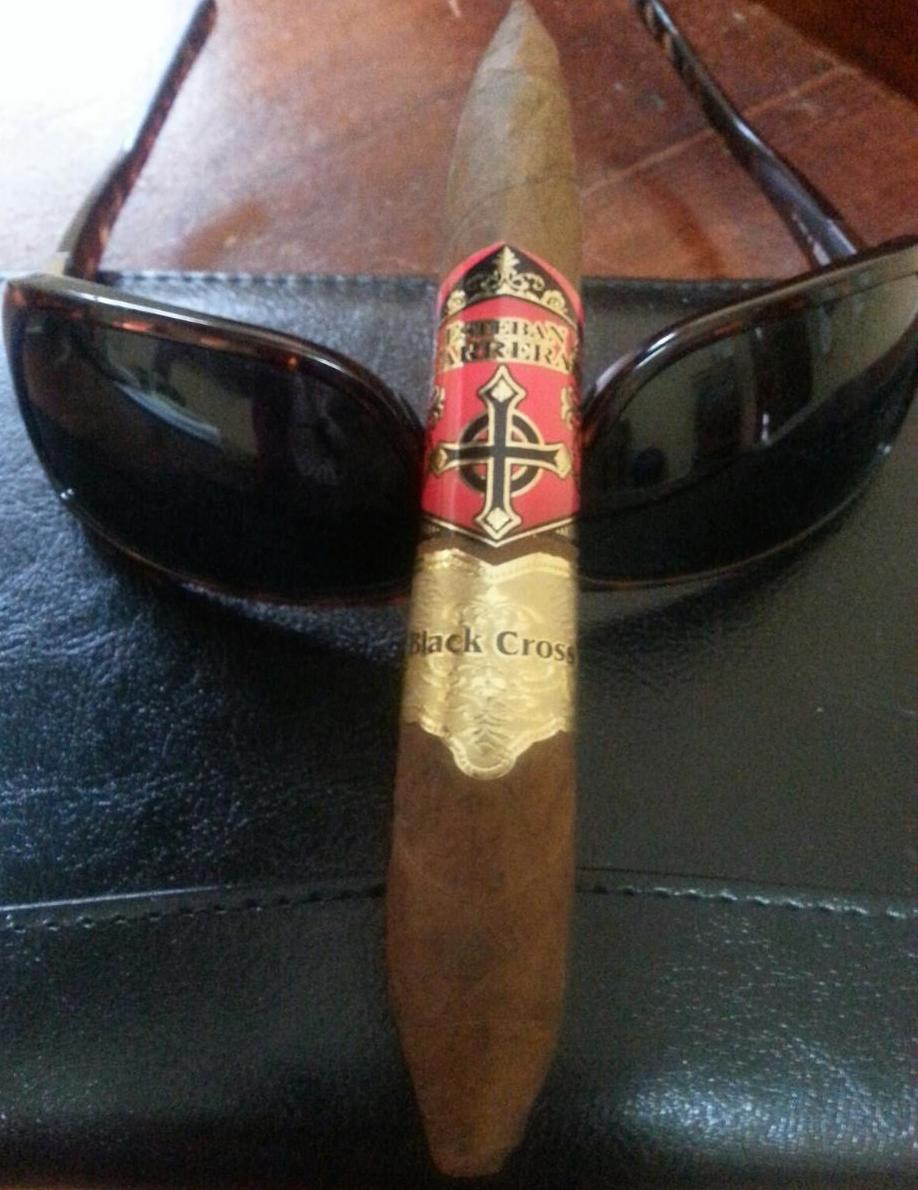 Our conversation with Thompson from the Southern Cigar Festival appears below:

At a glance here is a look at the Esteban Carreras Black Cross:

While Thomspson mentions 4 sizes, it turns out there are six sizes in the line. All sizes are in 20 count boxes except the Cervantes which comes in 10 count boxes.