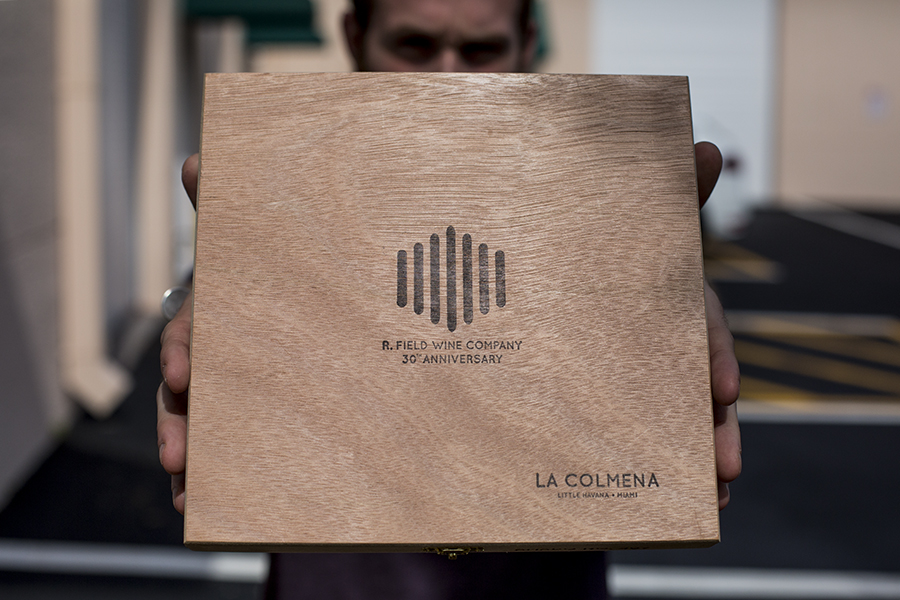 Warped Cigars is planning on producing a limited production La Colmena branded shop exclusive to coincide with Hawaii retailer R. Field Wine Company’s 30th Anniversary.  The cigar will be officially be launched at the retailer’s 30th anniversary party scheduled in September with the Warped Cigars’ team in attendance.

While specifics of the blend and size have not been disclosed, Warped Cigars’ owner Kyle Gellis informed Cigar Coop that the cigars will be available in ten count boxes with a total production of 200 boxes made.

Earlier this year, Warped Cigars produced the La Colmena Reina, a shop exclusive to Maxamar Ultimate Cigars in Southern California.  Gellis also informed Cigar Coop that following the R. Field Wine release, La Colmena will no longer be a part of the exclusive program for retailers.