Agile Cigar Reviews replace what we termed “Assessment Updates”. The concept is the same, but the name is different. Agile Cigar Reviews use a lightweight, shorter format. These will never take the place of our comprehensive reviews. They are only used on blends we have previously assessed. This might be a blend we are re-scoring or providing a score for a first time. It might be a blend we are looking at in a different size. Today we look at the Las Cumbres Tabaco Senorial Belicoso No. 2 by Jose Blanco. This is a cigar we assessed in the Corona Gorda No. 5 size back in July, 2014. 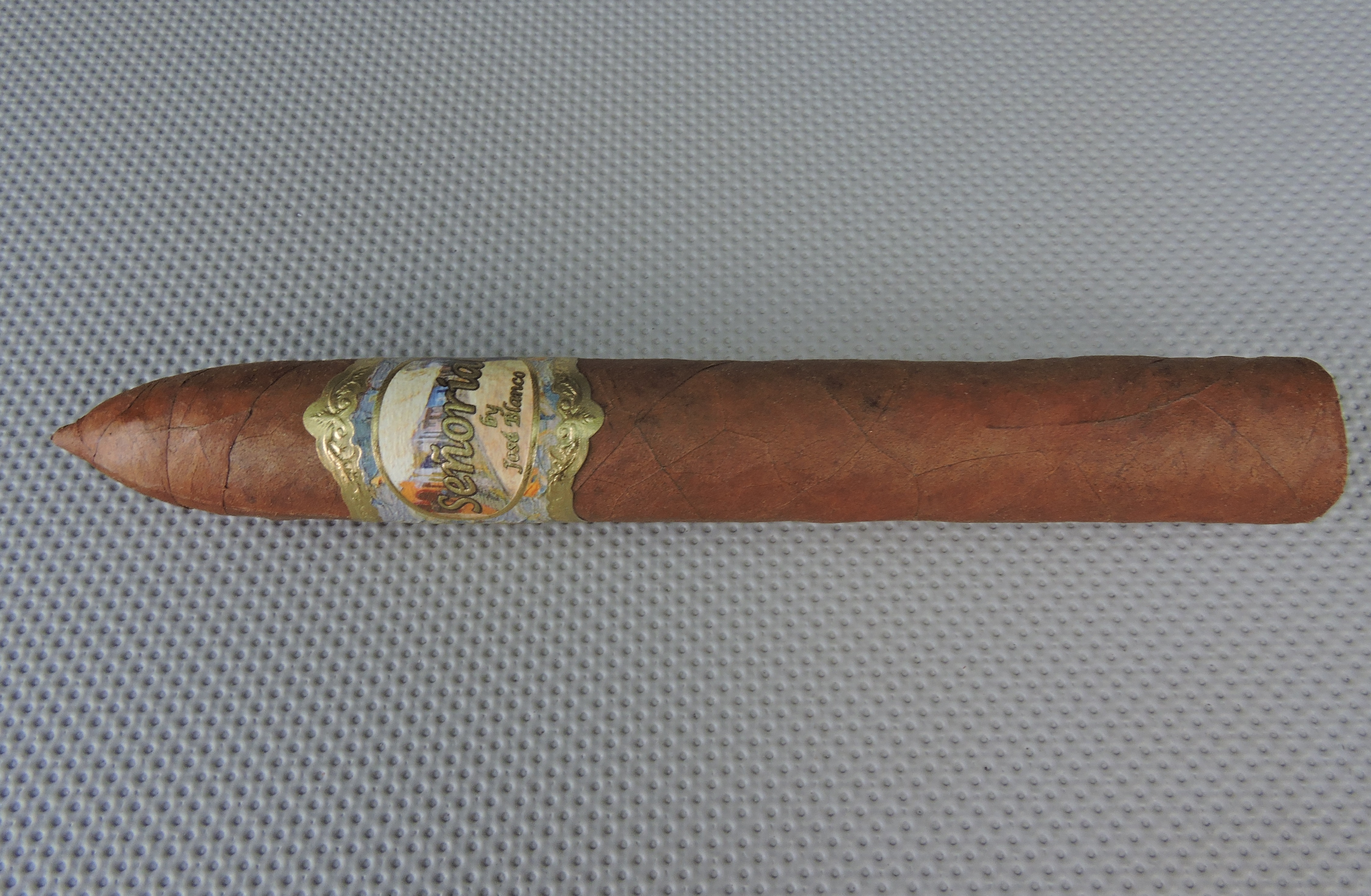 Senorial by Jose Blanco is the debut release by new company Las Cumbres Tabaco. This is the company formed by longtime industry veteran Jose Blanco. Blanco is best known for his long-time association with La Aurora Cigars in the Dominican Republic. After a two year stint in Nicaragua at Joya de Nicaragua, Blanco returned the Dominican Republic and formed his company. For the production of his cigar, Blanco is working withTabacalera Palma – the factory owned by his cousin Jochi Blanco.  Today, we take a look at the Belicoso No. 2 size from the Senorial line.  The Senorial was a highly rated blend as it finished as the Cigar Coop #10 Cigar of the Year for 2014.

With Senorial, Blanco built a blend consisting of an Ecuadorian Habano wrapper, a Nicaraguan binder from Esteli, and a filler featuring Dominican Piloto Cubano and Dominican Corojo.  Senorial was launched in five sizes.  The Belicoso No. 2 is the one figuardo in the regular production Senorial line – and it also is the longest cigar as it measures 6 1/4 x 52.  The cigars used for this assessment have been aging in the Cigar Coop humidor for eight months.

Strength-wise, I found this eight month aged Senorial Belicoso No. 2 to be a little more dialed back compared what I have smoked in this line – and this worked beautifully with the flavor profile.  In terms of strength, the Belicoso No. 2 started out medium before progressing to medium to full in the second half.  The body was also slightly diminished as it started out medium to full before moving to full-bodied in the second third.

Overall this is a very nice cigar in the Senorial blend.  While I’d still put the Corona Gorda No. 5 as the “Belle of the Ball” (best vitola in the line), the Belicoso No. 2 certainly holds its own – and it’s very much a box worthy cigar.