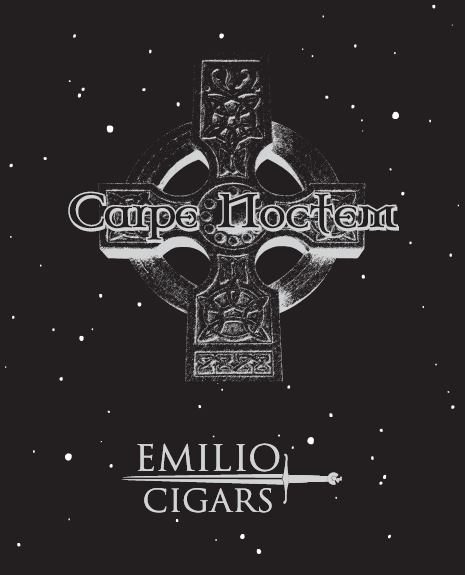 Carpe Noctem is a cigar Emilio fans have been anticipating for the past three years. The good news is it is finally available, but it won’t be for long. Today, House of Emilio, the distribution arm for Emilio Cigars has announced that Carpe Noctem a limited production of 275 boxes are heading to Smokin Joe’s and Old City Cigars in Knoxville, Tennessee – and this appears it will be the only release of this product.

The move is somewhat of a puzzling one as Emilio Cigars heads into its first IPCPR in the post Gary Griffith era.

The wait is over. 275 boxes of Carpe Noctem were produced in 2014. These are now the only boxes in existence and are now available exclusively through Smokin’ Joe’s.

It was back in 2012 when then brand developer Gary Griffith announced Emilio Carpe Noctem, a project being done with Tabacalera Fernandez. The project saw numerous delays. This past May, Griffith departed Emilio Cigars and Carpe Noctem had still not yet been released.

We did a pre-release assessment of the Emilio Carpe Noctem last year.

At a glance, here is a look at the Emilio Carpe Noctem