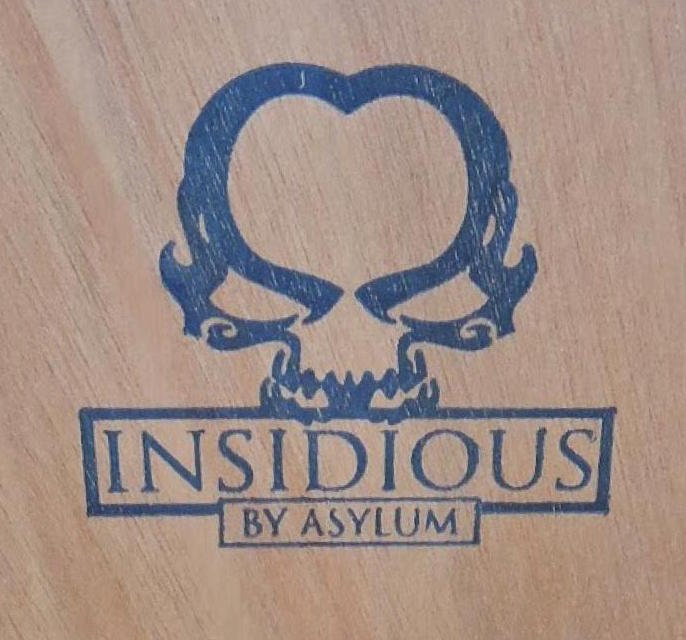 A third blend is coming to Asylum Cigars’ Insidious line.  The Insidious by Asylum Habano is slated to make its debut at the 2015 IPCPR Trade Show in New Orleans. Like the Insidious Connecticut Shade and Insidious Maduro blends, the cigar will feature a sweet tip on the cap.

Asylum launched the Insidious at the 2014 IPCPR Trade Show with the Connecticut Shade offering. The line was meant to provide an offering for novice or new cigar enthusiasts. The sweet tip provides an easy “entry point” for this genre of smoker. Earlier this year, the Insidious Maduro was added.

At a glance, here is a look at the Insidious by Asylum Habano.

The four sizes of Insidious by Asylum Habano will be packaged in 25 count boxes. Pricing will start at $4.50 per cigar.