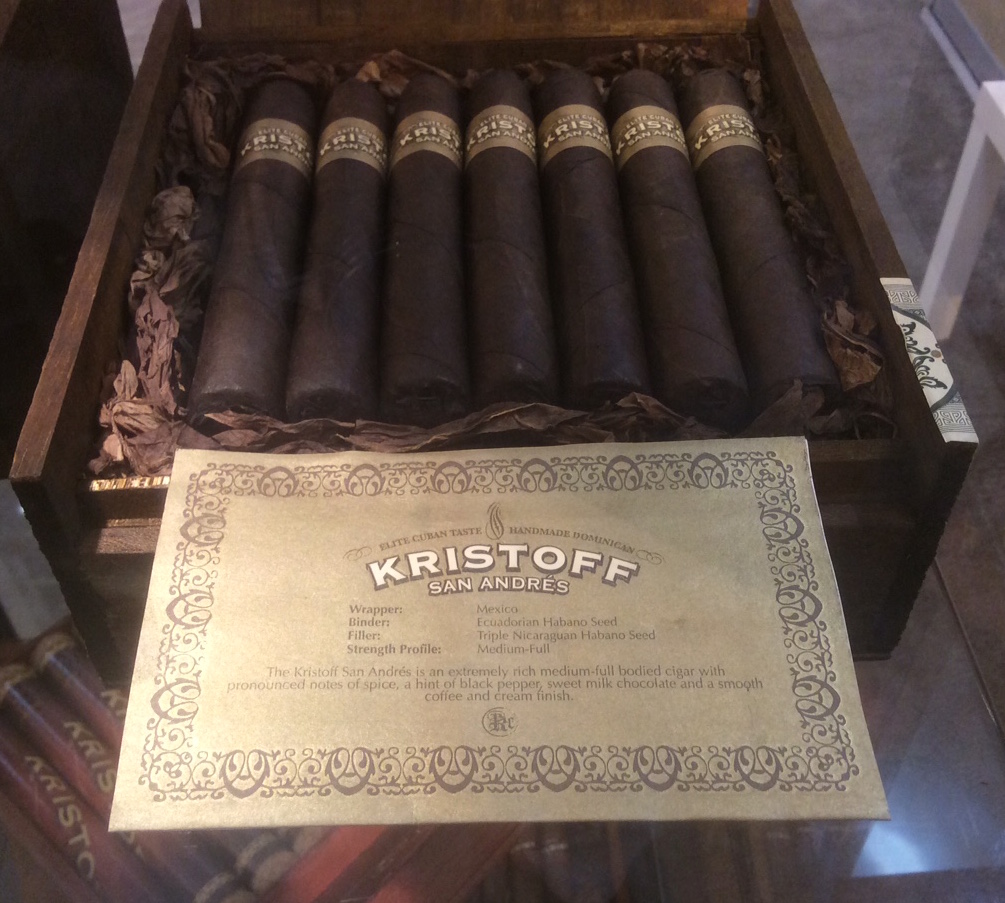 At the 2015 IPCPR Trade Show, Kristoff introduced its new Kristoff San Andres line. The name of this cigar is no surprise as it is named for the San Andres Mexican wrapper this cigar .

The packaging is a throwback to many of the older Kristoff lines. It features the rugged style boxes and banding Kristoff has become known for.  Over the past couple of years, the company has gone to more sleeker packaging with the Galerones series and the recently released Kristoff Classic Reserva.

At a glance, here is a look at the Kristoff San Andres: