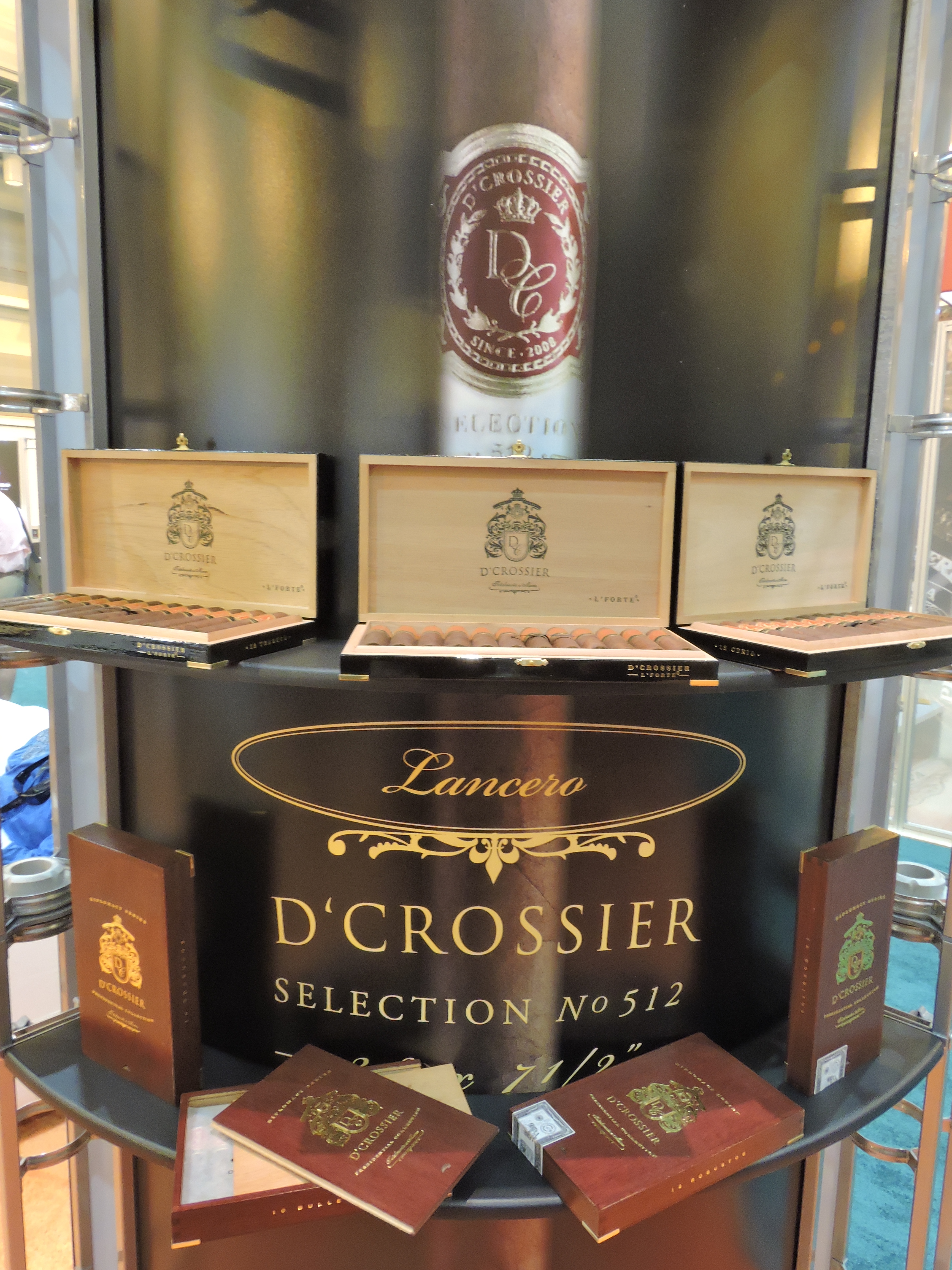 Earlier this year, it was announced that Pure Aroma Cigars was entering into a agreement with Espinosa Cigars to handle its distribution. Pure Aroma Cigars is best known for making the D’Crossier brand of cigars. The move was not a surprise to many as D’Crossier Cigars owner Isaisas Santana Diaz and Espinosa Cigars’ owner Erik Espinosa are close friends. D’Crossier Cigars was a part of the Espinosa booth this year, and the company had a couple of new offerings to showcase.

Diaz originally is from Havana, Cuba but has lived in the United States since 1995. He named his company’s main brand D’Crossier as a tribute to his great grandfather Francisco Crossier. Originally Crossier came over to Cuba from France in search of a place to expand some vineyards he owned. It was there where Crossier expanded his passion for cigars. Diaz founded the company to complete his great grandfather’s legacy. The production of D’Crossier cigars comes out of Costa Rica.

This year two new cigars under the Selection No. 512 line were introduced. The 512 name, this pays homage to the location in Costa Rica where D’Crossier cigars were first made back in 2008.

First up is the D’Crossier Lancero Selection No. 512. This is a cigar was done in tribute to Diaz’s father. The cigar is a traditional 7 1/2 x 38 lancero. It features an Ecuadorian Habano 2000 wrappers over Nicaraguan puros. The cigars will be packaged in 20 count boxes.

The other featured cigar was another offering under D’Crossier’s line, the Flor de D’Crossier line. This is a value priced cigar, but one that we have found delivers a high quality smoke. The new Flor de D’Crossier will feature its packaging in canister tins.

The Flor De D’Crossier has already shipped to retailers.