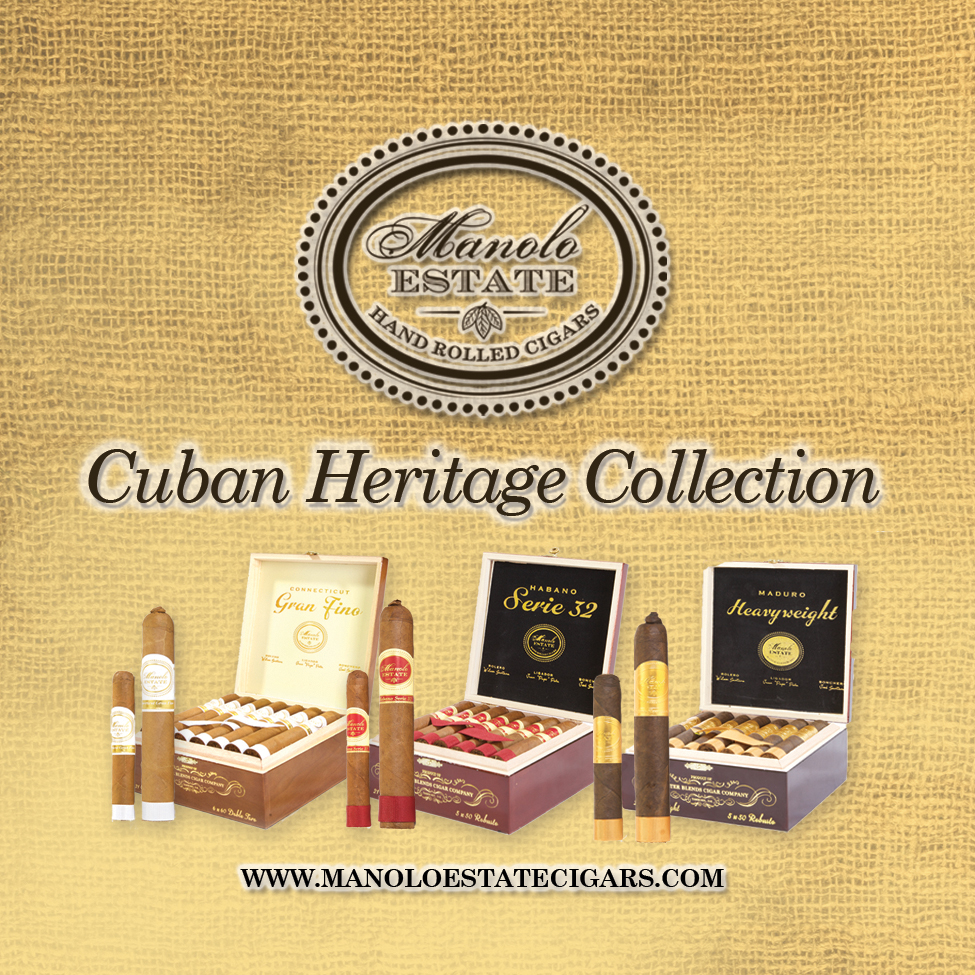 Master Blends Cigar Company, a venture by tobacconists Luis Gutierrez and Juan Carlos Rojas has announced its new brand, Manolo Estate Cuban Heritage line.  The line will feature three blends which will be showcased at the 2015 IPCPR Trade Show in New Orleans.

Gutierrez and Rojas hail from New Jersey where they were tobacconists at Ash Fine Cigars in Hoboken, New Jersey and Newfounded, New Jersey. To make their blend, the duo teamed up with Tabacalera El Artista based out of the Dominican Republic to create their cigar lines.

The name of cigar stems from Rojas’ father Manuel “Manolo” Rojas.  The line pays homage to the Cuban craftsmanship of the Rojas and Gutierrez families who have had three generations in the cigar business.

The Gran Fino Connecticut is the Connecticut Shade offering.  It consists of a Connecticut Shade Broadleaf wrapper, a Criollo 98 binder, and a filler consisting combination of Cuban-seed Dominican Ligero, Nicaraguan Esteli, and Pennsylvania tobacco.

The Serie 32 Habano consist of an Ecuadorian Habano broad leaf wrapper with a blend of Cuban-seed Dominican Corojo, Ligero, and Seco along with what is described as a strong base of Nicaraguan Esteli and  Pennsylvania Ligero .

The Heavyweight Maduro is the company’s maduro and fullest offering.  The blend features a San Andres maduro wrapper , a Criollo 98 binder, and a mix of Nicaraguan Esteli, Pennsylvania, and Dominican ligero.

In a press release, Co-Founder Rojas described the line by saying, “Manolos are made with only the most avid cigar smokers in mind and are not intended for the meek in palate that’s why each of our blends packs a flavorful punch according to their category of strength.”

“When it comes to our Manolos we aimed to imbue each blend with only the best materia prima from around the world so that each individual smoke provides a lasting experience that only a true top contender can offer,” added Gutierrez.