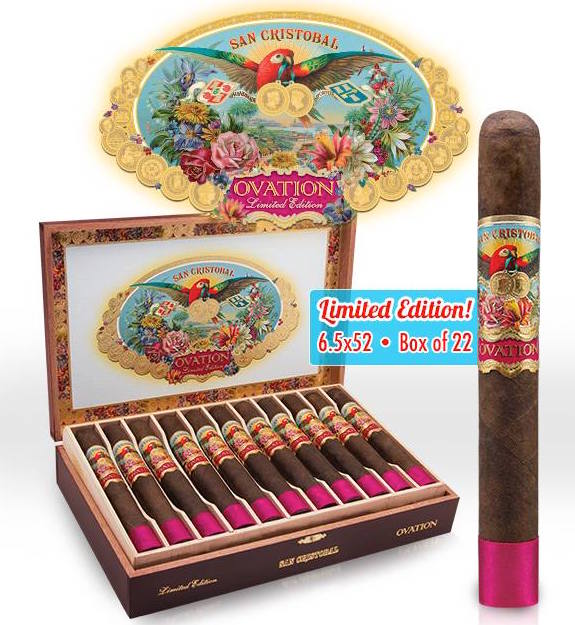 At a glance here is a look at the San Cristobal Ovation:

According to Ashton, the San Andres Oscuro wrapper goes through a 2 1/2 year double fermentation cycle.