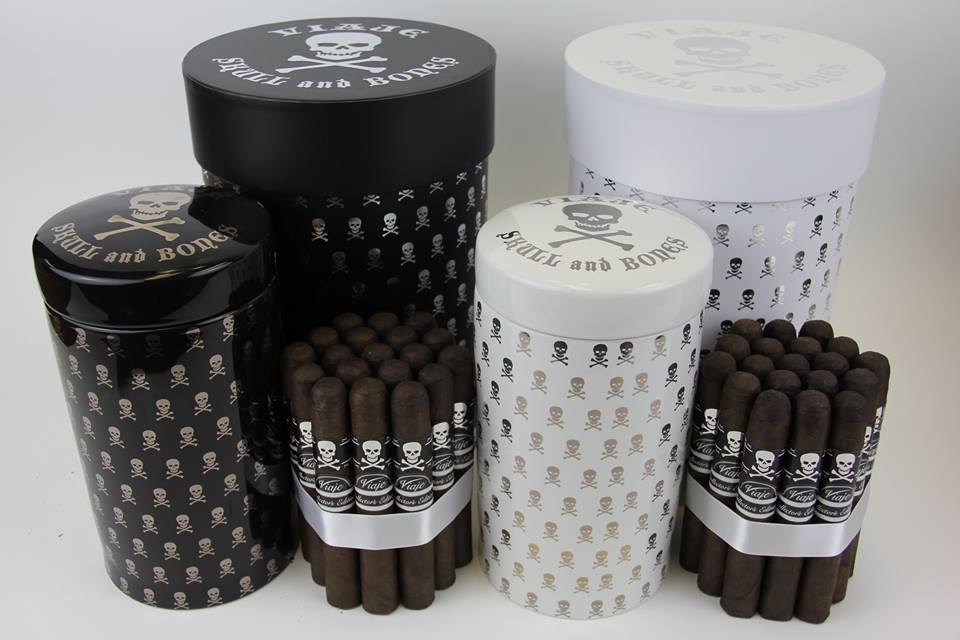 At the 2015 IPCPR Trade Show, Viaje will release a new installment of its Skull and Bones series called Ten Ton Tess. This marks the 13th batch of Skull and Bones released since the line’s inception. As with several Skull and Bones releases, it has a bomb theme.  In this case, Ten Ton Tess is the nickname for an Earthquake / Seismic bomb used by Britian’s Royal Air Force during World War II.  For this release, there is a lot to be excited about – there is a new factory, a new blend, a new size, new jar packaging, and a bonus release. All are branded as the third installment of the Viaje Collector’s Edition.

The Viaje Skull and Bones comes packaged in a jar. There is a black jar and a white jar – each featuring the Skull and Bones logo in silver. The jars come equipped with a humidification device.  According to the Cigar Aficionado report the cigars in both jars are the same. There will be 500 jars in each color made – each containing 19 cigars.

However there is one twist. The Cigar Aficionado report mentions that the company is releasing a third jar of what is being termed a “secret blend”. This jar is distinguished by having gold Skull and Bones’ logos on a black jar. Plans are for a 100 jars of 19 cigars to be produced of this blend. 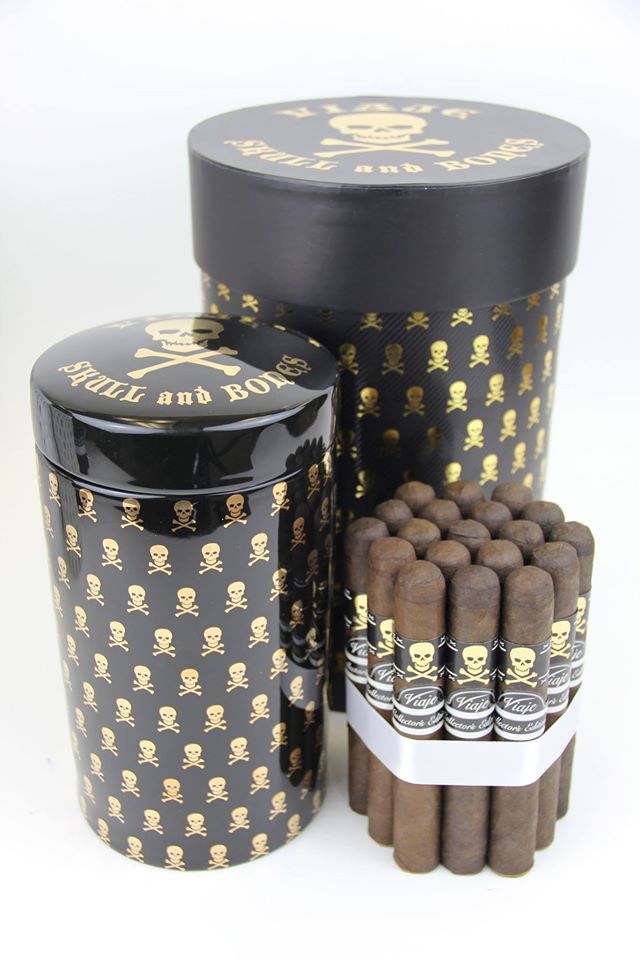 Ten Ton Tess Secret is only the third time Viaje has released such a cigar with such a designation.  This has usually meant that the cigar is a “one and done”.  Ironically, it was the last jar release, the Viaje Exclusive Double Edged Sword II that was the last Collector’s Edition – a cigar released at the 2013 IPCPR Trade Show.

The 2015 IPCPR Trade Show is shaping up to be a very busy one for Andre Farkas and Viaje Cigars.  In addition to releasing the Ten Ton Tess, Viaje is expected to unveil the Viaje Collaboration 2015 – also done in conjunction with PDR Cigars.  Plans are for the Viaje Satori 2015 to also be available.

At a glance, here is a look at Ten Ton Tess: