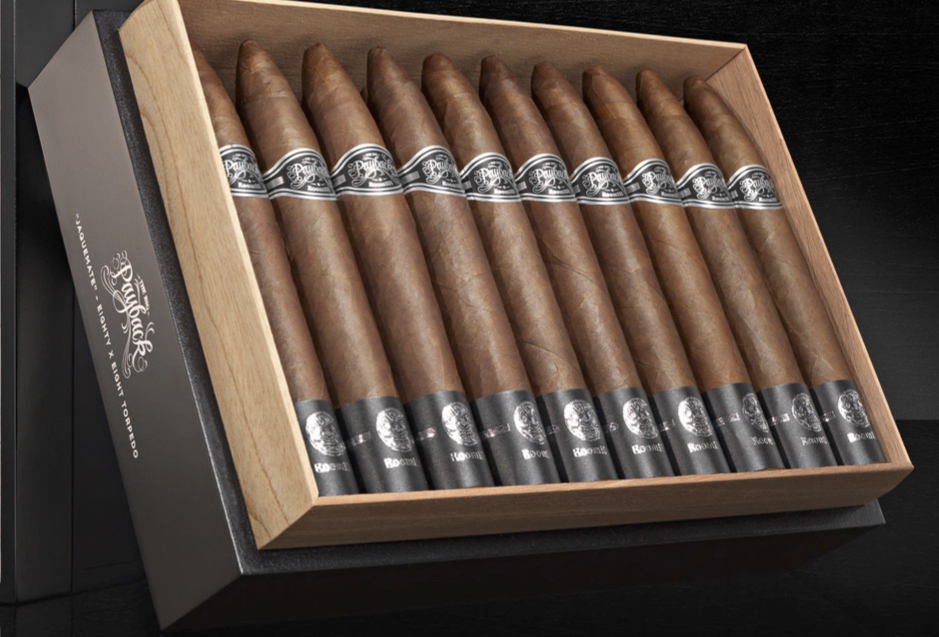 While we didn’t expect many 80 ring gauge cigars to be introduced at the 2015 IPCPR Trade Show, leave it to Matt Booth to throw a curveball. Booth is introducing a line extension to his value-priced Big Payback line skewed toward big ring gauges. The Big Payback Jaquemate will be an 8 x 80 bellicose. It was showcased at the 2015 IPCPR Trade Show and is scheduled to ship in late August, 2015.

When Room 101 Big Payback was announced, it was positioned as follows:

“Over the past few years, the Room 101 Brand has come to be a success in a myriad of dimensions. Now I propose we give back to those who helped us get there in the first place. The cigars in this series are priced well below where they should be. This is a Payback of a different sort – my payback to you for the support and dedication over the years.”

At a glance, here is a look at the Room 101 Big Payback line: