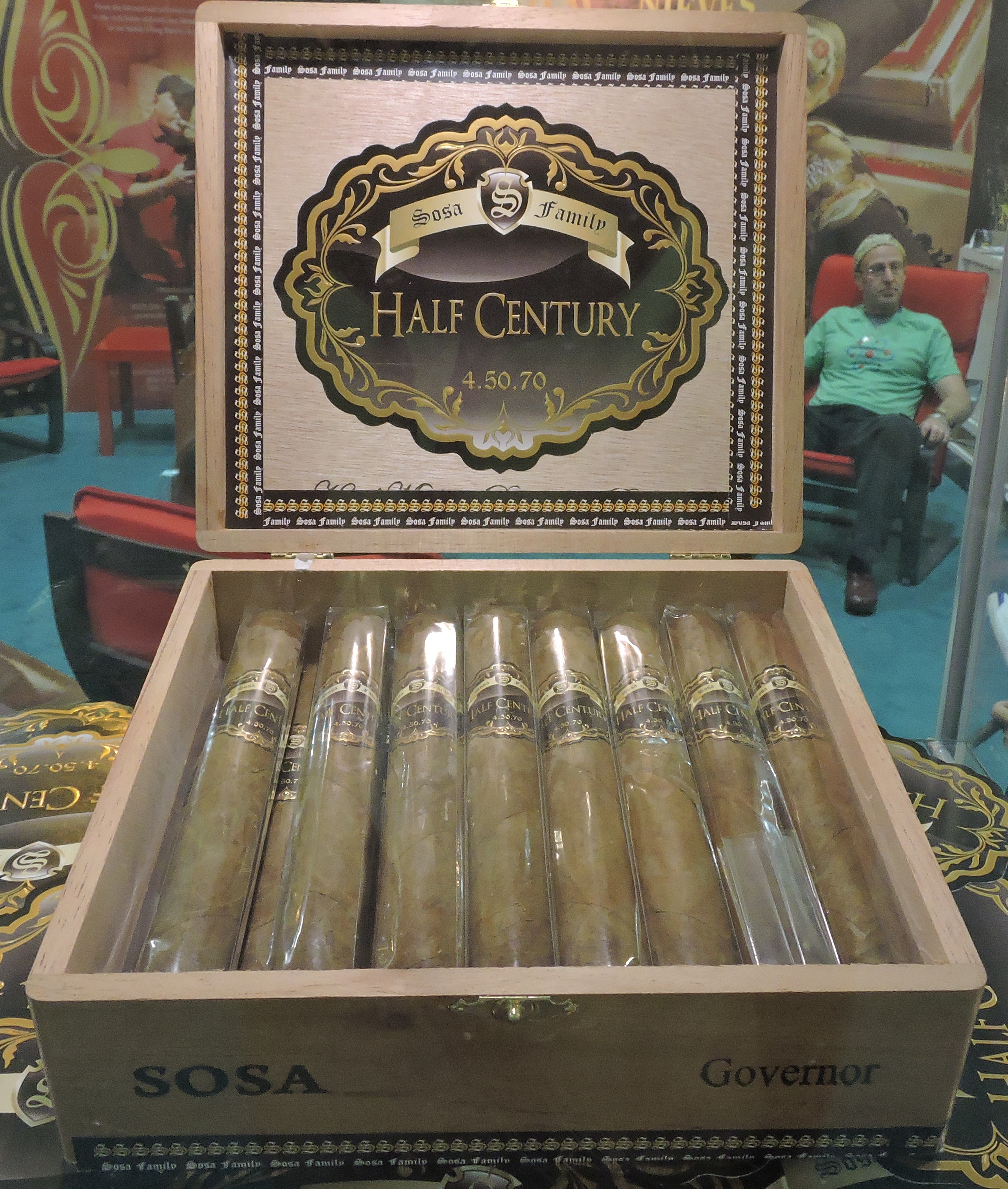 Back at the Southern Cigar Festival, Arby Sosa of Sosa Cigars told us of a cigar that was being released as a part of the 50th anniversary of Sosa Cigars called Half Century. This cigar is significant because it uses a special Cameroon seed wrapper grown in Mexico.  The Half Century was showcased at the recent 2015 IPCPR Trade Show in New Orleans.

The wrapper was discovered by the Fuente family. Arby’s father Juan B. Sosa, who manages at Tabacalera A. Fuente y Cia Factory 4 had started working with the wrapper. The end result is a limited production of 25,000 cigars being made in one size – a 6 x 50 toro called Governor.

At a glance, here is a look at the Sosa Half Century: